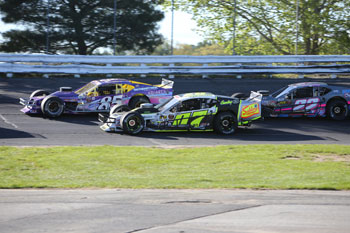 (Stafford Springs, CT)—When the NASCAR Whelen Modified Tour rolls into Stafford Speedway this Friday, August 2 for the Stafford 150, Ronnie Silk will be looking for a good finish to maintain his championship aspirations as he chases his second career NWMT championship. Silk, driver of the #85 Stuart’s Automotive Chevrolet, comes into the Stafford 150 trailing Doug Coby by 28 points in the chase for the championship. Silk drove a brand new Troyer TA3 chassis to victory in the most recent NWMT race at New Hampshire.

“This year has been great,” said Silk. “2 wins are nice but beyond that we’ve consistently been a top-5 car putting ourselves in position to win races and we’ve just got to keep on doing the same thing going forward. We feel good coming to Stafford. We had a new Troyer TA3 at New Hampshire and we’ll be bringing that new car with us to Stafford. It’s a good time of the year to roll out a new car and we’re looking forward to the race this Friday night. We finished 3rd at the Sizzler and we had a good car, hopefully we can improve on that. Our plan is to be in the mix and give ourselves a chance to win the race. The new car is one for one so far and we’d like to make it two for two at Stafford.” 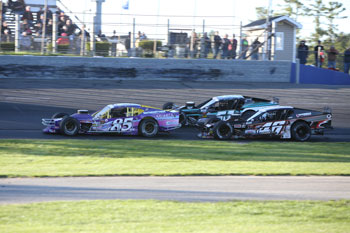 Silk is a former SK Modified® regular at Stafford, having scored 4 wins from 2002-2005. Silk has made 47 NWMT starts at Stafford with 15 top-5 and 25 top-10 finishes, but he has only won once at Stafford during his NWMT championship season of 2011.

“I’ve had a lot of good runs at Stafford with top-3’s and top-5’s but over the years Doug [Coby] and Bobby Santos have won most of the Stafford races,” said Silk.

With the pit rules for the Stafford 150 giving teams 3 new tires and one practice tire for the race and only allowing one tire change per pit stop, Silk knows it will take a combination of a fast car and correct pit strategy in order to win the race.

“In order to win at Stafford, first of all you need to have a fast car,” said Silk. “Second, the pit strategy is tough at Stafford with the one tire per stop rule and there’s really no right way to do it because you never know exactly when the cautions are going to fall. Hopefully we can react quickly enough and make the right calls when things happen. You can have the best car but if you don’t get the strategy right then you’re probably not going to win the race. You might see some teams try one or two tires, but I don’t think that will be the way to go. I think whoever wins the race will be taking a minimum of three tires.” 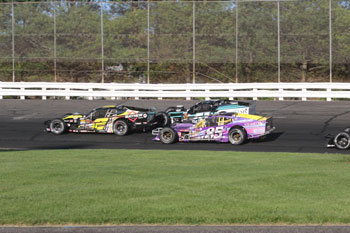 Qualifying up front is always important to have a good starting position for any race, but Silk says with the new pit rules at Stafford, not having a good qualifying effort is not the hindrance it once was.

“Qualifying used to be more important at Stafford before the new pitting procedure,” said Silk. “You knew everyone was going to pit at the same time previously when a caution would come out around halfway and now everyone has to come in multiple times, so track position changes hands back and forth throughout the race. Qualifying well is still good everywhere we go because starting up front can help keep you out of trouble early in the race.”

Silk’s first win of the 2019 season at South Boston was the first NWMT victory for car owner Kevin Stuart. Slik has since added a second win for Stuart at New Hampshire and he would like to keep adding to that win total in the Stafford 150. 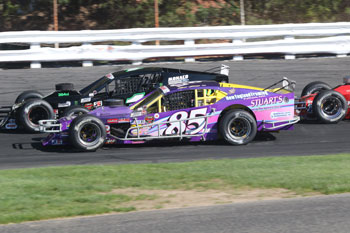 “Getting Kevin’s first Tour win was awesome,” said Silk. “Those guys are doing a great job, the cars have been well prepared at every race, and they’re showing their commitment to the series with the money they’re spending. They’re putting in the work and it was very nice to get them some results and hopefully we can get another win at Stafford.”