Ronnie Williams Geared Up For NAPA SK 5k at Stafford 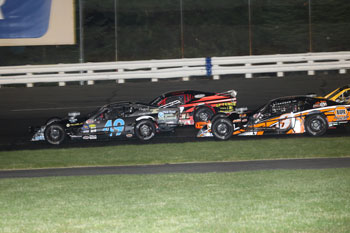 (Stafford Springs, CT)—For Stafford Speedway SK Modified® driver Ronnie Williams, the 2017 season has been the best start to a season since he started his young career at the half-mile. The Ellington native has scored top-5 finishes in each of the first 5 races of the 2017 season and recorded his first victory of the season last Friday night. The positive momentum Williams and his #49 Advice One sponsored team have built up thus far has Williams excited about his prospects for the upcoming $5,000 to win NAPA SK 5k at Stafford on July 7.

“Our confidence is pretty high right now,” said Williams. “I know we’re due to have some off tire weeks soon and that’s the only thing that we’re concerned about. We know we probably won’t win races with old tires on the car, but at the same time we have to go out there and stay consistent and keep on getting top-5 finishes, which we’ve been doing. Having confidence that we have a fast car is also huge and if we can stay out of trouble, we can be there at the end of races. The NAPA SK 5k is always a fun race and it’s the biggest race of the season for us. We’ve always seemed to do pretty well in that race. We go to the track every week wanting to win and I think we have a good chance at putting our #49 back in victory lane in the 5k race.” 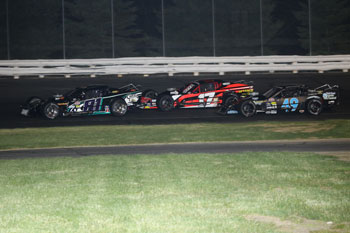 A win in the NAPA SK 5k would be something of a redemption for Williams. In 2015, he was leading the race in the late stages but spun out after contact from another car. Williams was able to recover to finish third in that race and he notched another top-5 finish with a 4th place effort in last season’s edition of the NAPA SK 5k.

“We were leading with 13 laps to go in 2015 and we got spun out and I think we finished third or fourth last year,” said Williams. “[Crew Chief] Stash has won a lot of extra distance races with Frank Ruocco and the 5k is a race we definitely want to win. Any win you can get in modified racing is special. We’re racing against the best drivers in the country in the SK Modified® division every week and a win would be some vindication for myself. I like to call that 5k races a couple years ago my Bill Buckner moment when we got spun out. I wish I could go back and do something different and have that moment back. It would be special to me to be able to put that 2015 race behind me and not have to worry about it any more.” 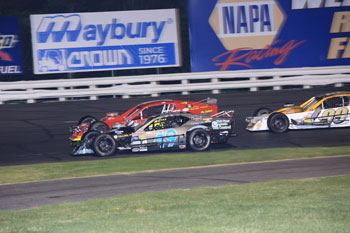 Williams’ string of top-5 finishes to start the season off sees him sitting atop the SK Modified® points standings for the first time in his career. Although Williams acknowledges the accomplishment, he says that he and his team won’t change anything as their focus is on having the best car and getting the best finish they can each Friday night at Stafford.

“I wish we were at the Fall Final now with the point lead but we still have 75% of the season left to go and a lot can change,” said Williams. “Obviously we’re in a good spot right now, but that doesn’t mean anything because it can all change in one week. It’s a different feeling but I’m not really feeling any pressure. We’re just going to keep on showing up to the track and do what we do. If you had told me back when I was a kid sitting in the turn 4 grandstands watching the races that I would one day be leading the SK Modified® points, I would have told you you’re nuts. We’ve been fast every week we just hadn’t been lucky yet. Last Friday we had everything line up for us, we were on the inside for the restarts and things like that. In a perfect world I’d like for the remaining 15 races to go like that but the reality is that it’s not going to be like that. We just have to make the best of any bad situations and take advantage of the good situations like we had last Friday night.” 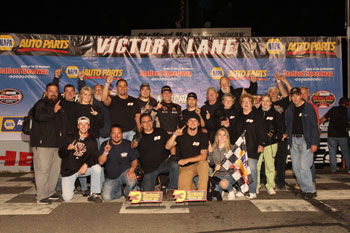 Williams’ first win of the 2017 season last Friday night was an extra special victory for him and his crew as Williams is carrying the names of his grandfather Fred Peckham and Uncle Jack Williams on the car which he renumbered to 49 for this season in honor of Fred Peckham’s number when he raced modifieds at Stafford. Both Fred Peckham and Jack Williams passed away during the off-season.

“It was definitely one of my most special wins,” said Williams. “The names we’ve got on this car, we lost two great men over the offseason and that win was definitely for those guys. I’ve got both their pictures in my pocket and I was racing for them.”

Tickets for the July 7th NAPA SK 5K are available and on sale now. Discount tickets are available at participating NAPA Stores, offering a $28 Adult General Admission ticket which also includes the BBQ dinner. Tickets can also be purchased by calling the box office and are priced at $30.00 for Adult General Admission, $5.00 for kids ages 6-14, and kids 5 and under are admitted free of charge when accompanied by an adult. Reserved seating is $32.00 for all ages. All ticket prices include 10% CT Admission Tax. Stafford Speedway offers free parking with free overnight parking for self-contained RV’s available.