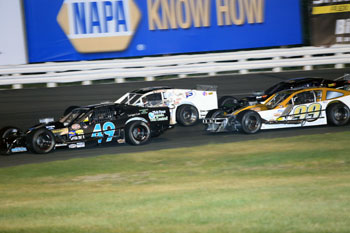 (Stafford Springs, CT)—With only 4 races left in the 2017 NASCAR Whelen All-American Series season at Stafford, drivers are angling to position themselves to make a run for the track championships. One driver in such a situation is Ronnie Williams, driver of the #49 Advice One SK Modified®. Williams enters the final 4-race stretch currently second in the points standings, 10 points behind Chase Dowling.

“I would say the season has been pretty consistent,” said Williams. “We haven’t had the fastest car at times but we definitely haven’t had the slowest. We’ve kept ourselves in contention. Chase has been fast and of course Teddy has been quick and we’re ahead of Teddy in the points and Chase is only a short distance away from us. We could definitely be in a better position than we are now even though we’re not in a bad position, 10 points is almost nothing and there’s a lot of racing left to go.” 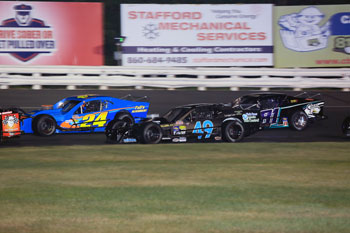 With 4 races left in the season, Williams can’t afford to be conservative in his race approach as there is only a 38 point spread, or 16 positions on the track, between the top-6 drivers in the SK Modified® standings. Williams and Keith Rocco are tied for second, 10 points behind, Ted Christopher is 24 points behind in fourth, Rowan Pennink is 28 points behind in fifth, and Todd Owen is sixth, 38 points behind. With such a close spread, one bad night could spell doom for one of the championship hopefuls.

“Not making any mistakes is the focus these last 4 races,” said Williams. “I think there’s 5 or 6 drivers still going for the championship right now and with only 4 races left, one bad night will probably take one of us out of it. We just have to take one week at a time and go for top-5 finishes and if a win is there, then try to win. We have to stay aggressive. I think if we plan on trying to watch out for wrecks, then we’re probably going to end up in a wreck so we have to keep on making moves that we’ve made all season long.” 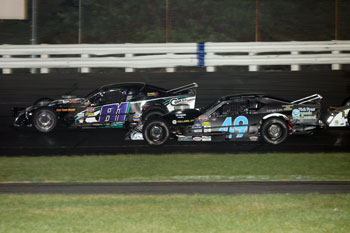 “Another win would be awesome, but I’d be happy with four fourth place finishes in the last 4 races while maybe someone like Chase [Dowling] wins 2 of them but has a crash,” said Williams. “We’re looking at the big picture and going for the championship. If we have a fast car wins will come our way but we’re just looking to be in contention to go for the championship. I’d like to think we have another win in the car before the season is over. I know I said we lacked speed in the early part of June but I feel like we’ve found it again this last month. At the beginning of the year we were fast but we didn’t have much luck where now we just need to be a little lucky. If we have a race where maybe the car isn’t as good as it needs to be, we just have to salvage the best finish that we can get and then come back the next week and try again.”

Williams began the 2017 season with a heavy heart as during the off-season, he lost his grandfather Fred Peckham along with his uncle Jack Williams. Williams renumbered his car from 59 to 49 to honor his grandfather, who ran the number on his SK Modified® at Stafford. If Williams can win the championship this season, he says it would mean the world to him and his entire family. 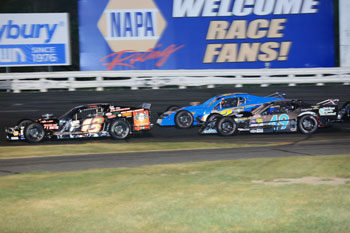 “It would be a great thing for our team and to win a championship at Stafford racing against the guys that we do in order to win the championship would be insane,” said Williams. “It would be amazing for our family and it would probably mean that I would keep the number 49 on the car for the rest of my career. It was a tough year losing my Grandfather and Uncle and you wish they could be here to see everything, but this season was dedicated to them and a championship would mean a lot to our entire family. But I’m not really focused on that yet because one bad race can change a lot.” 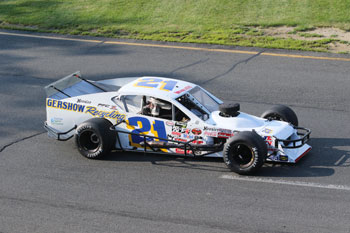 In addition to racing for the SK Modified® championship, Williams will be racing the #21 Gershow Recycling car owned by the Bertuccio family in the Whelen Modified Tour race during NAPA Fall Final Weekend on Sept. 30-Oct. 1. Williams has made 6 starts in the #21 car already this season and he is looking forward to returning to Stafford.

“I think racing against the guys I’ve raced against at Stafford the last few years really helped me feel confident going into the Tour races,” said Williams. “I have a good car with the Bertuccio’s on my side and it’s been a lot of fun so far. I’m hoping we can be real good in that race. Racing my home track for the Fall Final will be pretty cool, especially after watching them for so many years sitting in turn 4 as a fan. I think we’ll be really good in that race and we learned a lot in the August Tour race at Stafford.”

Williams and the SK Modified® division will kick off the 4-race run for the championship this Friday night, September 8th as part of the First Responders Appreciation Night program at Stafford. All First Responders (EMT, Fire, Police) will receive a general admission ticket for only $10 by showing their I.D. at the admission gate. Regular tickets are priced at $17.50 for adult general admission, kids 6-14 are $5.00 and kids 5 & under are free. Reserved seating is available for $20 for all ages. All ticket prices include 10% CT Admission Tax. Stafford Motor Speedway offers plenty of free parking along with overnight parking available for self contained Recreational Vehicles.