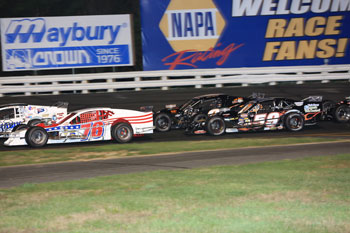 (Stafford Springs, CT)—When the 2017 season kicks off at Stafford Speedway on April 28-30 for the NAPA Auto Parts Spring Sizzler, SK Modified® driver Ronnie Williams will begin what promises to be the busiest season of his racing career. The Ellington native has plans to pilot his family owned #59 Advice One Chevrolet in the SK Modified® division along with the John Jensen owned #79 modified in the two Valenti Modified Series events at Stafford on May 19 and Sept. 1 and the two Modified Touring Series events at Stafford on June 2 and July 21.

“We’re coming back to my favorite track which is Stafford, we have a Thompson deal with the Jensen family and and we’re going to see how we do at Waterford,” said Williams. “No matter what happens, Stafford is my favorite track and the track that I want to be racing at. The Jensens are going to give me a good car for the MRS and MTS races at Stafford and my SK Modified® crew chief Stash Butova will be doing the setup. For those races I’d be happy with a top-10 or top-5 finish and if we have a chance, we’ll go for the win. I’d love to be able to get the Jensen family a win in their car. That would be great for them and us.” 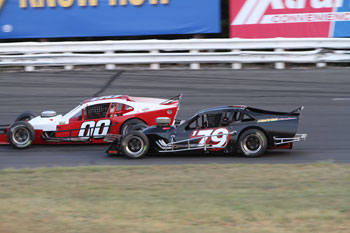 In addition to his Stafford duties, Williams will also pilot the Jensen owned #79 at Thompson for their 7-race schedule as well as driving his family owned car at Waterford. With three tracks on his agenda for the 2017 season, Williams has his eyes set on getting into contention for the NASCAR Whelen All-American Series National Championship.

“Racing at Stafford, Thompson, and Waterford is going to give us a good shot at racing for the National Championship, which is something that everyone on the team would love to be a part of,” said Williams. “Guys like Keith Rocco, Teddy Christopher, and Rowan Pennink are always up there in those standings and it would be our goal to be up there with those guys. I know what we have for equipment, the Jensens are 100% committed to the Thompson car, so we have everything we need and I don’t see why we couldn’t be a contender. If we can have consistency along with winning some races, the championship will fall into place. We need to take care of the little things first and then we can make the big goal a reality.” 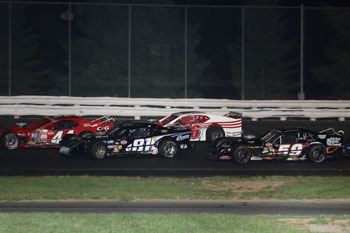 To be a national championship contender, Williams will need to win races and he has his focus set squarely on putting his #59 back in NAPA Victory Lane. Since Williams began racing at Stafford in the SK Light division in 2012, he had recorded at least one feature win in each season until getting shut out last year. Williams also has his sights set on an SK Modified® track championship, which would be a first for him.

“Last season was disappointing of course, but Stafford has always been my home track and it will always be my favorite track,” said Williams. “Things happen and you learn from it and move on. I think 2017 is the most excited I’ve been for a start of a season than any other year in my career. I’m not really worried about what happened last year, we’re just focusing on this season and seeing where it’s going to take us. We had 6 wins in 2015 and then last year we had consistency even though we didn’t win a race. This year is the time to take those two things and put them together so we have a combination of consistency and race wins. I’ve won a couple championships on Playstation, but never in my racing career. Hopefully we can turn that around this season.” 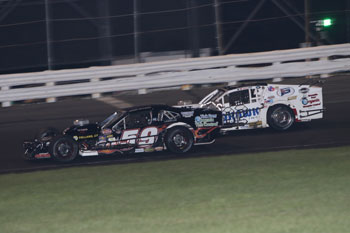 With the SK Modified® division changing to a slightly harder tire for the 2017 season, Williams is confident that he and his team can get back to their winning ways.

“I think sometimes we were trying too much last year,” said Williams. “Not to use this as an excuse, but I don’t think we ever really got comfortable with the tires. We either had a car that was fast at the start of a run or we had a car that got very tight at the end of a run. We could never figure out the sweet spot to get speed out of the tires.   Going back to a harder tire this season gives me more confidence based on our 2015 performance. Last year was an off year for us at Stafford and it sucked, but we’re not going to be giving up. We’ll just come back stronger this year and work that much harder to get the car back into NAPA Victory Lane. I think the competition is going to be the same as the last 3 years I’ve run in the SK Modified® division. Keith Rocco, Teddy, and Rowan Pennink are all going to be up there again. Woody Pitkat left, so that might be a bonus, but those guys are the best in the business and the competition level is high at Stafford. There’s probably about 10 cars that can win on any given night at Stafford and it’s tough, but as racers that competition is what we live for.” 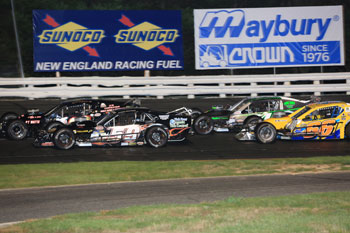 One area where Williams feels like he can shine is in the extra distance NAPA SK 5k on July 7 and the Dunleavy’s Modifiedz Night on May 26, which will see the SK Modifieds® run 50 laps instead of their customary 40 laps. Williams has had some success in extra distance racing, nearly winning the NAPA SK 5k in 2015 before he recovered from a late race spin with Frank Ruocco to finish third and he finished fourth in last year’s NAPA SK 5k.

“The 5k should be a good race for us,” said Williams. “We finished 4th last year and then the year before we were racing for the win before I had what I like to call my Bill Buckner moment. I still replay that race in my mind all the time. I know Doug Dunleavy is doing a little something extra for the Modifiedz Night in May and whether it’s 10 extra laps or 100 laps for the 5k, I feel like we always do well in the longer distance races. I don’t know if that’s from watching Frank Ruocco all those years or Stash Butova having a great setup for the longer races. Those races are definitely events that we have circled on our calendar that we want to win.” 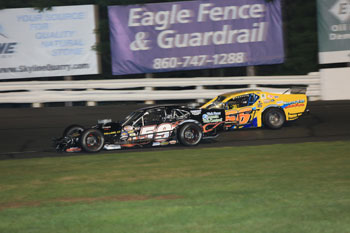 Williams and the rest of the SK Modified® field will get their first on track experience of the new year in the 46th Annual NAPA Auto Parts Spring Sizzler on April 28-30. Tickets for the “Greatest Race in the History of Spring” are on sale now at the Speedway Box Office. Tickets are priced at $40.00 for adult general admission tickets, $5.00 for children ages 6-14, and children ages 5 and under are admitted free of charge when accompanied by an adult. Reserved seating is priced at $42.00 for all ages. As always, Stafford Motor Speedway offers free parking with overnight parking available. All tickets are good for both Saturday and Sunday admission. All ticket prices include 10% CT Admission Tax.