With Stafford Motor Speedway broadcasters Ben Dodge and Matt Buckler serving as the Masters of Ceremony, the 50th annual Stafford Motor Speedway NASCAR Champions Awards Ceremony recognized the top-10 points finishers from the SK Modified®, Late Model, SK Light, Limited Late Model, and Street Stock divisions as well as honoring the track champions.  Special awards that were presented during the evening’s festivities were Most Popular Driver Awards, NAPA Auto Parts Parts Rookie of the Year, R.A.D. Automachine Rookie of the Year, and the UNOH Youth Achievement Award.  Meghan Fuller was recognized as the winner of the RSMPCO.com Street Stock Triple Crown and NAPA Auto Parts was recognized for their fund raising efforts for the Intrepid Fallen Heroes Fund. 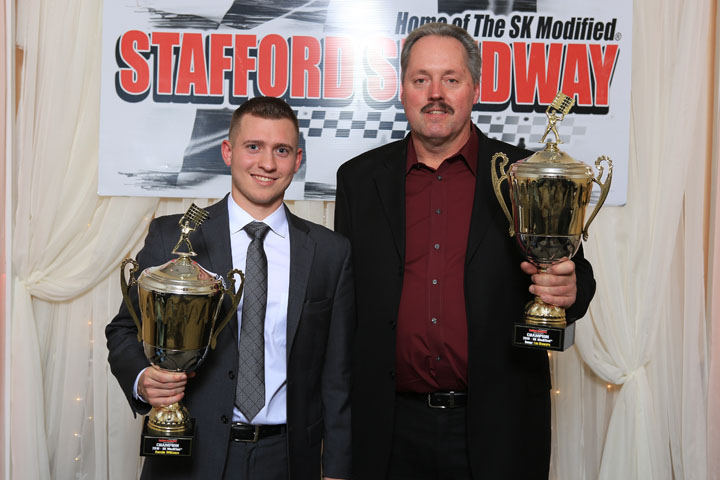 Ronnie Williams and the #50 Les’s Auto Center / Empower Financial team had a rough start to defending their SK Modified® track championship.  Williams and the #50 team endured a wreck in the season opening NAPA Spring Sizzler® feature event and a faulty transmission in the May 31 feature event left them nearly 80 points out of the lead after only one month of racing.  Williams and the #50 team began to pick up steam with their second consecutive victory in the NAPA SK 5k on June 28 and from there they recorded 9 podium finishes in the final 12 races of the season.  Williams’ late season charge saw him enter the NAPA Fall Final with a 6 point lead over Todd Owen, meaning that if he finished fourth or better, he would be champion no matter where Owen finished.  Owen went on to win the Fall Final while Williams struggled to crack the top-4 for much of the 40-lap race, but he managed to take fourth place with 3 laps to go and he finished fourth to claim the championship via a tiebreaker with Owen as Williams had 5 wins to Owen’s 4.  For the season, Williams and the #50 team scored 5 wins, 13 top-5 and 18 top-10 finishes.  Williams enters the 2020 season looking to become the first driver to win 3 consecutive championships in Stafford’s SK Modified® history, dating back to 1982. 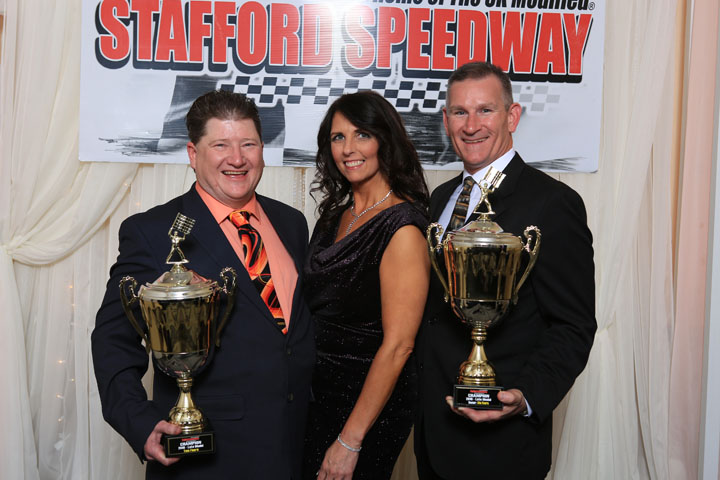 The 2019 Late Model season at Stafford saw Tom Fearn and the #92 King Ward Coach Lines team continue their recent run of consistent dominance.  Fearn scored 8 wins, 17 top-5 and 19 top-10 finishes while also completing 100% of the laps run this season in the Late Model division.  Of Fearn’s 17 top-5 finishes, 14 were podium efforts and his 8 wins moved his total to 30 Late Model feature wins since the beginning of the 2016 season.  Fearn will look to join Phil Rondeau (’87-’89) and Ryan Posocco (’03-’05) as the only drivers to win 3 consecutive Late Model championships. 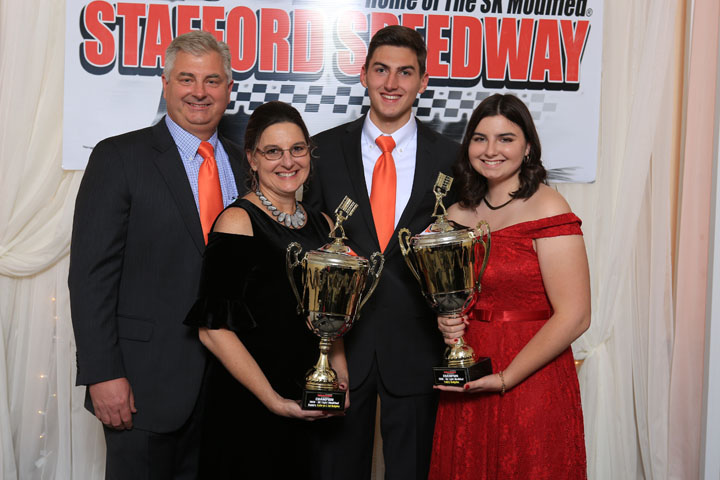 The race for the 2019 SK Light championship was a season filled with peaks and valleys for Teddy Hodgdon and the #55 Montanari Fuel team.  Hodgdon was in control of the points race for much of the year but several stumbles in the latter stages of the season saw Hodgdon and rookie Steven Chapman swapping the point lead back and forth between themselves.  Hodgdon and the #55 team were able to put together a storybook ending to their 2019 season with wins in the final 2 races of the season, but disaster nearly struck Hodgdon in the NAPA Fall Final.  Hodgdon received damage to his left front after Bob Charland spun out directly in front of him and then Hodgdon lost the clutch in his #55 team, meaning he had to navigate the final 3 restarts of the race with nothing but high gear.  For the season, Hodgdon and the #55 team notched 5 wins, 12 top-5 and 15 top-10 finishes. 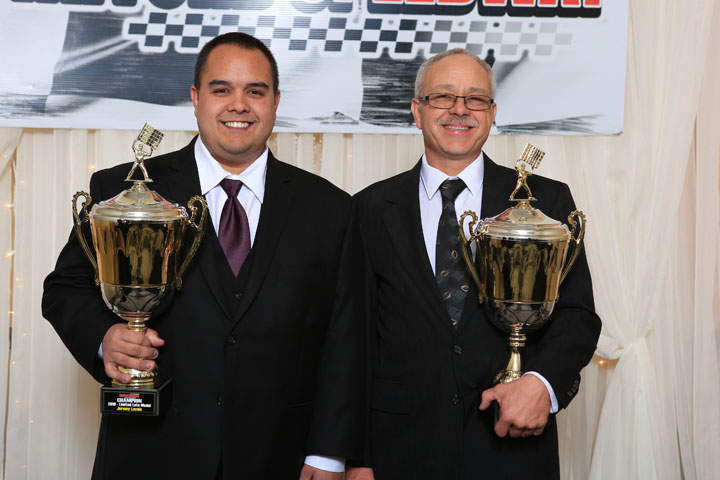 After a dominant run to the 2018 Limited Late Model championship, Jeremy Lavoie had anything but a dominant run in 2019 on his way to a second consecutive track title.  Lavoie and the #6 L & S Equipment team opened the season with a win on May 4 but with Matt Clement racking up 7 wins in 2019, Lavoie only found himself leading the standings for 3 weeks during the summer months.  Lavoie took control of the championship race following the August 23 feature event and he closed out the season with 7 consecutive podium finishes to take his 2nd consecutive championship by a scant 4 point margin over Clement.  For the season, Lavoie posted 5 wins, 19 top-5 and 20 top-10 finishes and he will now look to become the first driver to win 3 consecutive Limited Late Model championships after joining Duane Provost as the only drivers to go back to back. 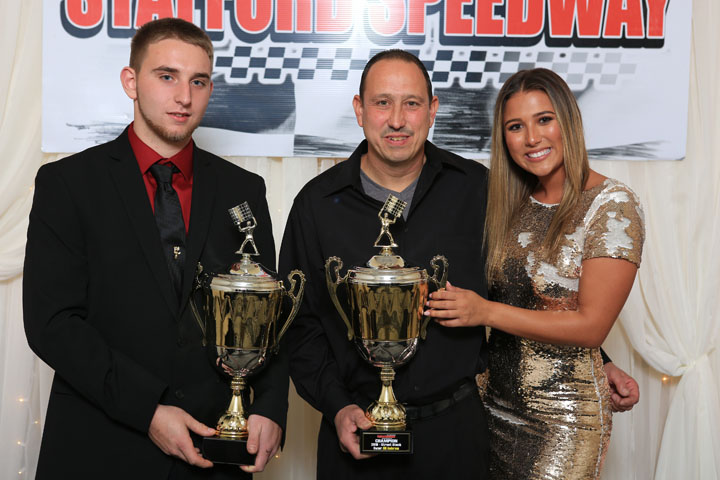 Coming into the 2019 season, Zack Robinson wasn’t sure how his season would play out after getting a call during the off-season to drive the #89 First Class Automotive, LLC. car owned by Bill Anderson.  Robinson and the #89 team quickly put any doubts about being a new combination to rest by winning 3 of the first 7 races.  Robinson and the #89 team were a model of consistency throughout the 2019 season as an 18th place finish on May 11 was the only race all year long that saw Robinson finish lower than 7th.  For the season, Robinson posted 5 wins, 16 top-5 and 19 top-10 finishes.  Robinson currently doesn’t have his 2020 plans set in stone yet so stay tuned to see if he will return to the Street Stock division to defend his title or make a move up the ladder into a higher division at Stafford. 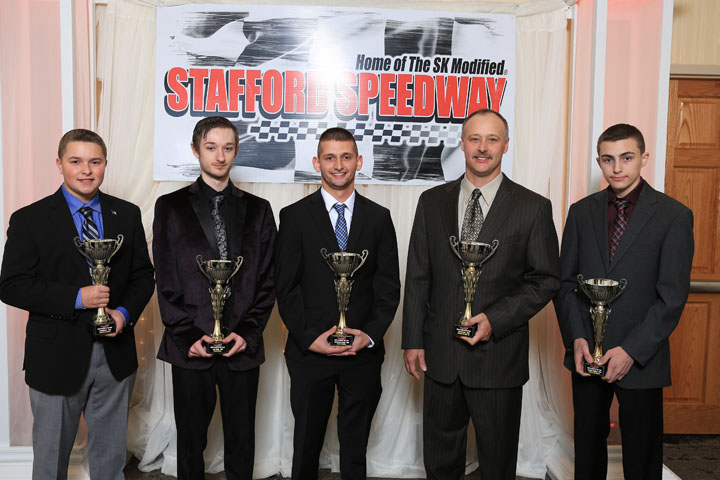 The NAPA Auto Parts Rookie of the Year awards were presented to Andrew Molleur from the SK Modified® division and Ryan Fearn from the Late Model division.  Taking home R.A.D. Auto Machine Rookie of the Year honors were Steven Chapman in the SK Light division, Kevin Crosby in the Limited Late Model division, and Adrien Paradis, III in the Street Stock division.  The NAPA Auto Parts rookie awards will be worth a $1,000 bonus to Molleur and Fearn, with Chapman, Crosby, and Paradis each winning a $500 bonus from R.A.D. Automachine that will be paid out in $100.00 weekly increments to each driver as they attend events during the 2020 season. 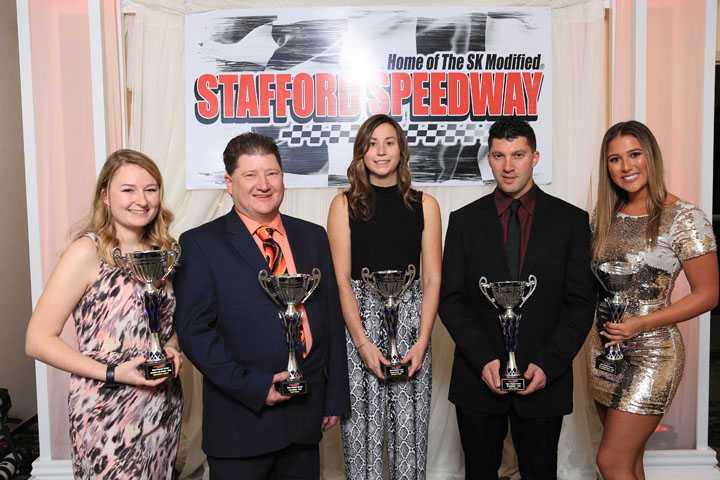 The winners of the Most Popular Driver Awards were Keith Rocco in the SK Modified® division, Tom Fearn in the Late Model division, Sami Anderson from the SK Light division, Alexandra Fearn from the Limited Late Model division, and Meghan Fuller in the Street Stock division.  The Most Popular Driver Awards are voted on by the fans who attend Stafford Motor Speedway race events and fill out the ballots found in the track’s weekly PitStopper Magazine combined with an online vote. 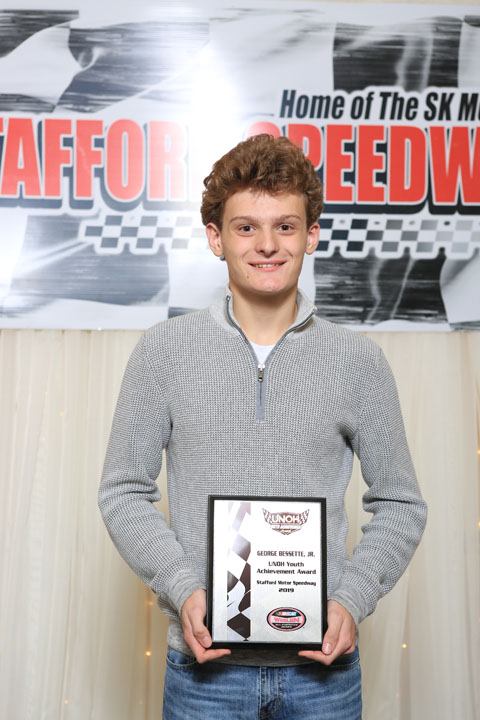 The UNOH Youth Achievement award was won by Street Stock driver George Bessette, Jr.  The UNOH Youth Achievement Award is a program that is open to all drivers at Stafford between the ages of 14-17.  Bessette was the eligible driver from Stafford who scored the most track points from his best 14 finishes this season and he will take home a $500 cash award from UNOH as well as a $500 scholarship award from UNOH. 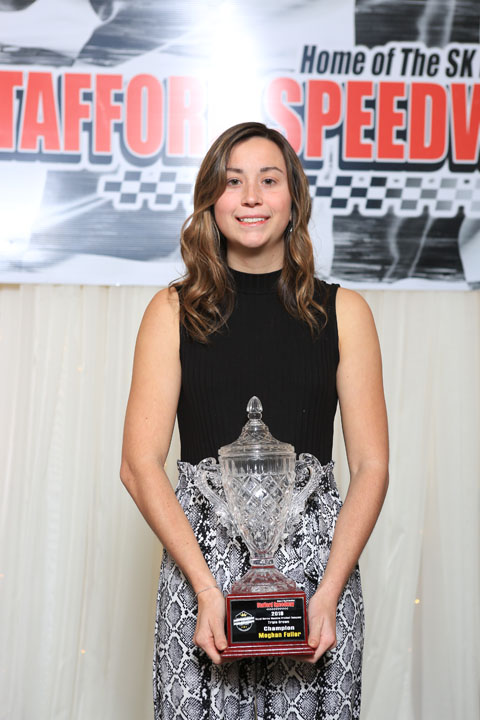 New for the 2019 season was the RSMPCO.com Street Stock Triple Crown.  The RSMPCO.com Triple Crown awarded $4,500 in bonus money to the top-10 finishers with Meghan Fuller taking home the winner’s share of $1,000.

Also recognized on stage was NAPA Auto Parts’ fundraising efforts consisting of a track walk held in July, tee shirt sales at the NAPA Spring Sizzler, NAPA SK 5k, NAPA Fall Final, and throughout the 2019 season.  Along with Advanced Mobile Cleaning placing the winning bid of $750 for the Welcome to the Show Banner, over $7,500 will be donated to the Intrepid Fallen Heroes Fund.  This brings the 5-year fund raising total for the Intrepid Fallen Heroes Fund to over $42,000.