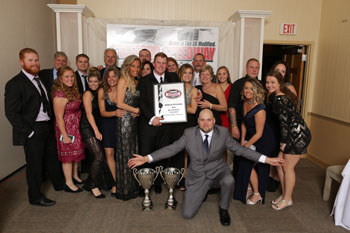 “We haven’t talked about it yet,” said Pennink. “Obviously that’s what we’re coming back to do this year and it would be awesome if we could win the championship again this year. It would mean a ton for us. It would be a huge honor to have that happen and Stafford is my favorite place to go racing every Friday night. I started off a long time ago racing modifieds at Stafford and not only myself as a driver but the 99 team also, we’ve both come a long way and the goal is another championship. This will be my fifth year running for Bob and Kelly and it’s been four years and two championships together.” 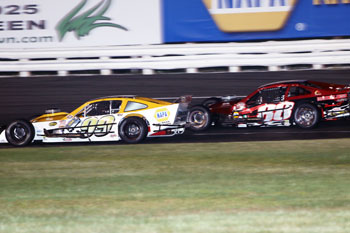 Pennink began driving for the #99 team back in 2013 and the combination looked to be destined for great things as they won in only their third race together. In racing, sometimes as quickly as you get to the top you can be relegated right back down and that’s what happened to Pennink and the #99 team as they went 22 races between the 2013 and 2014 seasons before finding themselves back in NAPA Victory Lane for a second time by taking the checkered flag in the inaugural NAPA SK 5k race. Things have really taken off since that second win, with the Pennink/99 team combination recording an astounding 18 wins in 49 starts, which works out to a winning percentage of 37%, and back to back championships.

“It seems like just yesterday that I heard Woody [Pitkat] wasn’t going to be driving for Bob and Kelly anymore and I gave Bob a call about running the car,” said Pennink. “We won one race that first year I ran for them, and that was an older car that they had. I’m much more comfortable in the car that I’m driving now but I remember that first season with the new car we always had a fast car but it seemed like we could never finish a race. Eventually things started going our way and we’ve been able to keep things on that track and not get back into a bad groove. We’re going with pretty much the same thing we had last year with Kevin Crowley as the crew chief and all the same crew guys. I think every year since I’ve started running at Stafford for Bob and Kelly the team has gotten stronger and each year we’ve gotten better and better. Hopefully we can keep going in that direction and win more races and another championship.” 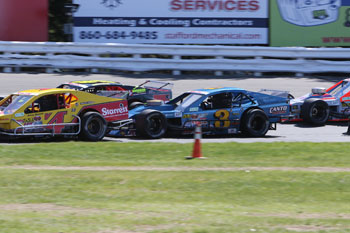 Another area where Pennink will hope to continue his good vibes is on the NASCAR Whelen Modified Tour with the Boehler Family owned #3 machine. At the first race of the 2017 season, Pennink qualified third and finished 7th after leading 38 laps at Myrtle Beach and he is looking for his first Stafford victory in the upcoming NAPA Spring Sizzler on April 29-30. Pennink has 5 top-5 and 7 top-10 finishes in 9 career Sizzler starts with a career best finish of second in the 2011 Sizzler.

“I think we had a car that was capable of winning [Myrtle Beach] and we were able to lead some of the race,” said Pennink. “The car was real fast and things didn’t quite play out how we needed them to at the end but everyone on the 3 team did an awesome job to get the car ready for the race and hopefully we can keep that up for the rest of the year. We didn’t get the finish that we wanted but everyone knew we were there and we had a really good car. That makes you want to get back in the seat and get to the next race. We have Thompson next and then Stafford for the Sizzler. We came real close to winning a race last season with the 3 team and I’d be surprised if we didn’t get a win together this year. I have a great bunch of teams and car owners that I drive for and they’re all doing the best that they can to give me the best car they can and I can’t thank them all for supporting me and going racing with me every weekend.” 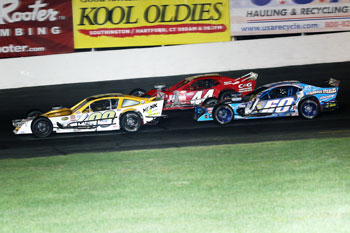 Pennink will begin his quest for a 3rd championship in the “Greatest Race in the History of Spring,” the 46th Annual NAPA Auto Parts Spring Sizzler on April 29-30. Tickets are available and on sale now at the Speedway Box Office. Tickets are priced at $40.00 for adult general admission tickets, $5.00 for children ages 6-14, and children ages 5 and under are admitted free of charge when accompanied by an adult. Reserved seating is priced at $42.00 for all ages. As always, Stafford Motor Speedway offers free parking with overnight parking available. Tickets are good for both Saturday and Sunday admission. All ticket prices include 10% CT Admission Tax. Discount Tickets will be available at all 71 participating NAPA Auto Parts stores beginning on Monday April 3rd. For a full list of the 71 locations throughout Connecticut, Massachusetts, New York, Rhode Island, and Vermont, please call the speedway office or visit us on the web at www.staffordmotorspeedway.com/participating-napa-auto-parts-stores.

For more information or to order tickets for the 46th Annual NAPA Auto Parts Spring Sizzler, contact the Stafford Motor Speedway track office at 860-684-2783 or visit us on the web at www.staffordspeedway.com.