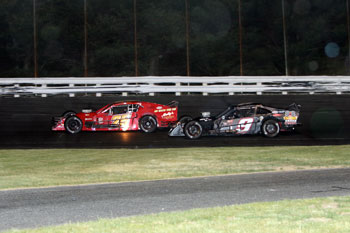 (Stafford Springs, CT)—Over the past several seasons, Rowan Pennink and the #25 Gary Casella owned team have proved to be one of the cars to beat at Stafford when it comes to VMRS or open modified shows. Pennink has 3 VMRS wins over the past three seasons and he ran among the leaders in the June 8 Open Modified 80 before finishing fourth. With the Bud Light Open Modified 80 set to take the green flag on July 13 at the Connecticut half mile, Pennink will be looking to add another win to his victory tally.

“We didn’t win the last race at Stafford so I’m sure the guys at the 25 shop will put their thinking caps on and come up with something a little different because they all want to win,” said Pennink. “I’m sure they’ll have another strong car for me like they’ve had all season long. The 25 guys have a good setup for Stafford and the group of guys that Gary Casella has working on the car all work really hard, so it’s usually right where it needs to be when we show up at the track. A lot of times races are won with the hard work in the shop and those guys always do a good job and hopefully it’ll be the same when we get to Stafford. Tommy Barrett had a great car last time out and he ended up winning the race so you definitely have to be on the top of your game.” 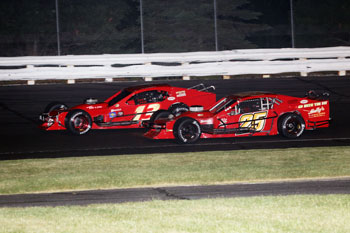 The Bud Light Open Modified 80 allows teams a total of 6 tires for qualifying and the race, allowing for teams to change tires during the 80-lap run. Pennink ran among the leaders in the first half of the June race but after the tire change his car wasn’t quite as good in the handling department and he finished fourth. Pennink says that a little different strategy could see them once again fighting for the win.

“We ran with the leaders for most of the race, we just fell off a little towards the end so hopefully we can improve on that,” said Pennink. “It seems like the 25 guys always have a fast car at Stafford. When we changed tires in the last race, the car was a little off balance so we’ll need to have it a little better for the end of the race so we can be towards the front. I think mainly changing our pit strategy around a little as when to come in and get tires will be the difference. Maybe a little later pit stop would help us keep the balance on the car so it’s fast at the end.” 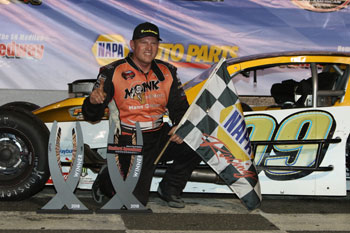 As well as the Bud Light Open Mod 80, Pennink will be looking to add another SK Modified® feature win to his credit. The 2018 season began strong for the #99 NAPA Van Wickle Auto Supply team with a win and top-6 finishes in each of the first 5 races, but he has managed only one top-10 finish in the last 5 races. With the TC 13 Shoot Out and $1,313 going to the winner, Pennink is hoping to get his season turned back around in a positive direction.

“It sounds like a pretty interesting race and it should be a lot of fun,” said Pennink. “It’s something new so we’ll have to see how it goes. It’s pretty cool that Stafford changes things up and comes up with new races for us. We haven’t had a great season so far. We finally got our primary car going pretty good and we won a race and we were running up front when we got wrecked. We still don’t have that car back yet, so we’ve been running our backup car and we just haven’t been able to get it quite as fast as our primary car. That’s how seasons go sometimes so we’re going to have to keep moving on to get back in the right direction. We want to run up front and the team could use a boost, so it would be great to win that race.”

With 1 week left to go until the Bud Light Open Modified 80 and TC 13 Shootout take the green flag, teams are encouraged to contact the speedway office to register for the Mod Open 80-lap event or complete the online form. Tickets for the Bud Light Open Modified 80 are priced at $30.00 for adult general admission, $5.00 for children ages 6-14, and children ages 5 and under are admitted free of charge when accompanied by an adult. Reserved seat tickets are $32.00 for all ages. All ticket prices include 10% CT Admission Tax. Stafford Motor Speedway offers plenty of free parking along with overnight parking available for self contained Recreational Vehicles.