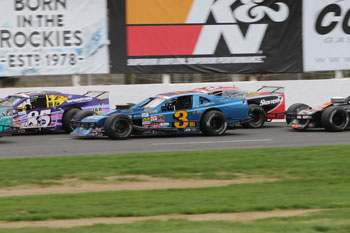 (Stafford Springs, CT)—Rowan Pennink is ready to battle for the checkered flag in the 47th Annual NAPA Auto Parts Spring Sizzler® on April 28-29 at Stafford Speedway. Although Pennink has won 19 SK Modified® races and two VMRS races at Stafford, he is still in search of his first NWMT victory at the Connecticut half-mile facility. Pennink has a strong career record in “The Greatest Race in the History of Spring” with an average finish of 7.5 in 10 starts and he hopes that 2018 will be his year to add his name to the list of NAPA Spring Sizzler winners.

“I’m excited about the Tour this season,” said Pennink. “It was disappointing that I couldn’t make it down to Myrtle Beach with my back but better to be safe than sorry when it comes to letting my back get healed up. We finished third at Thompson so I’m excited to get back in the car and head to Stafford and get a good run in the NAPA Spring Sizzler®. I think we’ve made a lot of progress with the 3 car at Stafford and sometimes we’ve had better races than others but usually we have a strong car. One of these times it’ll play out right for us and we’ll be out front and hopefully we can get a Tour win at Stafford.” 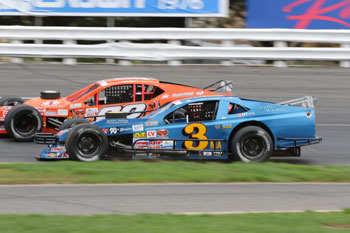 One area that Pennink could take advantage of is the race strategy department. With drivers only allowed one tire change per pit stop, Pennink says the key for him will be to have fresh tires and good track position at the end of the race to be able to fight for the win.

“I think the strategy of the Sizzler® will be a lot different this season,” said Pennink. “Hopefully the guys on the 3 team will have something thought out for a good plan. I think the fans are going to see all kinds of different strategies going on and what would be perfect for me is to have some good tires on the car with good track position at the end of the race so we can go for the win. Track position is always important at Stafford so we’ll have to see how things play out once the race gets started.”

In addition to the NAPA Auto Parts Spring Sizzler®, Pennink will be looking to get back to his winning ways with the #99 Independent Wheel SK Modified® team. After winning 12 races and back to back championships in 2015 and 2016, Pennink and the #99 team finished fourth in the 2017 standings but only had one feature victory. 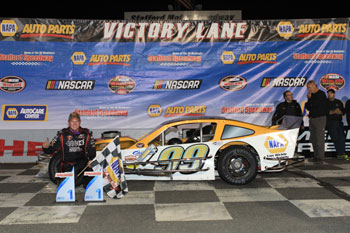 “I’m looking forward to this year with the 99 team,” said Pennink. “Any time you win the amount of races we did along with two championships in a row, you expect high things. But then you always know in the back of your mind that at some point it may come to an end and things won’t come as easy, but that’s racing. We didn’t have a bad season last year, it just wasn’t what we wanted. I think if anything, it’s going to push us harder to come back stronger than we’ve ever been and see if we can’t get back to where we were. We struggled a little last year with getting the hang of the new tire that we had but I know all the guys working on the 99 car are making a lot of changes for this year. I think the new tire maybe favored the Troyer cars a little better than our CD car but that’s all part of the game. It wasn’t like we were a slow car last year. We just didn’t have the speed we needed to come from the back to the front in 40-laps and contend for wins. Hopefully we can get back to that and have some fun on Friday nights at Stafford.” 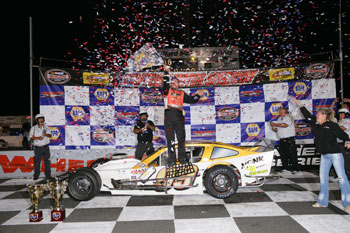 One race that Pennink has marked squarely on his 2018 calendar is the NAPA Auto Parts SK 5k on June 29. Pennink won the inaugural NAPA SK 5k back in 2014 and that win propelled him to four more wins that season followed by his championship seasons of 2015 and 2016. In 4 years the NAPA SK 5k has yet to have a repeat winner with Pennink, Ryan Preece, Ted Christopher, and Chase Dowling each having won the extra distance classic. Pennink would like nothing more than to become the first 2-time winner of the event.

“The NAPA SK 5k is a race that all of the SK Modified® drivers circle on the calendar and I’m excited for the race again this season,” said Pennink. “I love racing extra distance in the SK Modifieds®. The 40-lap races are a lot of fun at Stafford but every once in a while it’s nice to be able to run an extra distance race. I’m sure the race will be 100 laps again this year and hopefully by that point in the season we’ll have the 99 car back where it needs to be. It was awesome to win the first NAPA SK 5k race and we’ve been close to winning it again. I finished second behind Teddy Christopher 2 years ago and last year we finished 3rd and I’d love to be the first driver to win the race twice.”