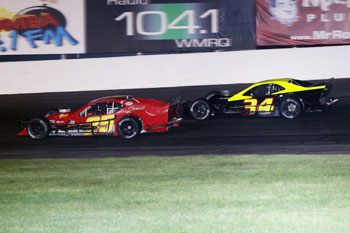 (Stafford Springs, CT)—While Rowan Pennink is certainly no stranger to NAPA Victory Lane at Stafford Speedway with 12 feature wins and 2 championships over the last 2 years in the SK Modified® division, he was still looking for a breakthrough win in a touring modified car. That breakthrough finally came last May in the Valenti Modified Racing Series 80 with Pennink behind the wheel of Gary Cretty’s red #25 machine. Pennink is looking forward to returning to Stafford next Friday night and defending his win in the 4th Annual VRMS 80.

“Last year we had good cars in all the Stafford races,” said Pennink. “I ran the MTS race at Monadnock with the 25 team and we’re excited to come back to Stafford. We had a couple of good runs there last season with the 25 car and it’s always good to get 2 races in one night with the 25 team and the 99 team in the SK Modified® division. We won the first race in 2016 and we had a good run going but we broke an axle in the second race and then we finished second in the third race. If the car is as good as it was last year hopefully we can be in contention for the win.” 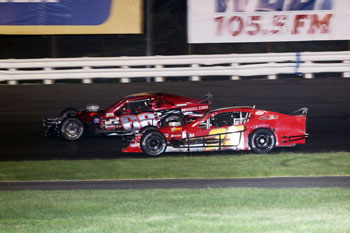 One area of expertise that will come in handy for Pennink is his home track knowledge of Stafford. Of the 17 VMRS races held to date at Stafford, 12 of them have been won by drivers who are either currently or formerly weekly racers. Pennink and Ted Christopher were both winners in VMRS events last season at Stafford while Jon McKennedy was the winner of the third race.

“I think [racing weekly] definitely helps,” said Pennink. “The more time you have at a specific track you learn little places where you can get extra grip or make a quick pass. There’s a lot of good cars that show up to the Stafford races and it’s going to be a really competitive race but there can be a little extra to gain by running Stafford weekly.”

One of the main talking points for the race is sure to be which drivers can conserve tires enough to have enough left to go racing hard for the win at the end of the race. Pennink says that while it can be hard for a driver to conserve while also trying to go fast to get to the front of the race, he relies on his team and spotter for help in determining their strategy during the 80-lap run. 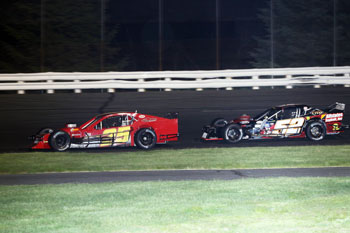 “I have a great team and a great spotter in Brian Crowley that are really good at figuring out how the race is going to go and what will be the best strategy,” said Pennink. “We usually don’t figure that out until we get out there for the race and see how things are playing out but I think we’ll be able to figure it out pretty quick and hopefully be in contention for the win at the end. You definitely have to save your stuff for the end of the race but at Stafford track position is also pretty big. Ideally you want to be able to get to the front of the field and set your own pace and I think that’s what you’ll see a lot of the guys trying to do. Hopefully we’ll have a car that will allow me to manage the tires and we can be there in contention for the win at the end.”

The Valenti Modified Racing Series will take to the track next Friday, May 19th with qualifying beginning at 6:15pm. Stafford’s five NASCAR Whelen All-American Series divisions will also be in action. Tickets for this event are on sale now and are priced at $30.00 for adult general admission tickets, $5.00 for children ages 6-14, and children ages 5 and under are admitted free of charge when accompanied by an adult. Reserved seat tickets are $32.00 for all ages. All ticket prices include 10% CT Admission Tax. Stafford Motor Speedway offers plenty of free parking along with overnight parking available for self contained Recreational Vehicles. May is Youth Organization Month at Stafford, meaning that any child age 14 or younger who wears a team shirt or uniform to the track will be given a free general admission ticket.