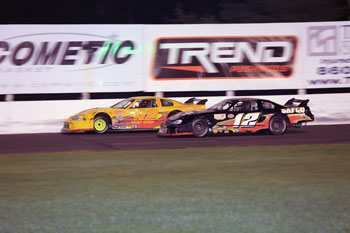 (Stafford Springs, CT)—After a career best season that saw him win 6 races and finish as runner up to Jeremy Lavoie in Stafford’s Limited Late Model championship race, Wild Thing Kart graduate and East Longmeadow, MA native Ryan Fearn will move to the Late Model division for the 2019 season. Ryan Fearn will be a teammate with his cousin Tom Fearn and will challenge for Rookie of the Year honors with the #12 SAFCO Foam Chevrolet.

“With my sister continuing her higher education and not going to be racing as much, we had a little extra room in our budget to make the move to Late Models,” said Fearn. “Another part of making the move was how well we ran in an open street stock race at Lee at the end of the season. Our chassis was legal so we took one of our spare late Model engines and put it in the car. We came out with a top-10 finish and I think we did pretty well considering there was a 40 car field for that race. I’m very excited. Not only do I get to fulfill my dream of racing against Tom, but it’s another step up the NASCAR ladder. It’s a whole new experience in the Late Model division and new experiences is what I look forward to the most in racing.” 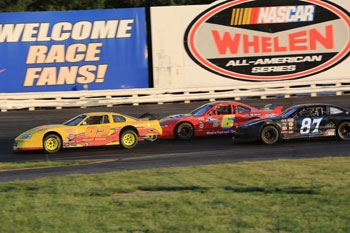 Fearn has twice before been a rookie driver at Stafford, in 2013 as a DARE Stock rookie and again in 2017 as a Limited Late Model driver. Fearn has yet to win a Rookie of the Year award and he would like to change that fact in 2019 by being conservative on the track and finishing every lap that the Late Models run.

“I’d like to think we can at least be contenders for Rookie of the Year,” said Fearn. “My main focus this season is going to be to not receive any black flags and bring the car home in one piece every week. I think a big piece of advice that has helped Tom get to the level he’s at right now is to finish all the laps. It was before his championship season in 2016 that someone told him that and he really stuck to that and it’s helped him to win all the races and the two championships that he’s won the last couple years. If I can finish all the laps, I’m going to finish in front of at least a few other guys. With 30 lap races, there’s bound to be a caution and unfortunately someone might have a wrecked car or have to come to pit road for a new tire. Usually you don’t finish last if you finish all the laps and it would be pretty cool to finish every lap.” 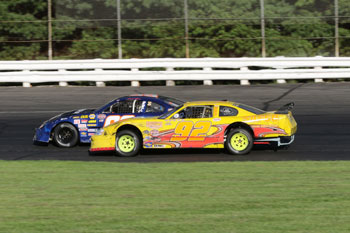 In addition to being a rookie driver for the third time, Fearn will be using a third different number for the 2019 season. Fearn ran as #3 in the DARE Stock division and #92 in the Limited Late Model division. With the change to #12 for the 2019 Late Model season, Fearn is throwing back to his first days in Wild Thing Karts and also looking for a bit of lady luck to be on his side during his rookie season.

“12 was the first number I ever had in Wild Thing Karts,” said Fearn. “I used to be a Ryan Newman fan back in the day since we both have the same first name. I won the first 2 races that I ever ran with that number so maybe having that number again will be a good luck charm for us.”

With all 7 Late Model feature winners from the 2018 season returning in 2019 as well as some new faces, Fearn knows he might need a little luck on his side as the competition on the track will be tight. 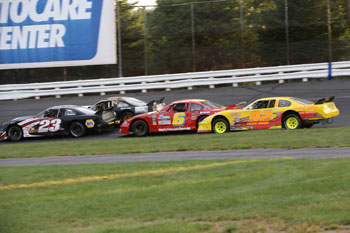 “The Late Model division at Stafford is no joke,” said Fearn. “It’s is the top level of full fender competition and there’s a lot of heavy hitters out there. I see Adam Gray is coming back, Tyler Leary is going to be strong, Tom is going to be strong again, and there’s a lot of guys who can run up front and I can learn a lot from those guys. There’s no sense in me going out there and trying to be “Mr. Rookie Stripes” and push some of those guys around. They’ve all been racing a lot longer than I have.”

As he and the #12 SAFCO Foam team are busy preparing for the 2019 season, Fearn already has a plan in place for him to learn as much as he can as quickly as he can about the differences between a Limited Late Model and Late Model car.

“I like to learn by doing and by being on track right behind Tom and being able to take in everything that he’s doing in real time will be a good learning experience for me,” said Fearn. “I always strive for perfection and sometimes I can try too hard but Tom is a guy who will be hard to beat so I’m not putting too much pressure on myself to perform this season. This season will be a totally clean slate for me and it’ll be a good year for me to get my bearings, be the best driver that I can be, and have some fun. When you put added pressure on yourself, that’s when you start to make mistakes and get into trouble.”