Ryan Preece Geared Up For Stafford NWMT 150 This Friday 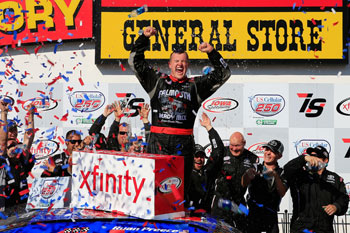 (Stafford Springs, CT)—Fresh off of his NASCAR Xfinity Series win driving for Joe Gibbs Racing in Iowa this past weekend, Ryan Preece is ready to return to Stafford Motor Speedway in search of another NASCAR Whelen Modified Tour victory. Preece won the NAPA Spring Sizzler® back in April and he has finished second and eighth in the two Modified Touring Series events held at Stafford this season behind the wheel of Ed Partridge’s #6 T.S. Haulers, Inc. machine. After returning to Connecticut following his Iowa triumph, Preece has been busy at work preparing the #6 for the Stafford 150 where he will be seeking his third NWMT win of the 2017 season and second in a row at Stafford.

“There’s still a few things left to take care of today, but it’s coming along and we’ll be ready to go,” said Preece. I think we’ll be good. I’m putting a little extra effort into this race because it’s the Whelen Modified Tour and points is what matters. The plan is to try to win the pole and win the race. Momentum is kind of on our side right now, we’ve had some good runs and we’re just going to try to continue to carry that momentum into Stafford and this 4-week stretch of races we have on the Tour.” 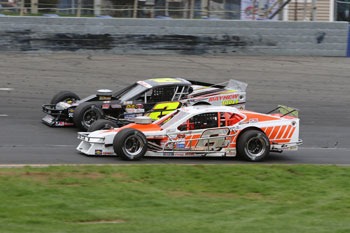 Preece will also be looking to take the checkered flag in order to keep himself in the thick of the NWMT points race. Following his Sizzler triumph back in April, he was fifth in the standings, 20 points behind the leader. After missing the Langley race on May 13th to get married, Preece found himself outside the top-10 in the standings and 66 points behind the leader. The next three races leading into the Stafford 150 have seen Preece win at Thompson, finish fourth at Riverhead, and second at New Hampshire and he now sits 6th in the standings, only 39 points out of the championship lead.

“To be honest, a lot of people probably counted us out right away but I kind of knew we still had a shot at it as long as we perform like we’ve been performing, which is contending for wins,” said Preece. “That’s all we can really do and that’s how I always race. My job is to win races and that’s why I race and that’s why Eddie races. We go to contend for wins and if we can’t win then we figure out a reason why we didn’t win or we do something that we need to do differently. I really love racing for Eddie, he’s my type of guy and we do what we need to do to win races. I don’t know how many points I’ve closed in since I missed the Langley race. I believe I’ve closed the gap down almost in half in the last 3 races so nothing is over by any means. We’ve still got 9 races left to go and we just have to keep on going and trying to win races. Anything can happen.” 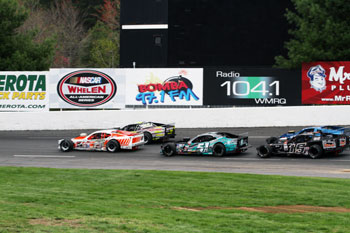 Prior to the green flag being unfurled on the Stafford 150 this Friday night, Stafford Speedway has hosted a total of 123 NASCAR Whelen Modified Tour events, giving teams and drivers a pretty good idea of what to expect when they turn up at the Connecticut half-mile facility. But the race strategy for the Stafford 150 will be all new as teams will be allowed to change the customary three tires during the race, but they will only be allowed to change one tire per pit stop. Another change in the race format is the implementation of group qualifying. Drivers will set the order for the group qualifying session by their times from the first practice session from 4-4:30pm and teams will have 5 minutes per group to run as many laps as they wish to set a fast time with the total number of groups to be set by NASCAR. 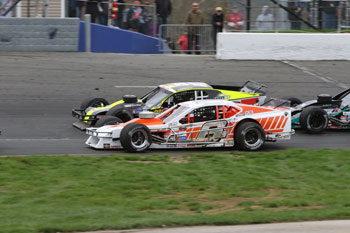 “I think [the tire rule] is going to be interesting and open up some options,” said Preece. “I think the teams will all do some different things. As a driver and from a racer’s standpoint, I want three tires but I think I’m going to have to sit back and really think what is the smart decision to make and we’ll see what happens as the race plays out. It’s not quite the same format of group qualifying as we had in the Xfinity Series, but I like it. It’s a good opportunity if people need an extra lap or two to get their cars to fire off.”