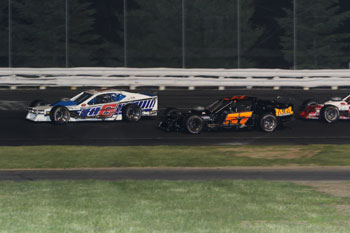 (Stafford Springs, CT)—When the Exit Realty Modified Touring Series returns to Stafford Speedway on July 21st for the Lincoln Tech 100, one driver who will be looking forward to the race is Ryan Preece. The Berlin native has won at Stafford in Whelen Modified Tour competition and Valenti Modified Racing Series competition as well as in the SK Modified® division and he will be looking to add another victory to his Stafford resume after finishing second in the June MTS 125 at Stafford.

“I think we have a really good car, we’ve won 2 races and we’ve finished second in the other race,” said Preece. “I like the way the tire reacts and we have our car working really well right now. It’s always fun to keep on racing.” 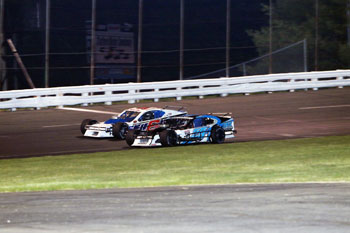 When the Exit Realty Modified Touring Series was last at Stafford in June, Preece was the dominant car, leading the race twice for a total of 112 of the race’s 125 laps. Preece held the lead until lap-121 when Jon McKennedy was able to make a pass and he led the final 5 laps to take the victory with Preece finishing in the runner up position. With the race being shortened from 125 laps down to 100 laps, Preece thinks that will be to his benefit.

“I think the 100 laps might help me a little more,” said Preece. “Jon [McKennedy] seemed to come on in the last 15 or so laps when we started to wear out, so maybe it would’ve helped if the last race was 100 laps. It should be interesting and I’m looking forward to the race. I don’t know that we were missing anything, I just think that the tire wore out. I know Jon swapped tires earlier when we had the competition caution, but I’m not taking anything away from Jon, he had a really fast car all day long. I don’t think we’ll change very much, we had a good car back in June.”

After winning the NASCAR Whelen Modified Tour NAPA Spring Sizzler in April and then finishing second in the MTS 125, Preece has a good idea of what he needs for car setup and he says that he won’t be changing too much from his June setup with his #6 T.S. Haulers, Inc. machine. 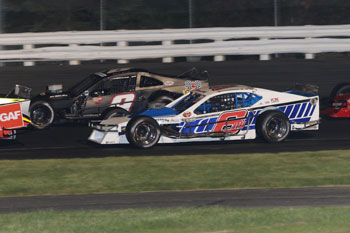 “There may be some small changes, I try to not get too crazy,” said Preece. “I try to not get too much outside of the box but there are times where I find little things that can help us. There’s something I want to try so we’ll try it out during practice and if it doesn’t work, I can always go back to what I had.”

Tickets for the July 21 Lincoln Tech 100 are available and on sale now at the Stafford Speedway Box Office. Tickets are priced at $30.00 for adult general admission tickets, $5.00 for children ages 6-14, and children ages 5 and under are admitted free of charge when accompanied by an adult. Reserved seat tickets are $32.00 for all ages. All ticket prices include 10% CT Admission Tax. Stafford Motor Speedway offers plenty of free parking along with overnight parking available for self contained Recreational Vehicles. Stafford’s five NASCAR Whelen All-American Series divisions will join the MTS cars in feature action.