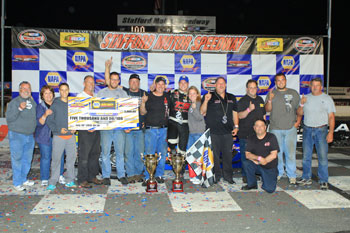 (Stafford Springs, CT)— After moving south for a year to compete in the NASCAR Xfinity Series, Ryan Preece is back in Modified country and looking to get back to NAPA Victory lane behind the wheel of his #40 Midstate Air Compressor SK Modified®.  The 2012 SK Modified® Champion and winner of the 2017 NAPA Auto Parts Spring Sizzler, Preece has his sights set on the biggest SK Modified® race in the country, the 4th Annual NAPA Auto Parts SK 5K slated for Friday, July 7th.

“I’m definitely looking forward to the race,” explained Preece.  “It’s a high paying race, the whole payout is big, but if you win the race you can definitely win a lot of money.  Winning that race like we did in 2015 can make your year.  I know we aren’t running full-time this season, but each time we go to Stafford we’re getting better so hopefully when we show up for the NAPA SK 5k we’ll be right where we need to be.” 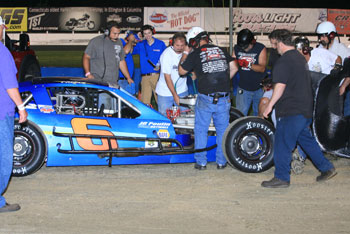 Preece’s win in the 2nd annual NAPA Auto Parts SK 5K was big.  After losing a radiator hose in the early going Preece and his team were able to get the car repaired without losing a lap and drive back to the front to win the SK 5K.  The win netted him not only the guaranteed $5,000 but also an additional $7,875 in bonus money including $7,500 from the Gambler’s Challenge Presented by Dunleavy Truck and Trailer Repair and Raynor Real Estate resulting in a total payout of $12,875.

“It’s a race that is growing and turning into something big,” continued Preece.  “It takes time to be a big race that everyone looks forward to and marks on their calendar. I think if there’s one race that can contend with being how big the NAPA Spring Sizzler and NAPA Fall Final are, it would definitely be the 5k. The SK Modifieds® at Stafford have promoted great racing over the past couple of years and the 5k race gives the Division 1 NASCAR Whelen All-American Series drivers a special event.  It’s a great opportunity to run for some big money.” 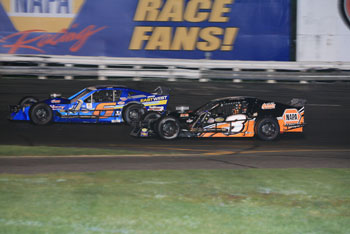 Preece is no stranger to victory lane at Stafford with 30 victories to his credit including 25 SK Modified® victories.  Since 2009, his first full-time season in SK Modifieds® at Stafford, Preece has shown he is a contender each time he is in the field.  Coming from the higher horsepower Whelen Modified Tour cars to the SK Modifieds®, Preece has been known to quickly adapt to the race track as well as being one of the few drivers who prefers to run on the outside around the big half-mile.

“I think it’s different with an SK,” explained Preece on the difference from an SK to a Whelen Modified Tour car.  “You’re going hard the whole time in the SKs. The SK cars are a little underpowered to be able to really burn the tires up and it’s basically race what you brought. It’s nice to be racing for a big check, that’s always exciting for the drivers and it gives them something extra to look forward to.” 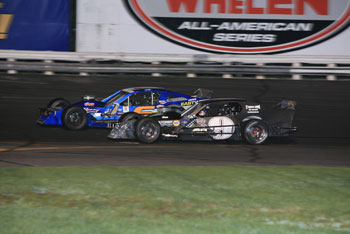 Preece will have to contend with a stacked SK Modified® division that has seen the new generation of modified racing dominate the start of the 2017 season.  SK Light graduates Chase Dowling, Matt Galko, and Ronnie Williams have all scored wins thus far in 2017 beating some of the best in the business.  The young guns have not dominated the headlines though as Ted Christopher has also scored 2 wins thus far in 2017 and a winless Keith Rocco leads the SK Modified point standings.

Join us Friday, July 7th for the 4th annual NAPA Auto Parts SK 5K. The $5,000 to win and over $30,000 in posted awards for the 100-lap big money race will be an event not to miss. Discount tickets for the NAPA SK 5k are available at participating NAPA Auto Parts stores. For a full list of the 71 participating locations throughout Connecticut, Massachusetts, New York, Rhode Island, and Vermont, please call the speedway office or visit us on the web at www.staffordmotorspeedway.com/participating-napa-auto-parts-stores. Tickets for the NAPA SK 5K are available and on sale now at the Speedway Box Office. Tickets are priced at $30.00 for adult general admission tickets, $5.00 for kids ages 6-14, and kids 5 and under are admitted free of charge when accompanied by an adult. Reserved seating is priced at $32.00 for all ages. All ticket prices include 10% CT Admission Tax. Stafford Speedway offers free parking with free overnight parking for self-contained RV’s available. There will also be a barbeque taking place on the midway with some great food available to race fans for only $10.