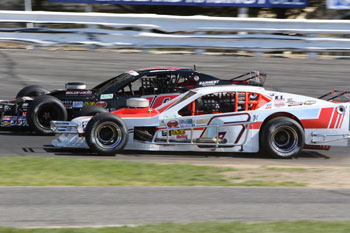 (Stafford Springs, CT)—After spending the 2016 season behind the wheel of Johnny Davis Motorsports’ #01 car in the NASCAR Xfinity Series, Ryan Preece has returned to full time competition on the NASCAR Whelen Modified Tour for the 2017 season. The Berlin native will pilot Ed Partridge’s #6 T.S. Haulers machine and is looking to capture the NAPA Spring Sizzler® to complete what would be a career Stafford quartet of checkered flags. Preece has already won the late May/Early June, August, and NAPA Fall Final events during his NWMT career, all that remains is to win the grand-daddy of them all, “The Greatest Race in the History of Spring” the NAPA Auto Parts Spring Sizzler®.

“A Sizzler win would definitely be nice,” said Preece. “I’ve had moments where I’ve led the most of the race but we’ve been unable to win it. I’ve won the Fall Final, the late May/early June race, as well as the August race at Stafford, so the Sizzler is the only Stafford tour race left that I haven’t won. To finally get a win and add a Sizzler trophy to the others would be pretty special.” 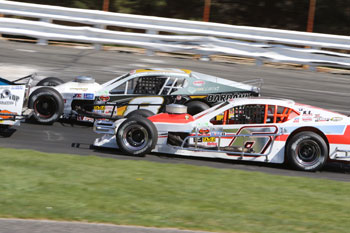 With 5 career NWMT wins and 25 career SK Modified® wins at Stafford to his credit, Preece knows how to get to NAPA Victory Lane behind the wheel of a modified. With the NAPA Spring Sizzler® being 200-laps in length, the strategy game could determine who ends up winning the 46th edition of the NAPA Spring Sizzler®. A new tire rule for the 2017 season, which will allow NWMT teams to change 4 tires rather than the customary 3 during a pit stop combined with the fact that most teams will also have to pit for fuel at some point during the race already has Preece and other NWMT teams already plotting out a strategy for the race.

“We’re working on putting together a solid strategy for the Sizzler because it should be interesting with what NASCAR has done allowing us to change 4 tires instead of 3 during a pit stop,” said Preece. “It’s still the same rules when it comes to fueling and I really like that stuff because it brings strategy into the race and it can either make or break your race. Looking at our past notes I think we’re going to be pretty solid. If you look at the last few Sizzlers, normally there’s an early yellow followed by a long green flag run and then the last 30 laps it becomes a track position battle. We’ll have to wait and see just how the race plays out.” 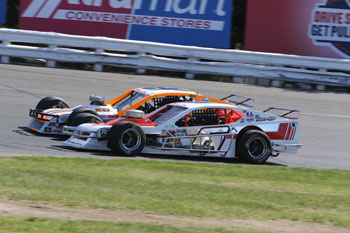 Preece and the #6 team are not only in search of their first Sizzler win, but a strong finish to help recover from the last race at Thompson where a first lap accident left them with a 28th place finish after scoring a 4th place run in the season opening event at Myrtle Beach.

“It’s been a season of highs and lows so far,” said Preece. “We started off pretty good winning the New Smyrna championship for the third year in a row, won the big John Blewett memorial race down there and had a good run at Myrtle. We thought Thompson was going to go pretty well for us and then lap 1 hit. It’s still a little too early to be thinking about points. A good finish would be a good boost for the team but like I’m sure Doug [Coby] would say, winning races is what’s going to take care of things. If you win all the races, you’re going to be champion so we’re taking things race by race and trying to win each one or get the best finish we can. Our focus is to come to Stafford and try to win, that’s all we can do.”

Preece won’t be limited to just driving the #6 T.S. Haulers machine during NAPA Spring Sizzler® weekend. Preece will also be behind the wheel of his #40 Midstate Air Compressor SK Modified® and has plans to run between 8-10 races during the 2017 season. 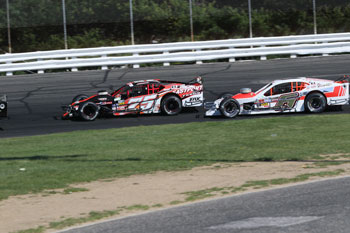 “We don’t have a definitive number yet but I’m guessing it will be around 8-10 races minimum this season with the SK,” said Preece. “We’ll definitely be at the Sizzler and the second race with the SK car. My focus this year is on the Whelen Modified Tour and Tour type races but if the Tour car is all prepared and everything is ready to go, we’ll get the guys together and bring the SK to the track. Another race we’ll definitely be at is the NAPA SK 5k in July. I feel like that race is so huge that if you have an SK and you don’t go to that race, it’s kind of silly.”