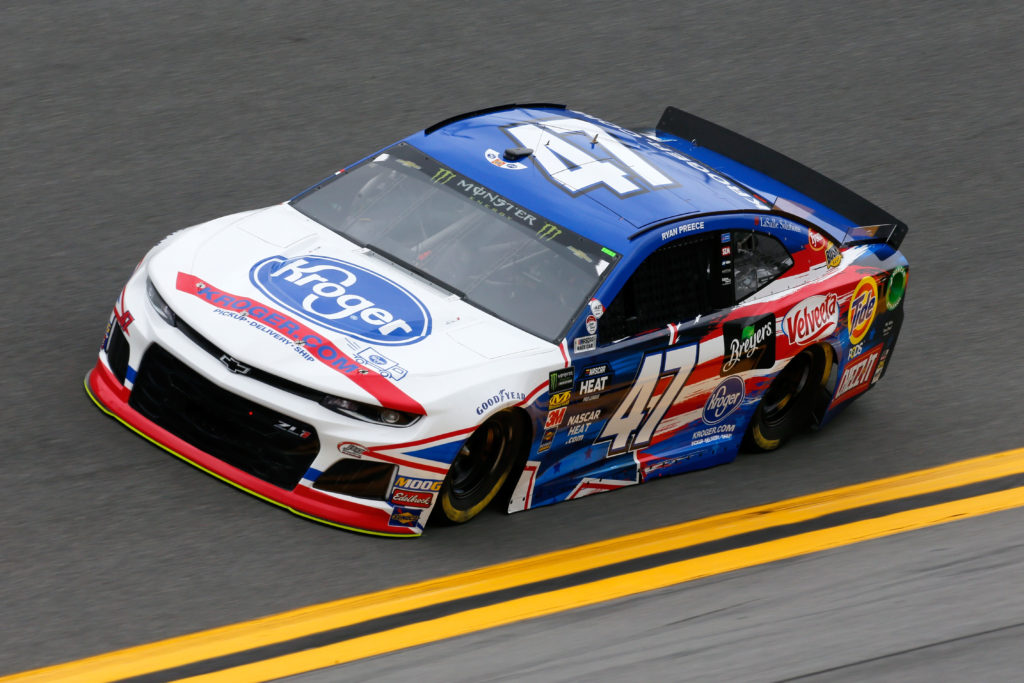 (Stafford Springs, CT)—Ryan Preece Racing has announced a $500 bonus for Sunday’s SK Modified® feature at the NAPA Auto Parts Fall Final. The bonus will be split with $250 going to the winner and $250 to the hard charger of the race, the driver advancing the most positions over the course of the feature. With the bonus, Sunday’s 40-lap SK Modified® feature will pay $2,075 to win, with a total posted purse of $10,060.

“I’m excited to have the ability to post this bonus for Stafford’s SK Modified® teams,” explained Preece. “I attribute much of the opportunities I have today to my time spent on the Stafford half-mile running against guys like Ted Christopher, Keith Rocco, and Woody Pitkat. The SK Modified® division is one of the toughest weekly divisions in the country and is home to some of the best short track talent around.”

Preece is no stranger to Stafford Victory Lane, notching 35 career victories including back to back Spring Sizzler® wins and a $12,000 pay day in the NAPA Auto Parts SK 5K, the richest SK Modified® race of the season. Most recently Preece grabbed the win in the June 2019 Stafford Open Modified 80 in Ryan Preece fashion, pitting late and blasting through the field with just 25 laps to go.

“I wanted to post a hard charger award because the challenge at Stafford is starting deep in the field,” continued Preece, driver of the #47 JTG Racing Cup Car. “With Stafford’s handicapping system and big car counts the top drivers always end up starting outside the top-10.”

Preece is currently in his rookie season in the Monster Energy Cup Series driving the #47 car for JTG Daugherty racing. Ryan has scored 3 top 10’s in his rookie campaign including a career best 3rd place run at Talladega in April.

“We want to thank Ryan for posting this bonus,” explained Stafford General Manager Mark Arute. “Ryan’s passion for short track racing is unrivaled and he is a great representative of modified racing at the cup level. All of us at Stafford are proud to have a past SK Modified® champion competing at the highest level of our sport and we look forward to whenever he gets a chance to come back to half-mile to compete.”

Tickets for this weekends NAPA Fall Final Weekend, September 28 & 29, are priced at $40.00 for adult general admission, $10.00 for children ages 6-14, and children ages 5 and under are admitted free of charge when accompanied by an adult. Reserved seat tickets are $45.00 for all ages. All ticket prices include 10% CT Admission Tax. Stafford Motor Speedway offers plenty of free parking along with overnight parking available for self contained Recreational Vehicles. Discount tickets are available through participating NAPA stores.