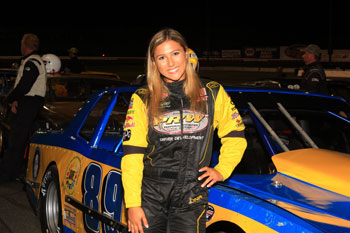 (Stafford Springs, CT)—While some teams are still making plans for the upcoming 2019 season, Wolcott, CT native Sami Anderson has her plans finalized as she will make the move from the Street Stock division to the SK Light Modified division at Stafford Speedway. Anderson will take the wheel of the same #35 car that Andrew Molleur piloted to 4 wins in 2018 and she couldn’t be more excited about her new opportunity.

“We’ve always been close with Mike and Andrew Molleur from racing quarter midgets and we’ve always been around Ken Barry and after talking with him the pieces fell into place for me to run the car next season,” said Anderson. “I actually ran the last SK Light race at Waterford and it was a lot of fun, I loved it. It’s so exciting. Quarter midgets are open wheel but they don’t have any power compared to the SK Light. After having a chance to get used to the car by running that race at Waterford, now I’m obsessed with it.” 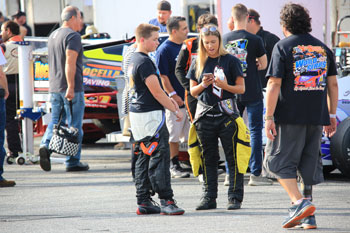 Strictly on paper, Anderson’s SK Light debut looks disappointing with a 19th place finish after a crash took her out of the race. Despite the crash, Anderson says that everything went well and she now has a good baseline to start out with in 2019.

“The Waterford race actually went pretty well but unfortunately we got put into the wall which ended our day,” said Anderson. “We had to start last in the feature and my Dad was actually preparing me for what to do if I got lapped. I was up to 8th early in the race rolling the top groove and as I was going past the 7th place car, the car behind us punted the inside car and that car went straight into me and we hit the wall. My overall goal was to finish the race and unfortunately we didn’t do that, but I was able to pass way more cars than we thought we would and hopefully it will only get better from here. It was definitely a good start for me.”

In addition to getting her first feel of an SK Light versus the Street Stock, Anderson was able to work with Ken Barry for the first time and establish a good working relationship in preparation for the 2019 season. 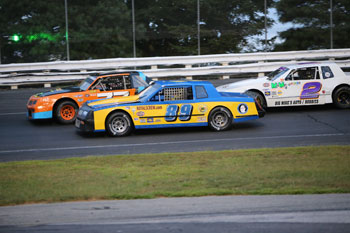 “I’m sure I’m going to have a decent learning curve this season,” said Anderson. “I have a really good team behind me with Ken Barry and SPAFCO and we work so well together. From the first time I got onto the track at Waterford to the race, I made such an improvement that a lot of people thought I was racing full time at Stafford. That really made me feel good and confident for the race. You’re always learning something in racing. If you’re not learning, you’re not improving. Knowing how well Andrew ran in the car is a big confidence booster and Kenny and I really understood each other and we have great chemistry working together.”

When Anderson takes to the track for the 2019 NAPA Auto Parts Spring Sizzler on April 26-28, she will be following in her father Bill’s, her Uncle John’s, and the Membrino side of her family’s footsteps behind the wheel of a modified.

“It’s so cool to be following in my family’s footsteps and not just my father’s,” said Anderson. “My father, my Uncle Johnny, and the Membrino side of my family all raced modifieds so to follow them is something special. I’ll be the first female in my family to break into modified racing at Stafford which I think is pretty cool.” 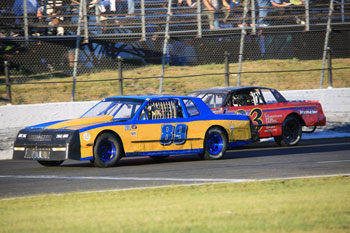 Anderson will carry sponsorship from First Class Automotive, RoyalScrew.com, Tick Mike with Tick Free Organic Tick and Deer Control, M & G Towing, and Sky Top during her debut SK Light season and just like any racer, she has one goal in mind and that is to reach NAPA Victory Lane.

“My goal is to become better each time I go out on the track and I want to win races,” said Anderson. “I was dying for a win in the Street Stocks. We almost had the car figured out but sometimes there’s not much you can do when you’re fighting to keep the car off the wall because it’s too tight. The first couple of practice sessions and races are going to be important for me to listen to Kenny and his feedback. I think learning the line around the track will hopefully be the hardest thing for me and after that it can all be downhill. Rookie of the Year is definitely something I’d like to win but when it comes down to it, I’d rather win races. If I can win races we’ll win Rookie of the Year. It doesn’t matter how long it takes, we’re going to give it our all.”