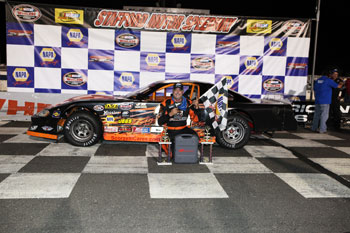 (Stafford Springs, CT)—With his last race at Stafford Speedway coming in the Fall Final of 2015, Pro Late Model driver Michael Scorzelli is looking forward to the Inaugural Call before You Dig Pro Late Model Open 81 on May 29. Scorzelli was a Stafford Late Model regular from 2013-2015 and his prior track experience was a major factor in Scorzelli adding the race to his 2020 schedule for his #18 Syracuse Utilities Chevrolet team.

“We’re really looking forward to the race,” said Scorzelli. “I had nothing but good experiences at Stafford, I have a few wins there, and Bob Fill has things pretty well figured out with our chassis so we’re all pretty excited. This was one of the first races that we put on our 2020 schedule as soon as the Stafford schedule came out and we saw they were going to be hosting this race. One of the biggest reasons why we’re looking forward to Stafford is I run better on the larger tracks like Stafford, Thompson, and Loudon. With the runs we’ve had at Stafford and the competition we faced in the past, I think we can do pretty well. I’m hoping we can race at Stafford once or twice a year every year. I have to thank my sponsors Syracuse Utilities and BNC Motorsports, Bob Fill for setting the car up, and we just hooked up with Larry’s Auto Machine so we’re looking forward to what we can do with their engines.” 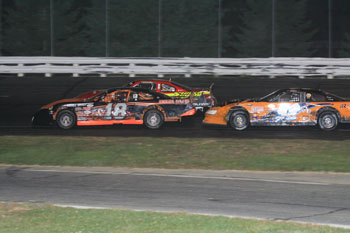 After changing engine builders to Larry’s Auto Machine in the off-season, Scorzelli is anxious to see how his new engine combination will work in his #18 car and he is hoping to carry the momentum he gained at the end of the 2019 Granite State ProStock Series into the CBYD Pro Late Model 81.

“We needed to have a sealed motor for this race so we have a new engine and new transmission to put into the car and pretty much everything except for the frame is new on our car,” said Scorzelli. “We ran 6 or 7 Granite State races last year and I think we figured some things out towards the end of the season. We have good equipment and we’re heading in the right direction with our car so we’re hoping that can carry all of that over to the 2020 season.”

Scorzelli raced three full seasons in Stafford’s Late Model division from 2013-2015, scoring two wins and a best finish of fourth in the points standings in 2014. While Scorzelli will be leaning on his previous experience to help get a leg up on the competition, he isn’t the only driver on the entry list with a Stafford background to lean on. 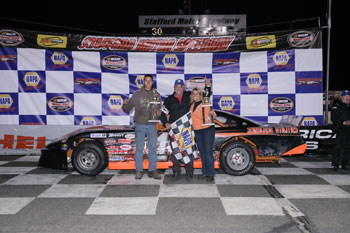 “I think it’s going to be a tremendous mix of drivers between modified drivers who have raced a lot at Stafford versus Late Model guys like Cory Casagrande who has a lot of Stafford experience, Ray Christian, who is good whatever track he goes to, Devin O’Connell is always fast in the Super Late Models, and Mike O’Sullivan is going to be tough,” said Scorzelli. “I don’t think Ray or Devin have any laps around the big track at Stafford but that doesn’t seem to slow them down at all. I’ve seen them both go to tracks they’ve never been to before and they qualify and race up front. I’m sure more of the Granite State drivers will be joining the field along with some modified regulars so it should be an interesting race.”

With 2 Stafford Late Model wins to his credit, Scorzelli knows what it takes to win a race at Stafford and he would like nothing more than to add a third Stafford win to his racing resume.

“I think we have a shot at winning the race if we can stay out of trouble and take care of the car,” said Scorzelli. “We have some laps at Stafford so we’re comfortable there but a lot of the other guys have the same experience level. To win the first race in a Super Late Model since the PASS cars were at Stafford, it would be one of the biggest wins I’ve ever been a part of.” 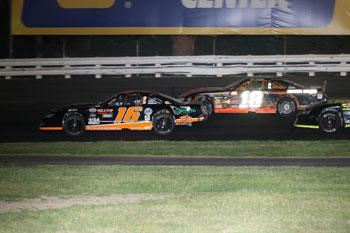 With a tire compound for the Inaugural CBYD Pro Late Model 81 still to be determined, Scorzelli feels like handling characteristics will play a major factor in who is able to come away with the checkered flag.

“Stafford is a super fast track and in order to win you’ll have to play it smart for 81 laps,” said Scorzelli. “I’m not quite sure what tires we’re going to be using for the race but you’ll have to have patience and conserve the tires to be there at the end. If we can be there at the end of the race, that’s where things happen. The motors we have are probably slightly less than what the Late Model cars at Stafford run but it’s all about handling with our cars. The shock package and setup in your car is what’s going to carry you through the race.”

Scorzelli and the Pro Late Model field will take to the track for the CBYD 811 Pro LM Open on Friday, May 29. For more information, visit www.staffordspeedway.com, checkout Stafford Speedway on Facebook or Twitter, or contact the track office at 860-684-2783.