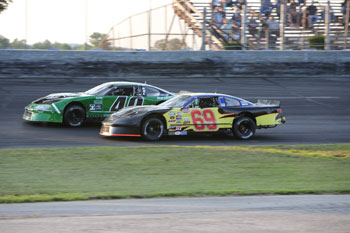 (Stafford Springs, CT)—After running two full seasons in Stafford’s Street Stock division, Reading, MA native Richard Ciriello made the move up the NASCAR Whelen All-American Series ladder into the Late Model division for the 2019 season. Ciriello and the #69 Ciriello Motorsports team are confident for their first taste of extra distance racing in this Friday night’s Late Model 50 at Stafford. The longest race that Ciriello has previously logged was 25 laps in the Street Stock division.

“The whole season has been a good adventure moving up from the Street Stock division,” said Ciriello. “There’s more components to the car and the setup of the car and I’ve gotten some really good help and advice from Matt Vassar and Derek Anderson. I think we’ll be ok for the 50-lapper. The plan is to ease into the race from the start so we can save the tires for later in the race.”

Ciriello recently recorded his first two Late Model top-10 finishes on July 26 and Aug. 2 and he has his sights set on capturing another top-10 finish this Friday night in the Late Model 50. 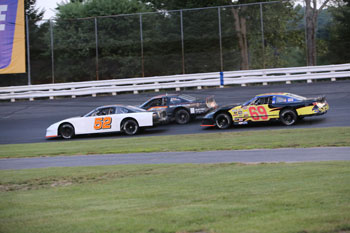 “It would be nice to be able to get another top-10 finish this Friday night,” said Ciriello. “It was nice to get my first top-10’s of the year but my goals are to be better than the top-10. I’m trying to race to what the car will give me on a weekly basis and learning what to do in certain situations on the track. It’s all about respecting the other drivers out there and racing clean but at the same time trying to be competitive and challenge those guys for positions. If we can run well this Friday, it would show everyone that we can run well and that we have the desire and passion to continue to make progress during our rookie year.”

Despite struggling through the first half of his rookie campaign and only having 2 top-10 finishes thus far, Ciriello feels comfortable in the fact that he has made progress since the start of the 2019 season and he’s gotten closer to the lead cars. 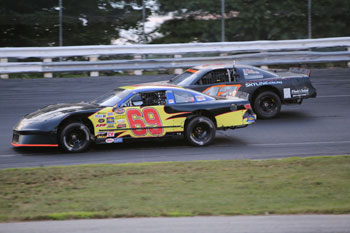 “Going into this season I felt confident and I still feel confident” said Ciriello. “I’m still trying to get more consistent with my line around the track, hitting my marks, and letting the car roll through the center of the corners. It’s been a learning curve this season for sure and there’s some stiff competition in the Late Model division. I feel like we’ve improved our pace relative to the other drivers since the beginning of the season. We’re making progress. I don’t think I can say that enough. We’ve gone from being a second or a second and a half off the pace of the front running cars at the beginning of the year to now only being a couple of tenths of a second behind those guys. We’ve made some advances with the car and there’s still more for the car to give me and I have to capitalize on that. My team puts a lot of effort into this car and I want to deliver some results for them.”

With the first top-10’s of his Late Model career under his belt, Ciriello is looking to add to that top-10 total over the final 6 races as well as getting himself better situated to be in attack mode for the 2020 season. Ciriello is also looking for some sponsorship that he can display on his #69 machine. 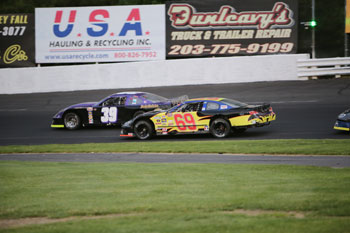 “Our goal is to be more competitive over the final 6 races and hopefully we can connect with some sponsors who would like to get their names on the hood or the sides of the car,” said Ciriello. “Finding a sponsor would help make things easier and it would definitely put us into a better position for next season. Don’s Home Improvement gave us some support during the winter to help get ready and Matt Vassar has been invaluable with his time and advice this season. Derek Anderson and Bob help me every week to get prepared and be in the best possible place I can be on the track, and Pete and his son Caleb from Matt’s crew also help me out and any extra help that I can get helps make things run smoother.”