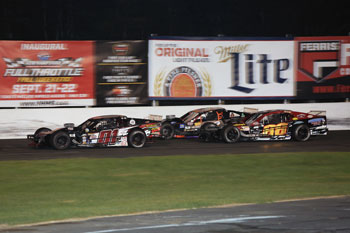 (Stafford Springs, CT)—After 20 grueling weeks of competition, the race for the 2018 SK Light championship at Stafford Speedway will come down to a head to head duel between Bryan Narducci of the #01 Florida Connection team and Marcello Rufrano of the #88 Wheelers Auto team at the season ending NAPA Fall Final, scheduled for Sept. 29-30. Narducci and Rufrano are the winningest drivers in the SK Light division this season with Rufrano winning 6 races and Narducci 5. Both drivers are acutely aware that all they need to win the championship is to finish in front of the other driver.

“I think our approach will be the same as Marcello if you ask him,” said Narducci. “The first half of the race we have to get through the traffic, like usual I’m sure we’ll be starting near each other, mid-pack. Then the second half of the race we can let it loose and try to beat him. It would be nice to be in front of him as we come up through traffic so I don’t have to try to pass him towards the end of the race. We’ll try to get to the front as quick and as clean as we can and get the job done. It would be nice to win the Fall Final race but as long as we can finish in front of Marcello that would make this season that much sweeter than it already has been.” 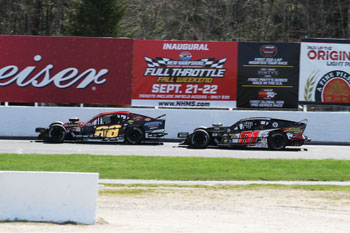 “I just have to be smooth and not make any stupid moves that might cost me a championship,” said Rufrano. “I only have to finish one spot in front of Bryan for this race. I don’t have to have the mentality to win this race or try to do everything I can to win the race. This is the first time I’ve been in a situation like this where I can capitalize on winning a championship so I just have to be smart. I was always about going for trophies and now that I have the opportunity to win a championship, if it means finishing third, that’s what I’m going to do. We’ve put a lot of hard work into this car this season between my Dad, Jimmy [Fuller], my Uncle, and everyone who has helped us out and I have to capitalize on this to give back to them what they’ve given to me this year.”

The two main protagonists for the SK Light title are long-time friends and rivals dating back to their days racing in the Wild Thing Karts series. While both Narducci and Rufrano want to become champion, they both would have no issues getting beat in the race for the title. 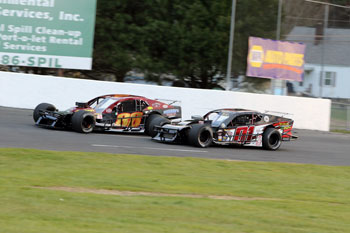 “It’s been a lot of fun racing with Marcello this year,” said Narducci. “We’re good buddies and we hang out all the time and to race like we used to in the Wild Thing Karts has been fun. We’re looking to cap things off with a good run at the Fall Final. It would definitely be disappointing if we don’t win but we have 5 wins and we ran strong all year long. I know that we have a car that can get the job done and if Marcello happens to beat us, I’ll be the first one over there to shake his hand and congratulate him but hopefully he’ll be the one shaking my hand and giving me congratulations.”

“We’re good friends at the track and off the track and we always bust each other talking about who’s going to win the championship,” said Rufrano. “Some times it’s not even a serious thing between us but it would mean a lot to me to win a championship at a track that we’ve been going to since we were kids watching Teddy [Christopher] and Keith [Rocco]. Bryan would always be rooting for Teddy and I would be rooting for Keith. It’s a pretty cool deal to be part of. It’s going to be like the race for the Monster Energy Cup championship, whoever finishes the best at the last race is going to win. I hope we have a good crowd because it’s going to be exciting for the fans to watch as we go head to head for the championship.” 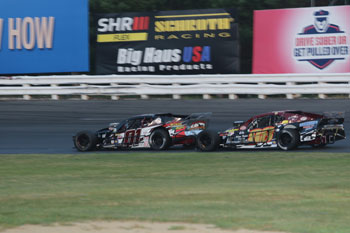 Narducci and Rufrano will stage their winner take all duel as part of the Sunday feature action at the NAPA Fall Final Weekend, set for Sept. 29-30. Tickets for NAPA Fall Final Weekend are priced at $40.00 for adult general admission, $5.00 for children ages 6-14, and children ages 5 and under are admitted free of charge when accompanied by an adult. Reserved seat tickets are $42.00 for all ages. All ticket prices include 10% CT Admission Tax. Stafford Motor Speedway offers plenty of free parking along with overnight parking available for self contained Recreational Vehicles. Discount tickets are available through participating NAPA stores.