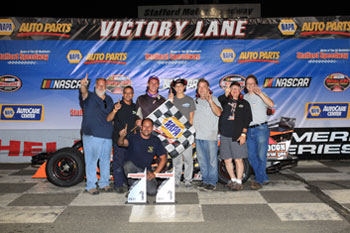 (Stafford Springs, CT)—For 19-year old Newtown native Stephen Kopcik, the 2017 SK Modified® season at Stafford Speedway has been filled with struggles and trying times. But his season fortunes took a 180 degree turn for the better this past Friday night, August 4th, at the Connecticut half-mile as Kopcik scored his first career SK Modified® feature victory. The win also doubled as Kopcik’s first top-5 finish of the season. The driver of the #31 Hocon Industrial Gas Chevrolet credits his chassis builder, Mike Paquette, for the uptick in performance.

“This season has been really tough,” said Kopcik. “We struggled through probably the first six or seven races this year to the point where I stepped away from the car and I told Mike Paquette at Chassis Dynamics to do whatever he wanted to do to the car. Honestly, I couldn’t tell you what’s in the car right now for a setup. They got it going pretty good and hopefully we can make it even better than it was. I’d really like to thank Hocon Industrial Gas for all their support, even when we were struggling and things weren’t looking too good. My father and N.J.K. Automotive, Newtown Pools, and the whole team. It was me behind the wheel but it’s all the guys at the shop and the work that they put in that really made the car shine.” 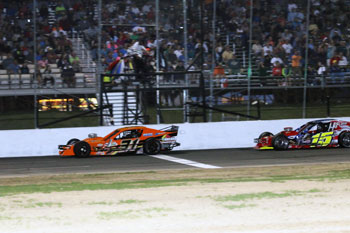 Kopcik took the race lead for the first time on lap-5, but he gave the lead back to Michael Gervais, Jr. on lap-10. Kopcik stayed glued to Gervais’ back bumper and he was able to retake the lead on lap-23. Once Kopcik took the lead for the second time, he managed to stay out front for the last 17 laps of the race despite heavy pressure from Gervais, Chase Dowling, and Todd Owen behind him.

“We just had to be patient and let things play out,” said Kopcik. “Once we got past lap-20 it was good, clean racing, passing each other back and forth. I wasn’t really thinking anything. I tried to stay emotionless and just keep on doing what I was doing. We were leading the race for a reason so I just tried to do the same thing lap after lap. There were some nerves, but you can’t pay any attention to them because that’s when you screw up. The last 10 laps of the race seemed like it was 20 laps. I think Michael’s car was bad where my car was good and vice versa. He could get into the corners better than I could but our drive off the corner was better than his.” 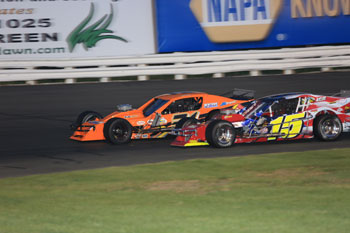 Now that Kopcik has his first SK Modified® win under his belt, he is focused on winning more races. Despite his struggles to start out the season, Kopcik is currently tied for 10th in the points standings and he thinks that a top-10 finish in the points would be a good effort since he feels like he is not in championship contention.

“I don’t see why we can’t win another race this season,” said Kopcik. “We have something to work off of now where before we were really out to lunch with the car. I think knowing we can run with those guys up front when we come to the track now is almost a better feeling than winning the race. The competition at Stafford is second to none. We have so many Tour drivers in the SK field and the Tour is the best of the best. I think we still have some speed to unlock in the car so we could be even better than we were this past Friday night. We already fell behind in the points early in the season and we’re not going to win the championship, so our goal now is to have good runs, keep on learning things, and be better for the next week we come to the track. After the struggles we’ve had, when you can come home with a good run, that’s a great night for us.” 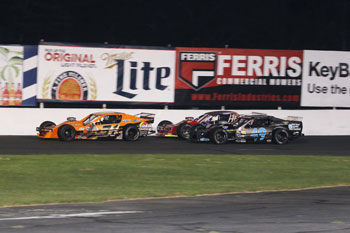 Kopcik and the SK Modified® division are back in feature action this Friday night, August 11th with a 40-lap feature event. The SK’s will be joined by the Late Models, SK Lights, Ltd. Late Models, and DARE Stocks in feature action with tickets priced at $17.50 for adult general admission tickets, $5.00 for children ages 6-14, and children ages 5 and under are admitted free of charge when accompanied by an adult. Reserved seat tickets are $20.00 for all ages. All ticket prices include 10% CT Admission Tax. Stafford Motor Speedway offers plenty of free parking along with overnight parking available for self contained Recreational Vehicles.