Swanson Measuring Up For Victory In Starrett 150 at Stafford 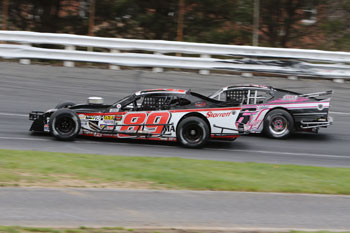 (Stafford Springs, CT)—Stafford Motor Speedway hasn’t always been Matt Swanson’s best track with 4 top-10 finishes in 10 career starts. But after matching his career best Stafford finish with a 7th place effort at the NAPA Spring Sizzler in April, and an 8th place finish in the most recent NASCAR Whelen Modified Tour event at Loudon, NH, the driver of the #89 Starrett Tools Ford is looking forward to the Starrett 150, set for August 3rd at the Connecticut half-mile facility.

“We haven’t had the best luck at Stafford in the past,” said Swanson. “I won an SK Light race there when I was running for Kenny [Barry] and that’s where I made my Tour debut, so I will always have special memories at Stafford. We never really had the luck we wanted with the Tour car until the Spring Sizzler this year. We had a strong run and we felt like we were contending all day and we finished 7th. Our season has been going well this year so far, of the races we’ve run we only have one DNF at Seekonk and we’ve been in the top-10 in all our other starts. All in all we’ve had a good season and we want to keep that going in the Starrett 150.” 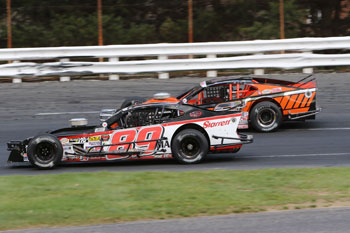 The 20-year old Swanson has made 43 career NASCAR Whelen Modified Tour starts in his young career and he is still in search of his first victory. In 5 starts this season, Swanson has recorded 4 top-10 efforts with a season best finish of 5th at Thompson. With Starrett Tools serving as the title sponsor of the Starrett 150, as well as being the primary sponsor on Swanson’s #89, the Starrett 150 would serve as the perfect race and track for Swanson to get his first win.

“A win in the Starrett 150 would be awesome,” said Swanson. “I would say Stafford has one of the loudest crowds of the tracks we go to. When we have driver introductions at Stafford, whether it’s cheers or boos, the fans are loud and it gets the drivers amped up. It would be awesome to win my first Tour race at Stafford at a race that Starrett is sponsoring as well as my car. It’s awesome to represent a company like Starrett because they’re all die hard racers and they know what it takes for us to get these cars to the track every week. If the driver can do his job and the cards play out right for us, there’s no doubt in my mind that we can win this race.” 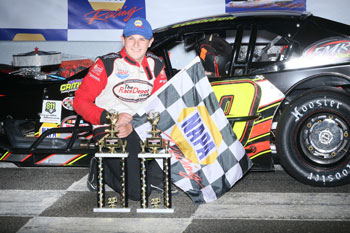 If Swanson is to record his first career NWMT win in the Starrett 150, he will have to overcome some long odds. In the 19 NWMT races held at Stafford since the start of the 2013 season, 15 races have been won by the driver combination of Ryan Preece, Doug Coby, and Woody Pitkat, who all are either current or former weekly racers in Stafford’s premier SK Modified® division. While Swanson has half of a season of SK Light experience under his belt to go along with his 10 career NWMT starts at Stafford, he knows he is lacking in track experience.

“I think Stafford is probably one of the toughest tracks that we go to with the Tour,” said Swanson. “Stafford is a unique track. Turns 1 and 2 are completely different from 3 and 4 which is something that a driver has to adapt to. I’m just starting to get used to it even though I’ve run quite a few races there. You look at all the guys who run up front in the Tour races at Stafford and the majority are guys who have run SK’s there weekly over the years with success. Drivers like Ronnie Williams, Ryan [Preece], Chase Dowling, Rowan Pennink, Doug [Coby] and Woody [Pitkat], the list goes on and on. If you look back at years past, I don’t think there’s been a year where there hasn’t been 4 or 5 Tour drivers racing every week in the SK Modified® division at Stafford. It’s like I’m a small fish in a big pond racing against guys who have been racing at Stafford for many years.” 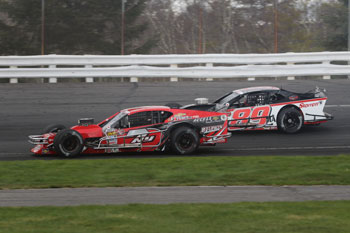 One area where Swanson knows he can make a difference is by getting a good starting position with a good qualifying lap.

“I’ll be the first one to say it, I’m not the best qualifier,” said Swanson. “I look at the racing stats every week and my average starting position for my whole Tour career is 17.5. I’m used to starting in the back and having to work my way to the front. The race at Loudon last week was kind of an eye opener for me. We qualified 7th which was my first ever top-10 qualifying on the Tour. Starting up front I realized that I can ride and save the equipment and do our deal and then when it’s time to go hard, we can go hard and still have something left in the tank. For Stafford, I think starting inside the top-10 is really a key thing in being able to win the race. At the Sizzler we qualified 17th and we had to use our stuff up to get to the front and once we got to the front, we had nothing left. A top-10 qualifying run will definitely be a goal for us at Stafford.”