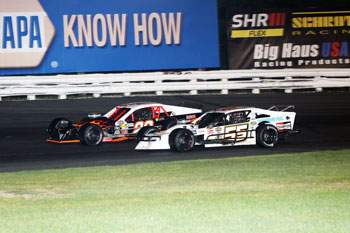 (Stafford Springs, CT)—Stafford Speedway SK Light driver and Danbury native Teddy Hodgdon is looking forward to getting back to racing and building upon his very successful rookie season. Hodgdon and the #55 Montanari Fuel team finished the 2018 season tied for fourth place in the SK Light points standings and was the runner up in the race for Rookie of the Year honors. Hodgdon’s on track performance saw him tie for the division lead in top-10 finishes for the season with 16 and he notched his first career win on Aug. 24.

“I would give us either a B+ or A- for the season,” said Hodgdon. “I really didn’t have any expectations for the season, it was more figuring out where the seat went in the car and how the car felt on the track. We had some really good results and even though we didn’t get as many wins as we probably could have, it was still a good season for us. I’m very excited for 2019. I was impressed with what we were able to do in 2018 with winning a race and getting a couple runner up and podium finishes. We’re hoping that we can continue that success into next season. We’ve just started stripping the car down now and we’re busy gathering things up for next season and we’re all looking forward to it.” 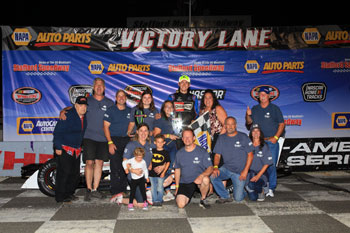 The 2018 season could be seen as a season of two halves for Hodgdon and the #55 team. The natural progression for a rookie driver is to improve their performance as they navigate their way through a season and Hodgdon was no different. While Hodgdon was only able to post 2 top-5 finishes in the first nine races, his experience began to show in the second half of 2018 as he posted top-6 finishes in 9 of the final 12 events, including his first career win on August 24.

“The first half of the season we were working on getting used to the car and seeing what adjustments worked for us and what didn’t work,” said Hodgdon. “We struggled the first month or two really trying to set the car down and once we did that, we really focused on things like my line around the track and what adjustments we needed to make going from daylight into the night. With only getting one tire a week, we had to figure out how to keep the car consistent from week to week and not make the tires fall off too much. It was a lot of learning about the program and how to accumulate as many points as we could throughout the season.” 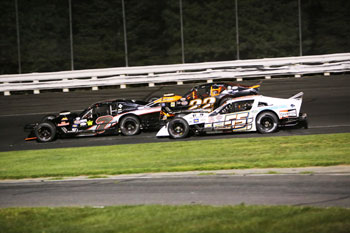 Now that Hodgdon has a full season’s worth of experience, he is in a much better situation to begin the 2019 season than he was at the start of the 2018 season when he came into the SK Lights with zero knowledge of his car or the competitors around him.

“I knew before last season started that I wouldn’t know what to expect jumping in the car, but now that I have a year of experience and I know what drivers are going to do around me and how the car will react in certain situations, it’s definitely a big confidence booster and it should help a lot having that experience under my belt,” said Hodgdon. “I think we showed everyone else that we’re one of the top dogs in the field with our win and top-5 finishes.”

Hodgdon’s victory this past season has raised the bar for his expectations and he is looking to make a run at the SK Light championship in 2019. Hodgdon has identified the areas where he feels he was the weakest in 2018 and if he can improve his consistency as well as his performance in late race restart situations, he feels like he and his team can be championship contenders. 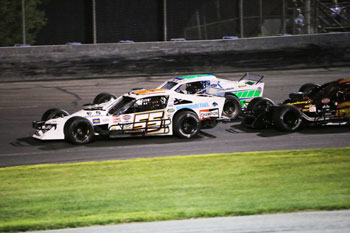 “We didn’t finish a lot of races like we wanted to last year so our focus for 2019 is to have a car that we can hold guys off with over the last 5 laps of a race,” said Hodgdon. “I feel like I got beat on a lot of short green-white-checkered type of situations. We were in a winning position in a lot of races and we just couldn’t close the deal so I need to work on hammering down my restarts. Our goal is to run for the championship this year. With the experience we gained last year, if we can stay consistently in the top-5 every week I think we’ll have a good shot at winning the championship with the car that we have. Thanks to Montanari Fuel, Ness Auto, Jim’s Welding, State Cutter, Tony Mottola, Trent Markovitz, and my Mom, Dad, and sister for all their support and I also have to thank Keith Rocco for helping us out with the car setup throughout the year.”