(Stafford Springs, CT)—Tom DiMaggio and Vault Productions have announced release dates of their highly anticipated reality series, The Show at Stafford Speedway. The series, which follows 4 of Stafford’s top SK Modified® drivers throughout their 2019 season, is scheduled for 9 episodes and launches January 28, 2020 on YouTube. Episode 1, ‘Meet the Drivers’, debuted this spring and the remaining series will be released 2 episodes per week through February 18, 2020. 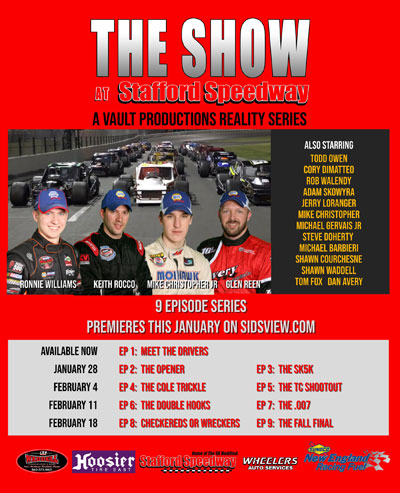 “Production has been intense,” explained DiMaggio. “During the season we had 5 events where we brought over 40 cameras to cover the action.  We not only followed these drivers’ race seasons, but also wanted to capture the atmosphere of SK Modified® racing at Stafford on Friday nights.”

DiMaggio teamed up with Sean Foster, a multi-time Stafford winner and former SK Modified® competitor. Foster, known for his web series “Short Track Racer”, and DiMaggio, who is widely known for his documentary work on the Waterford Speedbowl, are excited to blend their styles to showcase one of the top weekly racing programs in the country.

“Sean Foster and I have been brainstorming for a couple years to collaborate on a big production that would blend our two styles,” continued DiMaggio. “We also wanted to bring a Northeast flavor to the type of reality series that have been produced about Modifieds in the south.  And most importantly, I always want to challenge myself and my crew to do something that nobody else is doing and give the viewers something to watch that they haven’t seen before.” 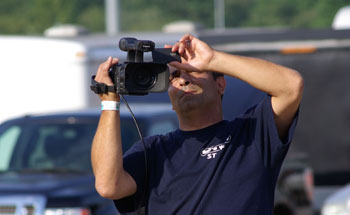 As all of Stafford’s fans know, there will be no shortage of action. Each of the four featured drivers had multiple nights where they were the center of the action either ending up in victory lane or in the middle of classic Stafford Speedway SK Modified® drama.

“Viewers can expect to be entertained, that’s for sure.  This series has a little bit of everything – an intense rivalry, aggressive driving, frustrating results, and plenty of smack-talk. We were fortunate to have a championship battle that went right down to the last few laps of the season.  We also have some really emotional moments, great tributes to drivers we’ve lost like Ted Christopher, Mike Stefanik and Bob Potter plus 3 things that I always try to incorporate into my video work – my passion for short track racing, my love of music and my sense of humor.  I think all those ingredients will make for a really entertaining series.”

The first episode which was filmed and released prior to the season, is currently available online. Tune in on YouTube to meet the drivers who will be featured on the upcoming season. 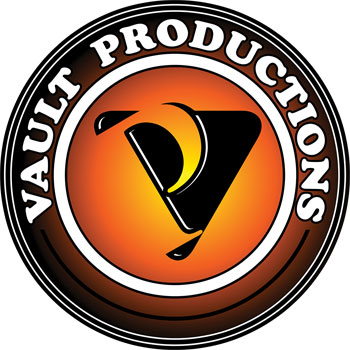 “All of us at Stafford Speedway are looking forward to the series,” explained Stafford COO Paul Arute. “If you’ve had a chance to checkout the first episode you can see that the production quality is first rate and that this will be a can’t miss series. We all appreciate the work that Tom and his team have put into this production. We’ve seen a few sneak peeks and are all amazed at how well they have shown the passion that goes into racing at Stafford. We’re all looking forward to the debut and can’t thank Vault Productions enough for featuring the story of Stafford Speedway and the SK Modified® division.”

The Show at Stafford Speedway is made possible by great sponsors including Waddell Communications, New England Race Fuel, Hoosier Tire East, Wheeler’s Auto, and Stafford Motor Speedway. Viewers can plan to watch the webseries on the Vault Productions YouTube channel. Sneak previews will be released on Vault Productions and Stafford Speedway social media platforms in the weeks leading up to the debut.