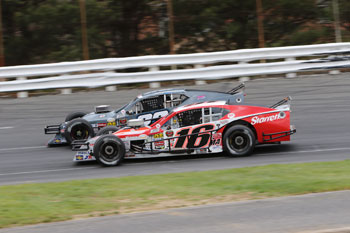 (Stafford Springs, CT)—For many drivers, sitting in third place in the points standings at the halfway point of a season would be considered a good thing. But for Timmy Solomito and the #16 Starrett Tools team, the 2018 season is not quite where they want to be after winning 5 races and finishing second in the championship by a scant 6 point margin last year. Solomito is still in search of his first win of 2018 despite sitting third in the NASCAR Whelen Modified Tour standings. With the August 3 Starrett 150 at Stafford Speedway kicking off the second half of the 2018 NWMT season, what better place and time for Solomito to pick up his first win of the season than in a race that is sponsored by his team sponsor?

“I’m looking forward to it, I think it’s going to be pretty exciting,” said Solomito. “It’s pretty cool that Starrett has stepped up and is sponsoring a race at Stafford. It puts a little added pressure on us but that might do us some good right now. We’re not having the season we’d like, but hopefully we can start to get things turned around at our sponsor’s race. We had 5 wins last year so we’re definitely not where we want to be this year. I think by this time last year we already had 3 wins and we’re halfway through this season and we haven’t won yet, so it’s been tough. We’re still fighting and plugging away and trying to do the best we can to get back to victory lane. It would be great to get a win for our sponsor, especially in a race that they’re sponsoring.” 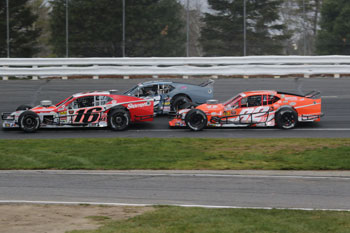 If Solomito is to end his 2018 win drought at Stafford, he will have to do it at a track where he hasn’t always enjoyed the best of results. In his first 7 career starts at Stafford, Solomito only had one top-10 finish but he has recorded 9 top-10 finishes in his last 12 Stafford starts dating back to the 2015 NAPA Spring Sizzler. Solomito has come agonizingly close to winning at Stafford with a second place effort in the 2016 NAPA Fall Final and two other third place efforts, but he is still in search of that elusive first Stafford victory.

“We’ve been close at Stafford in the past just not close enough to win,” said Solomito. “Stafford hasn’t really been my strong suit so it would be really cool to turn that around in our sponsor’s race. Stafford is a tough track and there’s a lot of really good competitors. We’ll bring our best car and put our best foot forward and give it all we got.”

The keys to victory at Stafford depends on a good qualifying effort and having the right pit strategy. Solomito has qualified in the top-9 in 9 of his last 11 Stafford starts and with teams only allowed one tire change per pit stop, it’s anyone’s guess as to what will be the correct pit strategy to employ for the Starrett 150. 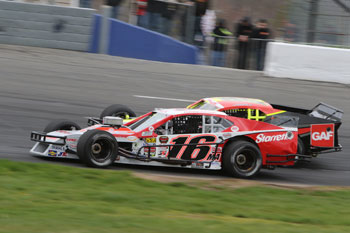 “It’s tough to pass at Stafford some times so having a good starting position and having a good pit strategy to stay up front all night is going to be important,” said Solomito. “Usually the guys who start in the top-5 are up front at the end so hopefully we can lay down a good lap and at least start the night off right. There’s so much that can happen in 150 laps and you can’t really plan when the cautions are going to happen. It’s kind of a roll of the dice once you get out there and you see what’s going on and what other teams are doing. This one tire deal kind of has everybody doing different things so hopefully our strategy will play out the best and we can be up front at the end when it counts.”

With the Starrett 150 kicking off a five race stretch in five weeks for NWMT teams, Solomito will be looking for some good runs in order to stay in the thick of the championship chase.

“A good run in this race would be huge for us,” said Solomito. “The first half of the year didn’t go as good as we were looking for. We’re third in points and we’re still in the championship race, which is a bonus. It would be huge to start the second half of the year with a strong run and put us in for a good month of August. August is a tough stretch for everybody with a lot of races in a short amount of days. Last year we were close to winning the championship so it would be nice if we could fight for it again this year.”