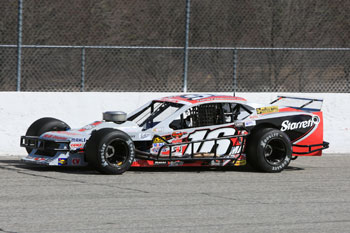 (Stafford Springs, CT)—Timmy Solomito is looking to continue his good fortunes when the NASCAR Whelen Modified Tour visits Stafford Motor Speedway on April 29-30 for the 46th Annual NAPA Spring Sizzler®. Solomito and the #16 Starrett Tools team won the season opening race at Myrtle Beach and followed that up by sitting on the pole and finishing runner-up in the second event of 2017 at Thompson.

“It’s been a pretty good start to the season so far,” said Solomito. “We’re taking things race by race and trying to do the same things we did last year and get better each time we come to the racetrack. We’ve been strong at Stafford and have been close to winning in the past but haven’t been able to seal the deal. The start to the season has given us an extra boost of confidence and momentum is picking up for us. We have Myrtle Beach and Thompson behind us and now the focus is on putting together a good car for Stafford. Hopefully with what we’ve learned and my experience behind the wheel we can take that to Stafford and be even better.” 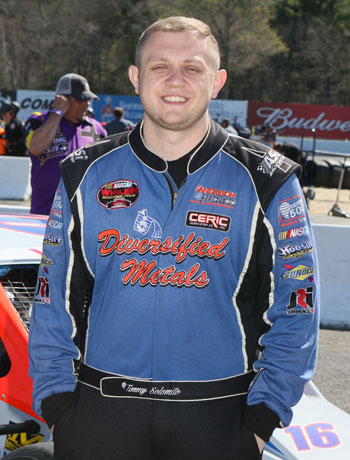 One area that Solomito will have to improve on if he is to carry his early season momentum to Stafford will be a good qualifying lap to get a starting spot towards the front of the field. In 14 previous NWMT starts, Solomito has qualified in the top-5 only twice but feels that a recent rule change might play to his benefit for qualifying this season.

“We haven’t quite hit the qualifying like we need to yet at Stafford,” said Solomito. “I think our best qualifying there has been a third. I’m hoping the new procedure of going out by practice times will help us out. We’ve usually gotten an early draw and Stafford is a track where a later draw can really help you out. We never seemed to have much luck pulling a late number for qualifying so we’re hoping to have a good practice lap that will allow us to go out a little bit later in the qualifying session. No matter if you have 50 laps or 200 laps at Stafford, passing is tough. The cars are getting more and more equal and teams are making each other step their games up. Track position is going to be huge and a good qualifying effort is a good start for track position.” 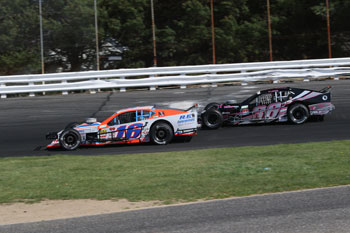 Stafford hasn’t always been Solomito’s favorite track as his first seven starts he netted only one top-10 finish. But in his last seven starts, he has 6 top-8 finishes, including a best finish of second in last year’s NAPA Fall Final. Solomito has also yet to lead a lap at Stafford during his career, winning the NAPA Spring Sizzler® would be huge for Solomito.

“The Sizzler is a race that you always want to win,” said Solomito. “I think last year we dragged a jack down pit road when we were running third and we had to go to the back of the pack and ended up finishing fourth. The Sizzler would be huge to win with the history behind the race for the entire team. Hopefully we have a good car and we can be in a position to go for the win as the race gets close to the end.” 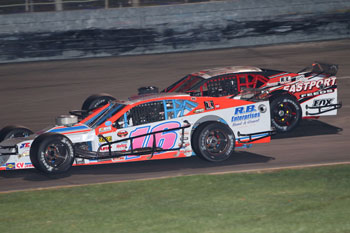 With the NAPA Spring Sizzler® being 200 laps in length, the race strategy varies differently from many of the standard 150-lap events that the Whelen Modified Tour partakes in. With the majority of the NWMT field utilizing the NASCAR Spec Engine, teams will have to pit twice for fuel and tires but the question remains when is the best time and what is the best combination for teams to use when making the two pit stops during the race? For the tire stop, there is a new rule that allows teams to bolt on a softer right rear tire than they start the race on, which brings up the possibility of a late pit stop to make a charge back through the field.

“Usually we try to see how the race goes and play things from there,” said Solomito. “Most guys usually come around lap-50 or lap-60 for fuel and an adjustment to the car and then kind of ride until the tire stop, which is when everything usually breaks loose. I’m sure there’s still some guys that can pit late and charge back through the field although it’ll be tough. We have the new rule where you can put a softer tire on the right rear so I think it could be done but it’ll be tough. You’ll need to have a really good car since the tires fall off pretty quickly.” 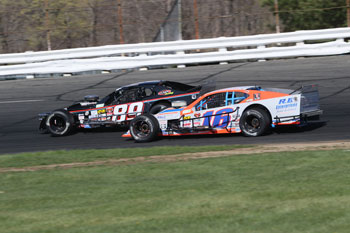