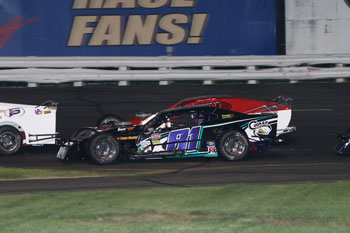 (Stafford Springs, CT)—With the second half of the 2017 season at Stafford Motor Speedway well underway, Todd Owen is closing in on his first win of the year. The Somers native has already won SK Modified® feature events at Thompson and Waterford this season and he is looking for a Stafford victory to complete the Connecticut state trifecta.

“We had a slow start to the season but between all 3 tracks, we had a 12 or 14 race top-10 streak, which was pretty cool,” said Owen. “Everything is going really good right now for us. The motor program is great with R.A.D. Automachine, the car is going good, and the whole shop is clicking right now. I would love to have a win at all 3 tracks this year. We’ve been pretty close at Stafford, we just haven’t been able to seal the deal. We’re still working hard, Stafford is still our priority, and Stafford is the hardest challenge for us. I think we’re knocking on the door. There’s definitely some strong competition at Stafford but I feel like we’re a top-5 car and if things go our way one night, we can definitely grab a win. I’d be disappointed at the end of the season if we don’t have at least one win at Stafford. I have to give a big thanks to all my supporters Cooker Construction, Barnes Pools, R.A.D. Automachine, Start/Finish Motorsports, Cliff Nelson, Big Haus USA, Chassis Pro, Tommy’s Tattoo, R&D Construction, and Austin Auto Body.” 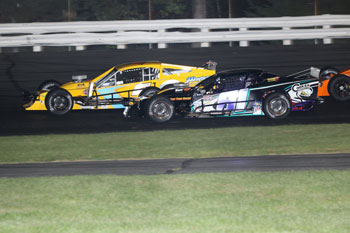 Owen began the 2017 season with finishes of 20th and 14th, which left him sitting 15th in the SK Modified® standings. Starting with the race on June 2, Owen reeled off 6 consecutive top-8 finishes, including 3 podium efforts. Even after a 14th place finish the last time out at Stafford on Aug. 11, Owen now sits 6th in the standings, 58 points behind Keith Rocco. Owen is looking to finish the season out strong and get himself into the top-3 for the final points standings of 2017 after the season ending NAPA Fall Final on Sept. 30-Oct. 1.

“I haven’t really been watching the points because after the first few races this year we felt kind of like we were out of it since we had such a bad start,” said Owen. “We’ve been trying to crawl back into it but we had another bad finish last week. We’re just going to try to finish as best we can every week and keep the car in one piece and the points will pretty much take care of themselves at that point. We were fourth before last week and I think we’re now sixth, it’s all pretty close. Ultimately we’d love to finish in the top-3 this year. In order to do that, we have to beat the best of the best and there’s still a long way to go. The top-5 guys are most likely going to be in the top-10 unless they have a problem so we’ll try to do our best.” 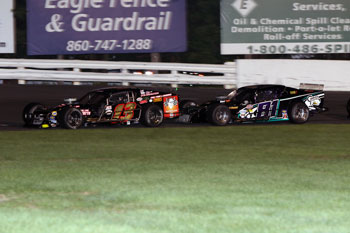 In addition to working on his #81 Cooker Construction machine, Owen also houses the SK Modified® car of Josh Wood, the SK Light car of David Arute, and the Limited Late Model car of Bryan Narducci. Just as Owen has been mainstay in the top-10, his stable of cars is also enjoying strong runs of late. Wood just recorded the first top-10 finish of his rookie SK Modified® season while Arute and Narducci have both won feature events and are challenging for the championship in their respective divisions.

“It’s not all about me, there’s a lot of work in the shop and it’s about all of us clicking together to make sure we all go good,” said Owen. “It’s kind of neat for me to see this year. Bryan is a big kid, but he’s still a kid and David, he grew up around racing and he’s learned a lot and I really enjoy helping them and watching them race just as much as I like driving. We’re working on an SK Light for Bryan to run at the Fall Final so overall it’s a huge commitment but so far it’s been working well for us.” 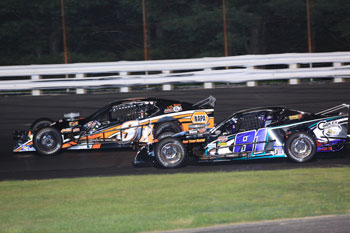 Owen and his stable of drivers will be back in action this Friday night at Stafford as part of the Girls Night Out / Intrepid Fallen Heroes Fund Track Walk / K&N Promo Night program. Ladies can get a general admission ticket for only $10 while everyone can be part of the track walk for a $10 donation to the Intrepid Fallen Heroes Fund, which will be collected by NAPA representatives. There will also be K&N gift bags to be given away to fans in attendance. Regular tickets are priced at $17.50 for adult general admission, kids 6-14 are $5.00 and kids 5 & under are free. Reserved seating is available for $20 for all ages. All ticket prices include 10% CT Admission Tax. Stafford Motor Speedway offers plenty of free parking along with overnight parking available for self contained Recreational Vehicles.