Tom Abele, Jr. Running with the Big Dogs at Stafford 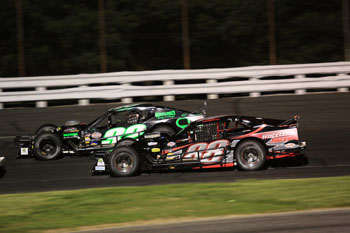 (Stafford Springs, CT)—Entering the 2017 SK Modified® season at Stafford Motor Speedway, Baltic native Tom Abele, Jr. had very little in the way of seat time at the Connecticut half-mile. After striking up a deal with Keith Rocco to pilot his #32 machine with sponsorship from Dunleavy’s Truck and Trailer Repair, Course Legend, and 32 Signs Abele decided to run Stafford for the full 2017 season. Abele has made the most of the opportunity, racking up top-5 finishes in each of the first two races and currently sits 5th in the points standings, only 8 points outside the lead.

“This is pretty much a new thing for me,” said Abele. “I’ve ran a couple of Whelen Modified Tour and MRS races at Stafford but that was a while ago so it’s been a bit since I’ve raced at Stafford. I’ve been racing the SK Modified® division at the bowl [Waterford] the last couple of seasons so the SK’s aren’t new but it is new racing at Stafford and working with Keith. Our original plan was to run Waterford and everyone knows what happened there. So we decided to come to Stafford and see how things went the first couple of races. Now I think we’re going to stick at Stafford, it’s been a lot of fun so far. If I was racing at Waterford, I would have had pretty high expectations but going to Stafford with the competition they have and being a newer track that I don’t have a lot of experience at, I really didn’t have any expectations. After these first couple of races, I feel pretty confident that we can be a top-5 car every week.” 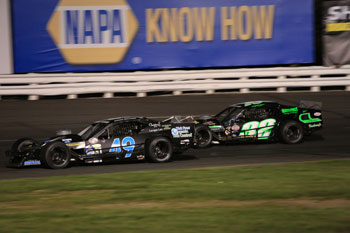 After running his own team for the majority of his career, Abele says that the partnership with Rocco has enabled him to race stress free as well as being a blessing in disguise in that Rocco always has an answer for how the #32 car might be handling on a particular day.

“Working with Keith has been the best decision in racing that I’ve ever made,” said Abele. “He prepares the car the right way, he brings it to the track, and he knows what changes to make. It’s all the little things that maybe the average person would lack. Keith will come right over after we come off the track and ask me what the car is doing and we’ll talk and he’ll make changes to the car that always make it run better than it was before. I like working with Keith and his team and I’m sure a lot of people think Keith is all business at the track, which he is, but he’s also one of the nicest guys at Stafford off the track. It’s a little nerve wracking for me to race for someone like Keith with all the success he’s had and when you hop into one of his cars, it’s tough to live up to his standard. I don’t even compare myself to Keith as a driver, he’s in a league of his own. For us to go out and get a fifth and a fourth having never worked together before or driven the car before, it’s definitely a good start.” 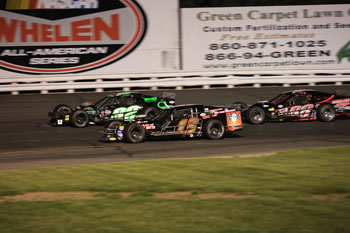 In light of his good start to the 2017 season, Abele not only feels like he is now a weekly contender, but that even a win could be possible this season. After racing with the leaders during this past Friday night’s feature event, Abele was feeling like he had a legitimate opportunity to come away with his first SK Modified® victory at Stafford. Despite the winning feeling, Abele says he is in no hurry to try to make a move that he isn’t yet ready to make to try to win a race.

“I didn’t expect to finish where we have in the first few races,” said Abele. “I feel like we got lucky in the first race with attrition and for the first Friday night race, the car wasn’t extraordinarily fast but we made it better each time we went out from practice to the heat and then the feature. There was a point where I was racing up front with Ted I thought we had a chance to win, but we’re just going to take things race by race. I’m sure we’re going to have a bad race or two eventually but I think we’ll be in pretty good shape for the rest of the year. Between Teddy, Keith, Rowan, and guys like that, they all have hundreds and hundreds of laps between them, I don’t think I have but a couple hundred laps. I’m sure I’ll learn a lot more as the year goes on and I’ll start to put the car into spots that I normally wouldn’t as I get more comfortable.” 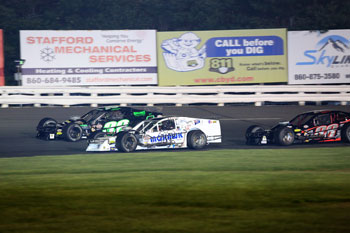 While Abele has collected several feature wins during his time in the SK Modified® ranks at Waterford Speebowl, he says that a win at Stafford would be an extra special win in his career.

“I have a couple of wins at the ‘Bowl in the SK and I cherish those wins since they don’t come very often,” said Abele. “I feel like we belong at Stafford and we’re going to be in contention although we’re not in the category of Teddy, Keith, and Rowan, who all have wins they’ve probably forgotten about. Especially at Stafford, it’s so competitive and such a different atmosphere that what I’m used to, a win would be huge.”

Abele enters the May 19th SK Modified® feature event in the midst of a titanic fight for the track championship. Three drivers, Ted Christopher, Keith Rocco, and Ronnie Williams, are tied for the point lead with Chase Dowling only 4 points behind and Abele 8 points behind. If Abele can continue his run of good fortune and collect his first Stafford SK Modified® victory at some point, it would go a long way towards keeping him in championship contention throughout the summer.