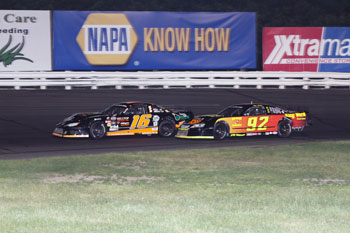 (Stafford Springs, CT)—East Longmeadow, MA native, Tom Fearn completed a remarkable 2016 Late Model season that saw him claim the track championship and complete every lap during the Late Model season. Fearn finished all 17 races in the top-10 with 7 wins and was seen on the podium in 13 feature events. As the 2017 season draws nearer to taking the green flag, Fearn and the crew of the #92 King Ward Coach Lines Chevrolet are ready to defend their crown.

“Last year we had a pretty good season with a lot of podium finishes,” said Fearn. “Something we’re all really proud of was the fact that we finished every lap of the season. That means a lot for our reliability and not having any mechanical issues. We have a few ideas that we’re going try during the Sizzler practice and see if we can get the car even faster. It was great to win the championship and it’s going to be even harder to win it again. We’re going to give it our best shot and we have some great sponsors with King Ward Coach Lines, SAFCO Foam, and Sarat Ford that allow us to get whatever we need for the car.” 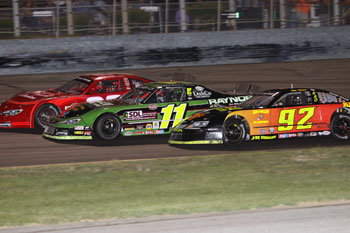 Fearn and the #92 team have been the ones to beat for the last 2 years in the Late Model division, racking up 17 feature victories in that span. Although Fearn won 10 times during the 2015 season, he had several DNF’s during the year that left him second behind Michael Bennett in the final standings. After taking the 2016 season off, Bennett will return to the Late Model ranks in 2017 along with a fine mix of veteran and up and coming drivers, making the task of repeating a tall one for Fearn.

“In 2015 we had 10 wins but we had a couple of DNF’s that year and that kept us from winning the championship,” said Fearn. “I think being able to finish every lap during last year made the difference for us. We’re going to try to repeat that mindset and hopefully the wins will come for us again this year. Having more cars is fine with us. No matter what you’re going to have good cars and mediocre cars and our goal is to be one of the top-3 cars and have the mindset of winning as many races as we can. We have a good car and the setup and my driving style really match up well. Michael Bennett is coming back this year and Michael Wray has stepped his game up recently and with veteran guys like Jim Mavlouganes, Tom Butler, and Kevin Gambacorta along with new guys like Joey Cipriano and Matt Vassar coming into the division, there should be plenty of competition this year. It should make for some exciting racing for the fans. It seems like the faster that you go, everyone else works extra hard to make their cars better and catch up so we have to keep on working hard ourselves. Rowan Pennink has won a couple of championships in a row in the SK Modifieds® now and we’d like to do the same this year in the Late Model division.” 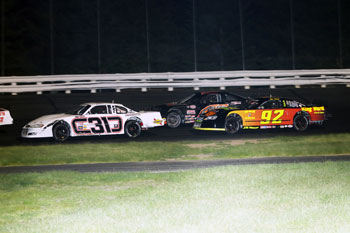 One race that will allow Fearn and the #92 team to pick up some early season momentum in their quest for a second consecutive championship will be the Call Before You Dig Late Model 50 on Friday, May 12. The extra distance event is scheduled to be the third race of the 2017 season and with over $10,000 in purse money with the winner guaranteed $1,811, a good finish could set a positive tone for the remainder of the 2017 season. Although Fearn is third on the Stafford All-Time Late Model Winners List with 33 career victories, he has never taken the checkered flag in an extra distance race.

“Last year we finished second in the 50-lapper behind Woody Pitkat, so we’re looking to go one spot better this year,” said Fearn. “The longer races are always a little tougher on the equipment so if we can be there in the top-3 at the end, that’s usually a pretty good night. We’ll have to get our tire strategy figured out for that second Friday night and come up with a setup that will last for 50 laps. Sometimes those longer races can go long green flag runs and the field can get spread out and it’s tough to make up spots. It’s going to take a good car and a good crew to win that race and hopefully we can come out of the box strong and get a win. I don’t think I’ve ever won an extra distance race at Stafford, so it would be nice to get the first one! We really appreciate Call Before You Dig doing their program at Stafford and getting involved with the Late Model 50 lapper.” 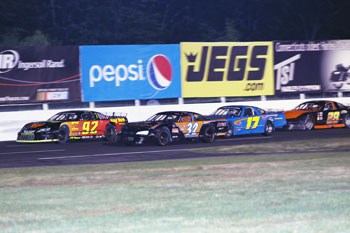 Fearn and the rest of the Late Model field will hit the track for the first time in 2017 during the 46th Annual NAPA Auto Parts Spring Sizzler on April 28-30. Tickets for the “Greatest Race in the History of Spring” are on sale now at the Speedway Box Office. Tickets are priced at $40.00 for adult general admission tickets, $5.00 for children ages 6-14, and children ages 5 and under are admitted free of charge when accompanied by an adult. Reserved seating is priced at $42.00 for all ages. As always, Stafford Motor Speedway offers free parking with overnight parking available. All tickets are good for both Saturday and Sunday admission. All ticket prices include 10% CT Admission Tax.