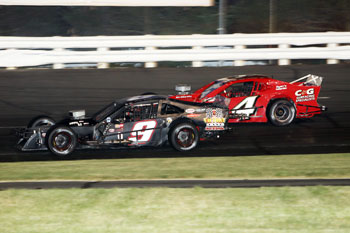 (Stafford Springs, CT)—Fresh off of his victory in the Open Modified 80 at Stafford back in June, Tommy Barrett, Jr. is locked and loaded for another run for the checkered flag in the Bud Light Open Mod 80 this Friday, July 13 at Stafford.

“Our confidence is pretty high coming to Stafford,” said Barrett. “We struggled a little bit last week at Seekonk but we know we have a fast setup for Stafford and we’ve tweaked it a little bit to try to get a little more speed out of it and I have all the confidence in my guys that they’ll do the right thing. Another win would be huge for us. I love winning at Stafford it’s where I started racing modifieds and it’s the track that I have the most wins at so I’d like to keep on stacking the wins up at Stafford.”

In just a short amount of time, Barrett has racked up quite the impressive resume at Stafford. He won 10 races as an SK Light rookie in 2010 and followed that up with 4 more SK Light victories in 2011. Barrett then won Modified Racing Series races at Stafford in 2012, 2013, and 2014 to go along with his Open Modified 80 win last month. Although Barrett has enjoyed a large amount of success at Stafford, he is not exactly sure why he runs so well when he comes to race at the Connecticut half-mile facility. 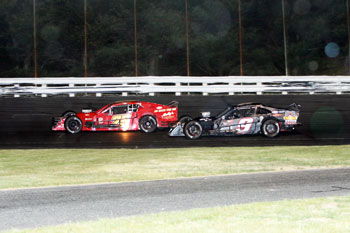 “I don’t really know,” said Barrett. “I really like the track and there’s a lot more lines than people think. You can really move around and when the car isn’t handling right in one place it might handle right in another place.”

With 18 career Stafford wins to his name, Barrett knows what it takes to get to victory lane at Stafford. With the Bud Light Open Modified 80 allowing for teams to change tires during the event, teams can use pit strategy to their advantage as well as having a fast car and track position at the end of the race. Barrett used an off-schedule pit stop in the June Open Modified 80 to gain track position when the leaders came in for tires later in the race and then drove away from his pursuers in the closing laps.

“To win at Stafford you need a fast car and track position,” said Barrett. “We actually didn’t pit according to plan in the last Stafford race. We originally planned to come in some time after halfway and we ended up coming in on lap-30. I think the plan for this race will be to pit a little later than we did in the last race, but a lot of times things don’t go how you plan. We’ll have to see how the race plays out. I think Keith Rocco, Richard Savary, Rowan Pennink, Chase Dowling, they’re all going to be fast and there’s going to be a lot of tough competition. Our plan is to come to the track and be the front runner in the race.” 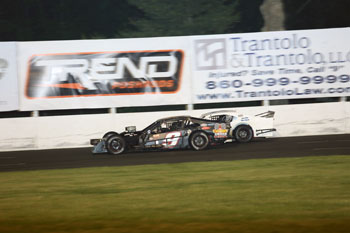 Not only will teams have to decide when to pit, but they will have to decide on which tires they want to change as Barrett says there are several options that will each affect the car differently.

“We ended up changing the rear tires rather than the right sides in the last race and I really tried to take care of the right front tire for the first 30 laps and it ended up holding together for the whole 80 laps,” said Barrett. “I’m not sure what our plan will be for this race, it’s all up to what my Dad wants to do. Changing the rears seemed to work last race and even though the nose started to give out a little bit we had good drive off the corner. If we change right sides, the car will turn better but the drive off won’t be as good. We’ll see how the day goes and we’ll make our decision come race time.”