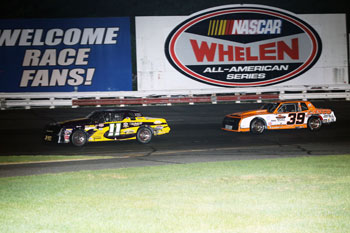 (Stafford Springs, CT)—When Stafford Speedway’s Street Stock cars take to the track for the first time in 2019 during NAPA Spring Sizzler Weekend on April 27-28, Woodbury, CT native Travis Hydar will be looking to continue a streak of top-10 finishes that began midway through the 2018 season. Hydar and and the #11 Hydar Construction team struggled through the first half of 2018, but he recorded 11 consecutive top-10 finishes, including a win and four consecutive top-5 finishes at the end of the year, to climb up to fourth place in the final points standings. With such a strong finish, Hydar is looking forward to the 2019 season.

“We’re feeling pretty good about the 2019 season,” said Hydar. “Last season we had some ups and downs but coming out of the end of the year on a pretty strong note gives us some confidence going into the first part of the 2019 season. At the beginning of last season we were fighting an ill-handling car so we tried something completely different and it hit and worked so we ran with it for the second half of the season. If the second half of the season, especially the last quarter of the year, is going to be any indication of how 2019 is going to go for us, I think we’re going to have a pretty strong season. I have to thank all our sponsors, My Mom and Dad with Hydar Construction, my Uncle with Splashwater Delivery, IPS Electric, Chris Jones Roofing & Siding, ToolsPlus.com, Superior Signs, Eastwood Fine Finishes, and Bushka Lumber.” 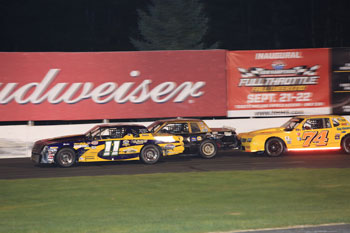 Hydar finished fourth in the Street Stock standings as a rookie in 2017 and he matched that output with his strong finish to the 2018 season. Hydar has won a race in each of his first two seasons and with a little more consistency on his side, he is looking to continue his winning ways and contending for the championship this season.

“It would have been cool to have a few more wins last season but we were pretty happy with just getting a win,” said Hydar. “We’re certainly looking to win some races and hopefully we can be a contender in the championship race at the end of the season. We’d like to have strong and consistent finishes where we’re running up front every week. Being able to win in our rookie season was a huge confidence builder knowing that we could win races. Winning again last year gave us assurance that we didn’t win by accident and it gives us the confidence that we can keep on winning races.” 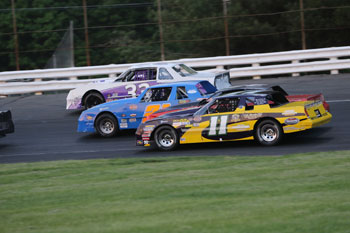 While Hydar is focused on winning races and being a championship contender this upcoming season, he is also excited about the prospect of winning some bonus money from the newly announced Royal Screw Machine Products Street Stock (RMSPCO.com) Triple Crown. The RSMPCO.com Triple Crown consists of three 30-lap events and will award points to determine a Triple Crown champion at the NAPA Auto Parts Fall Final. Points will be awarded to the top-10 finishers in each Triple Crown event, with the winner receiving 10 points and the 10th place finisher receiving 1 point. Additionally competitors will receive 1 bonus point for each non-triple crown Street Stock event they compete in over the 2019 season. The RSMPCO.com Triple Crown point fund will be $4,500 split among the top-10 finsihes with the winner taking home a $1,000 bonus. Hydar likes the longer 30-lap races and with so much money on the line, he expects the competition to be at an all-time high. 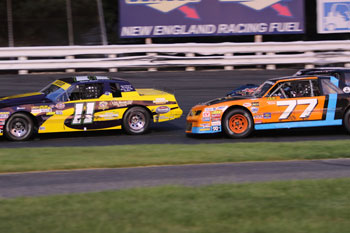 “I’m really looking forward to the Triple Crown races,” said Hydar. “I think it’s going to be a really cool deal and it’s going to amp up the intensity level for those 30-lap races. Drivers are going to be bringing their A-Games for those three races and it’s really cool that Royal Screw Machine Company is putting up that big bonus for us. The bonus money is something that I’m sure everyone is going to be working extra hard to get. I personally enjoy the longer races. The longer races have a lot more to do with strategy than being guns blazing for the whole race and you have to play more of a mental game for the longer races. It would mean a ton for us if we were able to win that Triple Crown bonus. It’s just me and my Dad working in the garage every week so it would be a huge payoff for us. Everyone wants to win the Spring Sizzler race and making that a Triple Crown race is going to make everyone want to win it that much more.”

The 2019 season and the first event of the RSMPCO.com Street Stock Triple Crown are set for NAPA Auto Parts Spring Sizzler weekend April 27th and 28th. The Street Stocks will kick off their season with a 30-lap feature Saturday afternoon. Tickets are available online at staffordspeedway.com or by contacting the speedway box office at 860-684-2783.