Tyler Leary Back On Track Heading Into Stafford Late Model 50 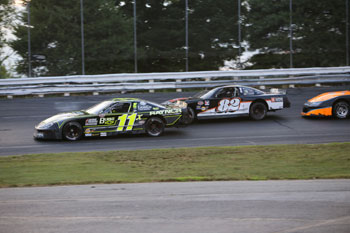 (Stafford Springs, CT)—Stafford Speedway’s Late Model division is taking center stage this Friday, August 16 for a 50-lap extra distance event that carries a purse of $10,000. Tyler Leary, Hatfield MA native, is looking to end a victory drought that dates back to the NAPA Fall Final in 2017, a stretch of nearly 2 years. Leary and the #11 Amherst Trucking / Raynor Garage Doors team head into the Late Model 50 feeling like the extra distance event could be the perfect opportunity to end their winless streak.

“I’m feeling pretty good about the race actually,” said Leary. “If you had asked me three or four weeks ago I probably would have said absolutely not. It’s been almost 2 years since we’ve last seen victory lane. It’s been frustrating for sure but we just keep working at it. I almost can’t even describe how frustrating it’s been. I know there’s some other guys out there who have had the same thing where they go through a dry spell. We’ve lacked some consistency this year but it would be such a relief to get another win. I’m hoping if we can hit the setup good and have the tires right where we want them, we can be a contender.” 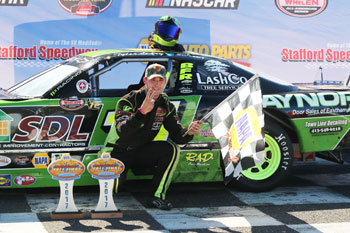 Leary looked like he was well on his way to ending his winless streak 2 weeks ago, pulling away from the field after starting from pole position but a caution with 4 laps to go erased his large lead and he ended up spinning on the restart after contact from another car. Leary recovered to finish 6th and he followed that up with a 4th place finish last week, which was only his 5th top-5 finish of the season. With the team struggling to find the perfect setup for the #11 car, Leary feels like he and his team are back on track to be able to find their way back to NAPA Victory Lane.

“We finally got the car going pretty good,” said Leary. “We’ve always had a fast car during the day this season, we just couldn’t quite figure out the feature-time setup. We were decent for the first 3 weeks and then we tried chasing the car and we dialed ourselves right out of it. We made a decision with Bob Fill, 2 or 3 weeks ago, to go back to square one and start over. Ever since we’ve done that, the car has been pretty good. We ran away from the field two weeks ago and had a mishap at the end of the race and then last week, I believe the three cars that finished in front of us were all on new tires and we were on old tires. With plenty of tires in our inventory, we feel like we have a good shot this Friday and hopefully we can get the job done. My car gets better as the race goes on and our fastest laps of the race are usually after lap-20.” 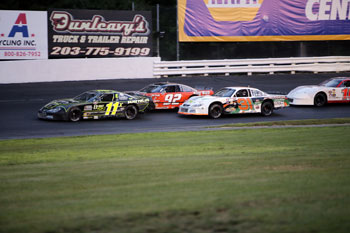 With Leary sitting 154 points behind Tom Fearn in the chase for the Late Model track championship, Leary says his focus for the remaining 6 races in 2019 are all about returning to NAPA Victory Lane and putting together a good base for the #11 team to build on for the 2020 season.

“The points chase has been over for us for a few weeks so we’re not even looking at points now, we’re just going for wins,” said Leary. “A win would be huge for us, especially in a big event like the Late Model 50. The High Roller Challenge that GRE6 is putting on is a wonderful thing and not only me, but everyone who races at Stafford appreciates all the contingency sponsors and the people who put up the big money for events like this. It would be huge to not only win, but to have some extra purse money and take these last 6 races and look at some things that we can take into next year.” 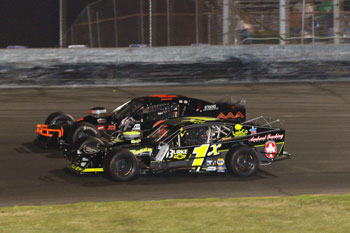 In addition to his #11 Late Model machine, Leary will also be looking to get his SK Modified® program on track after struggling through his rookie season behind the wheel of the #1 Amherst Trucking / Raynor Garage Doors SK Modified®.

“I’ll be the first to admit that I’m too hard on myself, but I also know that you don’t just hop into an SK Modified® and find instant success,” said Leary. “Obviously I’d like to be doing a little better and run a little more in the top-10 every week. You have to slowly adapt the driver to the car and the car to the driver, so it’s been a slow process but we’re going to take the next 6 weeks and grind it out and get better prepared for next season.