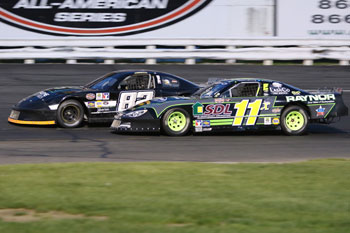 (Stafford Springs, CT)—The 2018 NASCAR Whelen All-American Series season is now in the record books so drivers and teams are busy making preparations for the 2019 season. One driver who already has his 2019 plans in place is Hatfield, MA native Tyler Leary. Leary will return to Stafford’s Late Model division with his #11 Amherst Trucking Chevrolet and will also join the 2019 SK Modified® rookie class in the car Josh Wood previously ran.

Leary began his Stafford career in 2016 in the Late Model division with the goal of one day making the move up to the SK Modified® division. With Josh Wood taking time off from racing the seat in the #24 car opened up and Leary got a phone call from Don Wood, owner of the car, and realized his goal a few seasons sooner than anticipated.

“I’m excited and I’m totally blown away for this opportunity,” said Leary. “I think it’s going to take a while for me to learn the car because the SK’s are the best division in the country, in my opinion, and a lot of other people would agree. Running a Late Model at Stafford and knowing the track will definitely help. I’ve driven different divisions of full-fendered cars but this will be my first time in a modified.”

Leary will drive Wood’s car with support from Todd Owen and his crew. While Leary is itching to get underway with his new SK Modified® combination, he is aware that he is facing an uphill learning curve with zero previous modified experience under his belt. 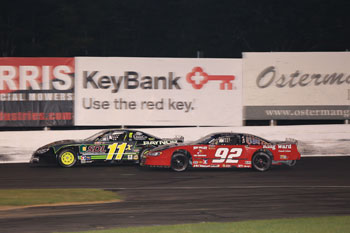 “Josh [Wood] is taking a year off to focus on the police academy. Donny had the car and the motor and Todd was the guy working on the car,” said Leary. “My name came up and Donny gave me a call and asked if I’d be interested in driving the car in 2019. We weren’t going to be ready to go SK racing by ourselves for several more years. I do want to go for more Late Model wins but we couldn’t pass up this opportunity. My goal when I first got started racing was to be in a modified one day since that’s what the Northeast is all about. This is an insane opportunity for me and Todd and all his guys seem like a great group of guys and I can’t wait to get started.”

Leary has adapted quickly to Late Model competition at Stafford, scoring 2 wins, 23 top-5 and 49 top-10 finishes over the past three seasons. Leary’s Late Model experience gives him a working knowledge of how to get around the track but he will be leaning on the experience of Todd Owen and his crew to help shorten the time it takes for him to get acclimated to life behind the wheel of an SK Modified®.

“It’s going to be tough because everyone in the SK’s are so good,” said Leary. “I think having Todd as kind of an instructor and someone to lean on will be huge for me. I’ve seen plenty of in car videos and I’ve been watching SK racing forever so I think I have a pretty good idea but I won’t know for sure until I get behind the wheel and get strapped in. It’s all going to be about getting as much seat time as we can in the practice sessions. Following guys like Todd, Keith Rocco, and all the guys who run up front will be beneficial to me to see where they’re braking and getting back on the gas. I did the same thing when I first started racing Late Models by following guys like Tom Fearn around the track and see what they’re doing and try to do the same things they were doing.” 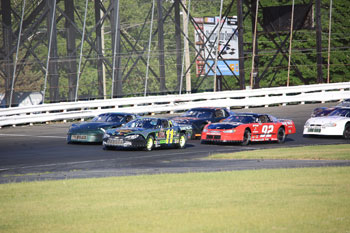 Leary has set modest goals for himself, but he definitely has his sights set on taking home the NAPA Rookie of the Year award after finishing second to Joel Monahan as Late Model rookie back in 2016.

“Making the car faster each week will be our main focus,” said Leary. “My main goal is to keep the car in one piece and finish races so that we can work on the car to try to find more speed rather than replacing nerf bars, bumpers, and that kind of stuff. We’ll see after the first few weeks how well that is going to go and I’d say top-15 finishes would be huge for us as a rookie driver. Rookie of the Year is absolutely a goal of ours. You only get to be a rookie driver once so that’s something that we’re going to try to accomplish.”

Leary will also have to find a balance between going back and forth between his SK Modified® and Late Model throughout the 2019 season.

“Double duty will also be all new to me,” said Leary. “We’ll be parked right next to Todd and Donny and we’ve got our Late Model program squared away so we’ll have to see what the season brings. It’s going to be tough for sure. It’s two totally different styles of racing and driving styles. I think driving the SK might actually help relieve some of the stress of driving the Late Model.”