Victory Lane In Rocco’s View at Stafford in 2019

Posted on April 4, 2019 by Scott Running Posted in News 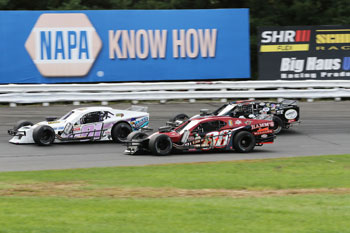 (Stafford Springs, CT)—Since being crowned SK Modified® Rookie of the Year and grabbing his first victory in 2005, Keith Rocco and NAPA Victory Lane at Stafford Speedway have become synonymous. Rocco has won at least one SK Modified® feature at Stafford every year since 2007 and has led the division in wins 6 times during that stretch, including 6 wins last season. With the 2019 season just around the corner, the Berlin, CT native and driver of the #88 Wheelers Auto Chevrolet is ready to continue racking up wins in Stafford’s premier SK Modified® division.

“It should be a good year,” said Rocco. “We’ll go out and do what we do best and see where we end up. The goal is to win as many races as we can. I’ve always been the type to go for wins and I’ve always been more excited about winning races than championships even with as many championships as we’ve won. I think we’ll be pretty strong and we’ll see how the cards fall for us. You have to have luck on your side but at the end of the day I know we’ll be up front contending for wins.”

The 2018 season saw Rocco continue a winning streak he began at the end of the 2017 season, winning the first four races of the season bringing him to a record 6 consecutive victories. Rocco was the early favorite for the championship but was eventually overtaken in the standings by Ronnie Williams. Rocco and crew chief Billy “Bear” Calicchio enter their second year working together and have identified where they need to improve in 2019. 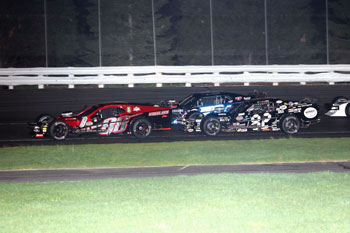 “We had a great year last season with a little bit of a dry spell mid-summer,” said Rocco. “We’ve figured out why that was and what we need to change this year to be better during the summer. It’s been a busy winter with a lot going on, so we’re a bit behind the 8 ball right now but we’ll be in good shape come the Sizzler. Last year was a learning curve working together with Bear for a full season and that definitely improved our program. We won the most races of anybody last year and I think we’re only going to get better and better as we keep going.”

Rocco has been driving for car owners John and Maina Rufrano since 2009 and for the first time he will have a teammate as Marcello Rufrano will make the move from Stafford’s SK Lights up to the SK Modified® division.

“I think it’s going to be really good for Marcello to have me as a teammate,” said Rocco. “I’ve been driving for his father since he was a kid and he’s grown up watching me and racing with me. He knows how I operate and it’s going to be great for the whole team for us to be teammates.” 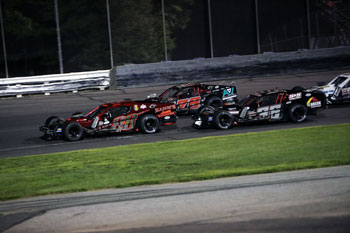 As well as driving his #88 machine, Rocco will also field two additional SK Modified® entries for Michael Gervais, Jr., and Michael Rutkoski. Rocco will also be kept busy throughout the summer lending his set-up knowledge to three SK Light drivers.

“I help Cassandra Cole, Teddy Hodgdon, and Noah Korner with setting up their SK Light cars and we’ll have Michael Gervais, Jr. and Michael Rutkoski driving in the SK’s,” said Rocco. “Over the last year and a half I really like working with Gervais family. Not only do they drive for me, they come down to the shop during the week and we’ve become great friends and I’m looking forward to working with Michael Rutkoski as well this season. Everybody gets along well and I think we have a really good program.”

During his 14-year Stafford career, Rocco has won races in the SK Modified®, Late Model, Valenti Modified Racing Series divisions as well as a win in the 2011 Champions for Charity kart race. In 2019, Rocco will be looking to add a win in one of the three Open Modified 80-lap events that will be held at Stafford this season. 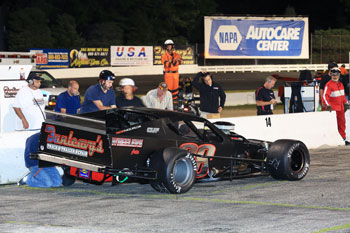 “I think those are one of my favorite races that Stafford puts on,” said Rocco. “It’s a great program with the amount of laps and they give the drivers a couple of tires. That really makes the races fun for the drivers, fans, and crews because they get to go over the wall and change tires and do something different other than going out for a 40-lap SK race.”

The 2019 season gets underway at Stafford with the NAPA Spring Sizzler® spanning 3 days kicking off Friday, April 26th with a full afternoon of practice for Stafford’s weekly divisions. The weekend continues Saturday with qualifying for all divisions including group qualifying for the NASCAR Whelen Modified Tour as well as feature racing for the Vintage All-Stars, Limited Late Models and Street Stocks. New for 2019 the Saturday Street Stock feature will be a 30 lap special event as part of the RMSPCO.com Street Stock Triple Crown. Sizzler® weekend is capped off Sunday with the NAPA Auto Parts Pit Party and feature racing for the SK Modifieds®, Late Models, SK Light Modifieds, and finally the NAPA Spring Sizzler® 200 for the NASCAR Whelen Modified Tour.