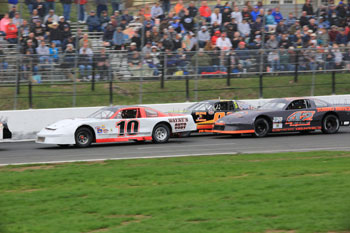 For the past 11 seasons, Shelton native Wayne Coury, Jr. has been racing in the Late Model division at Stafford Speedway without reaching NAPA Victory Lane. He has been close several times before with podium finishes but he is still in search of his first trip to the top step of the podium. Coming off a 6th place effort in the season opening NAPA Spring Sizzler® feature, Coury is hoping that he can put his #10 Wayne’s Auto Body Chevrolet into victory lane for a big payday in this Friday night’s Call Before You Dig 811 50-lap feature.

“I felt like we had a good enough car to win at the Sizzler and I think we’re really close to our first win,” said Coury.  “We’ve been close in the past and I think we’re right there knocking on the door. A win this Friday night would be huge for us. We’ve won at Waterford and Thompson and been competitive elsewhere but Stafford has been elusive for us. To win an extra distance race and a big purse would be a huge boost for the whole team, especially for my Dad. He’s been the main person behind the team since he stopped racing himself and it’s been pretty awesome to have him focusing on the car. I’d really like to be able to win this race for him. I don’t think our finishing record at Stafford is representative of how competitive we’ve been and we’re hoping we can change that this Friday night.” 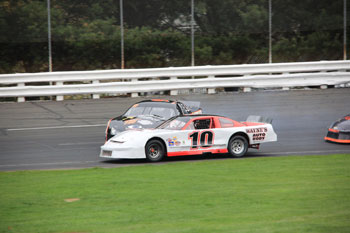 Coury recorded a 4th place finish in the 50-lap Late Model feature last season and he says his car is well suited to the extra distance, which is 20 laps longer than a normal Late Model feature at Stafford. Coury also says that his car is most likely the oldest car that will be in the starting field for the CBYD 811 Late Model 50.

“I don’t remember exactly where we finished in the 50-lapper last year, but it was somewhere in the top-5,” said Coury. “In general our car seems to get better throughout the race and since I usually start in the back because we don’t race every week the car seems to stay consistent throughout the race and it’s usually better at the end of the race. I’m hoping that trend continues the Friday night and we can be in the mix for another top-5 finish. We’re all having a lot more fun at the track and we’re all pretty psyched going into tomorrow night. Our car is very old, I think it was built back in the ‘90’s and it had to be one of Bob Fill’s earlier cars that we’ve kept maintained throughout the years. We have Valley Auto Machine power and not a lot of people have that engine in their car so it would be pretty cool to put our chassis and engine combination into victory lane.”

Coury and the rest of the Stafford Late Model field will be racing for a guaranteed winner’s check of $1,811 from total posted awards of over $10,000 thanks to the partnership between race sponsor Call Before You Dig and Stafford Speedway. 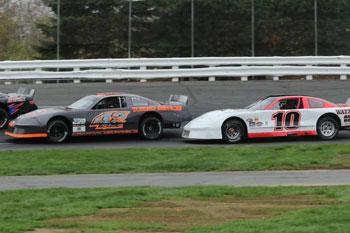 “This race is something that you don’t see at most tracks with the Late Model division,” said Coury. “It’s pretty cool for the Late Model guys at Stafford to have the opportunity to race for a purse like this thanks to Call Before You Dig. I think it’s also a reflection of the division and how competitive it is. I feel like its one of the toughest divisions in the northeast.”

Tickets for this Friday night’s Call Before You Dig 811 50 event are available and on sale now.   Tickets are priced at $20.00 for adult general admission tickets, $5.00 for children ages 6-14, and children ages 5 and under are admitted free of charge when accompanied by an adult. Reserved seat tickets are $23.00 for all ages. All ticket prices include 10% CT Admission Tax. Stafford Motor Speedway offers plenty of free parking along with overnight parking available for self contained Recreational Vehicles. May is Youth Organization Month at Stafford, meaning that any child age 14 or younger who wears a team shirt or uniform to the track will be given a free general admission ticket.