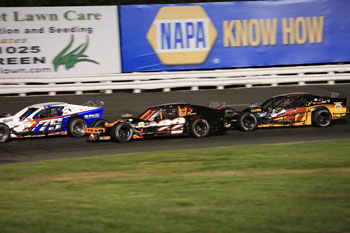 (Stafford Springs, CT)—As Stafford Speedway’s SK Lights gear up for the biggest race in the 12-year history of the division, Stafford native Wesley Prucker sits atop the points standings for the very first time in his career. Coming off of a career tying best finish of second on May 19th, Prucker is excited about the prospects of picking up his first career victory in the Dunleavy’s Modifiedz Night 40-lap SK Light feature event that will offer $14,790 in total posted awards with the race winner having the potential to take home a check for $2,925 with purse and contingency bonuses factored in.

“I think it’s going to be a great race and I’m looking forward to it,” said Prucker. “I think the first 30 laps might be a little iffy, but those last 10 laps you’re really going to see guys going for the win. Our next goal is to get a couple of wins. I think we’re really close and if there had been another caution flag last Friday, I think we could have won the race on the outside. I would have driven the car through the wall if I had to. I’m more confident than ever.” 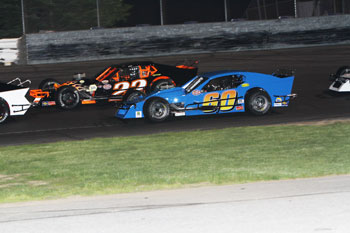 With 40-laps on tap, the SK Light cars will race twice as long as they’re accustomed to racing on a Friday night. While Prucker says that this will be the longest race he’s ever taken part in, he and his #22 Prucker Motorsports team aren’t planning on making any adjustments to their car for the race.

“This will be the longest race I’ve ever been in,” said Prucker. “We’re really not planning anything extra for the car, we’re just going to scale it with more fuel. The car has been handling great and we’ve actually lost a tire each of the last 2 weeks. Our plan is to conserve the car for the first half of the race and then go for it in the second half. My crew chief, Eddie Bagot, he really knows what he’s doing, so we know the car is going to be fast.”

The 2017 season marks Prucker’s fifth year in the SK Light division and each season has seen him improve his position in the final points standings as well as his race finishes. Prucker’s first 2 seasons were virtually identical with 14th place finishes in the points but he improved to 9th in 2015 and then 6th last season before leading the points through the first 3 races this season. Prucker’s second place finish on May 19th tied his career best finish in the SK Lights and he says that with the experience he’s gained over the past four plus seasons of competition that he expected to be where he is right now in the standings. 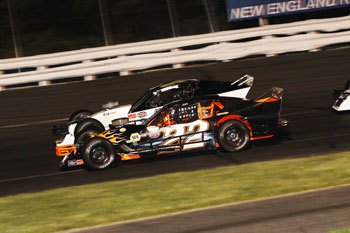 “After last year, we did expect to be better this season,” said Prucker. “We’ve had a little bit of luck being in the right place at the right time this year but I’ve been told by a lot of people that I’m more aggressive on the track. Last year I would wait and this year I’m going for it. It’s all about having more experience and also I know who you can trust and who you can’t. I think I’ve improved in every direction as a driver. If you put me on the track now versus my first season in the SK Lights, I would drive circles around the old me. We’re having a lot of fun right now, but it is only 3 races into the season, there’s a lot of racing left to go.”

“The outside here is different, I’m not sure if it’s the tire or what,” said Prucker. “I beg to differ with guys who say there’s no outside groove here. The car is just better for us when we go to the outside, it really turns. The one thing I have to work on is my line through turns 1+2 but we’re working on making that better.” 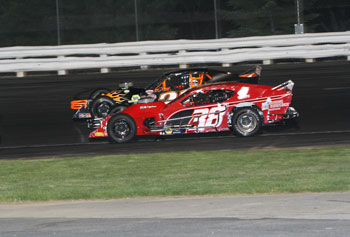 Prucker is also looking for sponsorship for his #22 machine.

In addition to the June 9th Dunleavy’s Modifiedz Night with the big paydays for SK Light teams, Stafford’s SK Modifieds® will also be racing an extra 10-laps with an additional $4,000 added to their purse. It is also Military Appreciation Night where anyone who presents a valid military I.D. at the admission gates will get a general admission ticket for only $10.00. Regularly priced tickets are $20.00 for adult general admission, $5.00 for kids 6-14, and free for kids 5 & under. Reserved seating is $23.00 for all ages. All ticket prices include 10% CT Admission Tax. Stafford Motor Speedway offers plenty of free parking along with overnight parking available for self contained Recreational Vehicles. There will also be a fireworks presentation at the conclusion of feature racing.