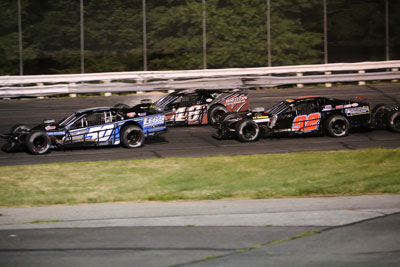 (Stafford Springs, CT)—With the dawn of the 2021 Stafford Weekly Racing season right around the corner, SK Modified® driver Dan Wesson is ready for a breakout season.  The 2021 season will mark Wesson’s 7th season of modified competition at Stafford and his 4th season in the SK Modified® division.  Since moving into the SK Modified® division in 2018, Wesson has yet to run a full season due to attending Wofford University in Spartanburg, SC, where he was the 2020 Southern Conference Air Rifle Champion.  Wesson has since transferred to Westfield State for his junior year where he is majoring in Finance. Being closer to his Monson, MA home will allow Wesson to run the full 2021 season.  The #92 Accurate Converter team has also announced they have secured the services of Stash Butova as their crew chief.  Butova replaces long time crew chief Brian Sullivan, who will still be assisting the #92 team on a part-time basis.

”I’m really excited to come back and be committed to a full season,” said Wesson.  “It’s been hard to stay focused on racing between going to school and not being home but now that I’m home I can put a lot more energy, time, and focus into racing.  Stash [Butova] has had a lot of success in the past with drivers like Frank Ruocco and Eric Berndt and he has a lot of wins under his belt at Stafford.  Brian [Sullivan] won the SK Light championship last year and he has kids of his own now so he has less time to be helping us out but we’ll still be parked next to each other in the paddock area and he’s still going to help us whenever he can and we’ll be helping him out whenever we can.” 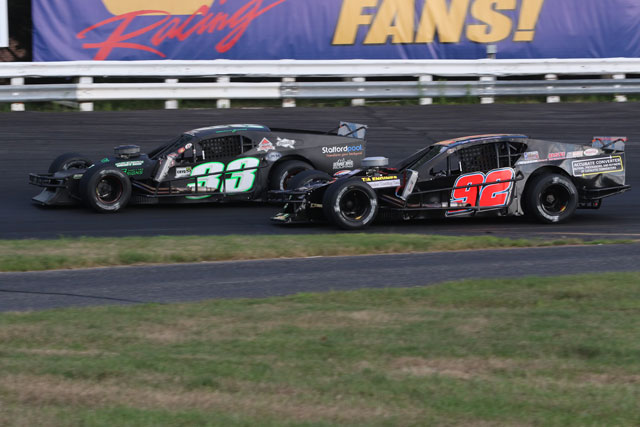 In only 3 seasons, Wesson enjoyed a great deal of success in the SK Light division, scoring a total of 10 wins while winning Rookie of the Year in 2015 and finishing second in the championship standings by only 4 points in 2017.  Wesson has found the going much tougher in the SK Modified® division with only 2 top-5 finishes in 28 career starts over 3 seasons, but he is confident that having Butova as his crew chief will help the #92 team to get back to their successful ways.

“Everyone is excited to have Stash on board and hopefully he can bring some of his success to our team,” said Wesson.  “We’ve struggled in the past with bad luck and some driver error every once in a while but we’re looking forward to having Stash hopefully transform some of our bad luck into success.”

Wesson’s career best finish to date in the SK Modified® division is a fourth place finish from July 19, 2019.  Wesson feels like the addition of Butova to his crew will help him to achieve his first career SK Modified® feature victory.

“With Stash coming on board I feel pretty confident we can get our first win this season and I have no doubt we’ll at least get a top-5 finish,” said Wesson.  “We’re slowly working our way towards the front of the pack and finishing races to get ourselves in a good position in the handicap so we can take advantage of the times when we have a good starting position in a feature.  Stash’s knowledge of car setups should be a big help for us getting the car to be able to compete weekly for wins.  We tried a lot of stuff that we ran with the SK Light car on the SK car and there just seemed to be a missing connection somewhere.” 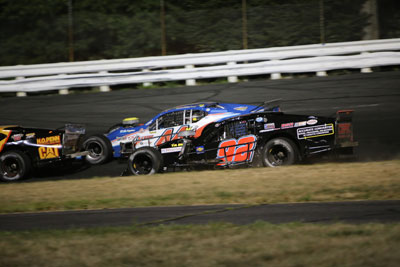 One main area of focus that Wesson will be looking for Butova to help overcome is the transition that the Stafford half-mile asphalt goes through from day to night and the adjustments that need to be made to the car in order to be a front runner during feature time at night.

“I think our biggest struggle has been finding a nighttime setup and Stash can help with that,” said Wesson.  “Stafford is a tricky track with the amount of changes you need to make to the car between daytime and nighttime and you don’t really see that at any other tracks, Stafford is in a league of its own.  It’s like a switch goes off in the car and it becomes much more difficult to drive at night.”

The first few weeks of the 2021 season will almost be like Wesson is a SK Modified® rookie all over again as he will have to learn and get dialed into a new car setup, so his expectations for the 2021 season are a bit tempered. 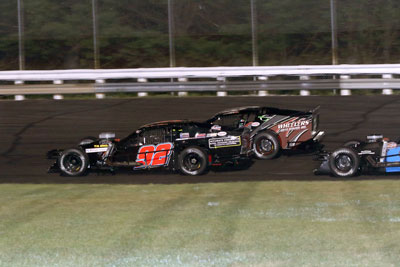 “At the beginning of the season we want to get adjusted to the new car setup and then work on building up from top-10 to top-5 finishes and hopefully a win.  The longer we work together the more comfortable I’ll be driving the car but it’s going to be baby steps at first and then hopefully we can build up to being a winning car.  The first couple of weeks are going to give us a good idea of where we’re at with the car and what the year will look like for us.  We’ll see if we can jump out and have success right away or we’ll find out how much more work we need to do in the shop to find success.  I have to thank Ceric Fabrication, Accurate Converter, and all of our other sponsors who jumped back on board with us for this season.  We’re very excited with the changes we’ve made to the team and we’re always open to any additional sponsors who want to join our team.  I think we can have a very successful season.”

Wesson will kick off the 2021 SK Modified® season at Stafford with a double header of feature events on Saturday, April 24 as part of NAPA Auto Parts Opening Day festivities and Sunday, April 25 with the 49th Annual NAPA Spring Sizzler®.  Tickets for these 2 events are available and on sale now at www.staffordspeedway.com and fans are encouraged to purchase their tickets now before capacity limits are reached.