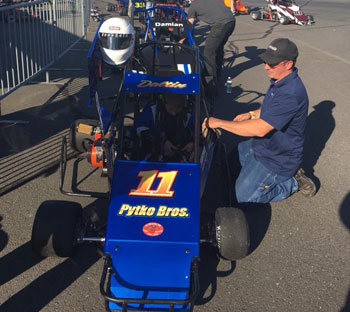 (Stafford Springs, CT)—When the green flag falls on the 2020 season at Stafford Speedway, 14-year-old Daltin McCarthy will kick off his first full season of competition at the Connecticut half-mile facility. The Oxford, MA native and Wild Thing Karts graduate is a 2nd generation driver and 3rd generation from his family to be involved in racing. The youngster has his sights set on winning the Street Stock Rookie of the Year award in 2020.

“I’m definitely hoping that we can win Rookie of the Year and maybe get a podium finish or two by the end of the year,” said McCarthy. “We’ll see where we fall in the points standings. We’re not worried about racing for points to finish high up in the standings, we’re going to be more focused on learning the car and the track. I think it’s going to come down to how quickly I can get used to the car at the start of the season and I’m hoping that it won’t take me very long. If we could win Rookie of the Year and get a couple of podium finishes, that would be a good season for us. I’m looking forward to it a lot, I think it’s going to be an interesting season moving up from the karts.” 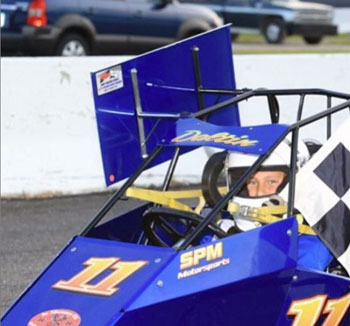 McCarthy follows in the footsteps of his father Stu, who raced SK Modifieds® from the early ‘90s to the early 2000’s, his two Uncles Scott and Steve, who both raced Late Models, and his grandfather, “Tootie” McCarthy, who built modified engines for cars all up and down the east coast. As McCarthy progresses through his rookie season, having his family experience to lean on will be a big help in accelerating his learning curve.

“It’s definitely cool to have my whole family between my Dad and my Uncles involved because their experience is going to be a big help,” said McCarthy. “My Uncle Steve and Uncle Scott along with my Dad have all been drivers so they all know what it takes to be fast.”

McCarthy is the latest driver to make the move from Wild Thing Karts into the NASCAR Weekly Racing Series at Stafford. Over 30 drivers have made the transition from the karts to the Stafford’s NASCAR Weekly Racing Series, including track champions Ronnie Williams, Marcello Rufrano, and George Bessette, Jr., as well as two former weekly racers who have won Stafford championships, Cory Casagrande and Frank L’Etoile, Jr. 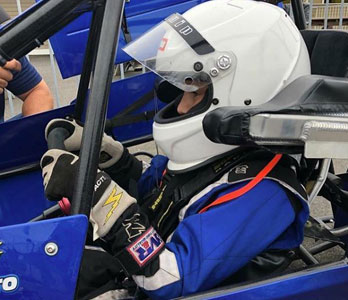 “I think racing karts is a big help because it teaches you how to race and how to race with other cars around you,” said McCarthy. “You just have to learn that you’re in a new car and it’s a new style of racing from karts.”

McCarthy’s quest to claim Rookie of the Year honors in 2020 will be aided by the fact that McCarthy has purchased the former #39 Street Stock car that helped carry George Bessette, Jr. to 10 Street Stock wins from 2017-2019 as well as the 2018 Street Stock championship.

“That’s going to be big for us because we already know it’s a great car and chassis and there shouldn’t be a lot of things for us to change on the car,” said McCarthy. “It’s definitely exciting knowing that the car has won a championship already at Stafford.” 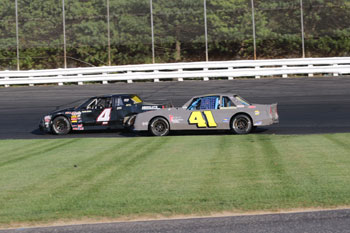 McCarthy got an introduction to Street Stock competition at Stafford by making his debut in the season ending NAPA Fall Final this past September. McCarthy finished 19th after retiring from the race in the early stages, but the experience laid the foundation for what McCarthy can expect in 2020.

“I definitely learned a lot but with the new rule changes that we have for the 2020 season, it’s going to be a lot different,” said McCarthy. “I’ll be able to take some things I learned with me into 2020 but it’s going to be a lot different so the first couple of practice sessions with the Open Sizzler practice and the Sizzler Weekend are going to be very important for us. I’m counting down the days to the Sizzler and I can’t wait to get started!”

The 2020 Street Stock season will kick off at the 49th Annual NAPA Spring Sizzler® on April 24-26. Tickets for the “Greatest Race in the History of Spring” are on sale now by calling the Speedway Box Office 860-684-2783 or online at www.staffordspeedway.com.