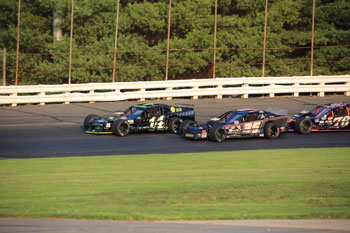 (Stafford Springs, CT)—After a 5-race foray into Stafford Speedway’s SK Light division in 2018, 15-year old Ellington native Steven Chapman will join the division full time in 2019 and challenge for Rookie of the Year Honors. Chapman is a graduate of the Monday night Wild Thing Karts program at Stafford where he won the 2014 Tiger A championship and the 2016 Jr. Outlaw championship. With three top-10 finishes in his brief 5-race stint during the 2018 season, Chapman is looking forward to racing full-time behind the wheel of his #14 Chapman Apartment Homes machine.

“I’m really excited,” said Chapman. “I got a taste of the SK Lights at Stafford, Thompson, and Waterford this past season and I won my very first start at Waterford, so I’m extremely excited. Going from Tiger Cubs through Junior Outlaws in Wild Thing Karts really taught me a lot. The karts are just like modifieds so you can’t really make contact with other karts and being around all the great people involved with the Wild Thing Karts was a really big help.” 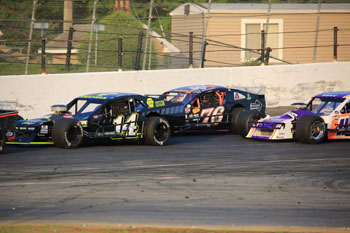 While Chapman’s five-race schedule was the first time he had been behind the wheel of a modified at Stafford, he looked like a seasoned veteran. Chapman had to start in the back of the pack due to being a new driver late in the season, but having to start in the back and find his way through the field didn’t faze him in the least bit.

“I had several practices and races at Waterford before we came to Stafford, so that really helped give me a feel for the car and when we came to Stafford, for whatever reason things seemed to click for us,” said Chapman. “Stafford was definitely different from Waterford with more open turns, longer straightaways, and tougher competition, but I loved racing at Stafford. I learned a lot by having to start in the back and having to pass cars. I feel pretty confident with a great crew behind me and Brian Sullivan setting the car up. We’re rebuilding the car and getting it ready for the upcoming season.” 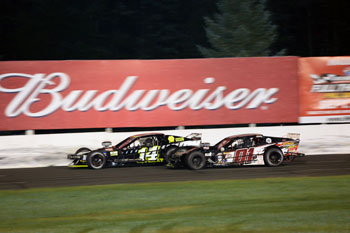 With two championships and over 20 feature wins during his time in the Wild Thing Karts at Stafford, Chapman is accustomed to winning races. Although he will be a rookie in 2019, his mindset hasn’t wavered at all from going out to win races as well as the championship. Chapman will be looking to join Michael Gervais, Jr. (2009), Matt Galko (2010), and Jeremy Sorel (2014) as SK Light rookie drivers who also won the championship in their rookie season.

“In 2019 we’re going for Rookie of the Year and we want to win the championship,” said Chapman. “We only ran 5 races at Stafford to get my feet wet and allow me to run for Rookie of the Year this season. I know what I’m getting into for next season and those 5 races will give me a head start over some of the other rookie drivers who haven’t raced at Stafford in a modified yet. We’re fast enough and we have the right setup in the car so we’re going to try to win both the championship and Rookie of the Year and it would be really cool if we could do the double.” 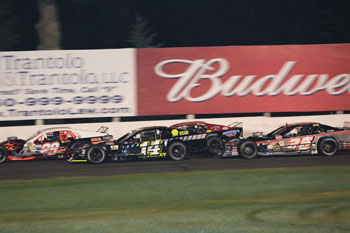 Chapman’s best finish during his 5 starts in 2018 was a sixth place effort in his very first start on Aug. 3. While Chapman would go on to record two more top-10 finishes, he thinks he was very close to getting a win and will be anxious to get his first win and more during the 2019 season while at the same time soaking up as much information as he can about his new SK Light ride.

“We thought we were going to get a win last year but we had a couple of close calls,” said Chapman. “I’m hoping we can get at least one win and hopefully we can get a couple of wins and that will help us towards winning the championship. There’s still a ton of stuff for me to learn and work on while driving the car. I need to learn how to adjust the brakes, I need to get better at shifting, and little things like that to work on. I have to thank all my sponsors, Chapman Apartment Homes, K & W Custom Auto, NAPA Tolland, Competitive Edge Coatings, Critical Signs, and Brian Sullivan, Rick and Rob Derkee, Jim Sullivan, Jim Speilman, Bill Neiman, Glenn, Ted, and my Mom, Dad, and 2 brothers for all their help and support.”