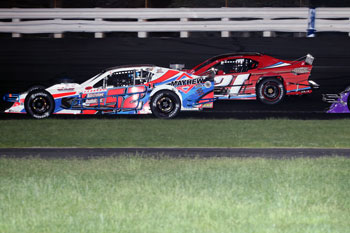 (Stafford Springs, CT)—Since the start of the 2015 season, when it comes to tour style modified racing at Stafford, hometown driver Woody Pitkat and the #52 Mayhew Tools team have been hard to beat. Pitkat scored 2 wins and a runner-up finish in the 3 modified races held at Stafford in 2015. Pitkat has since scored 4 second place finishes in 7 other starts at Stafford from 2016-2018. Coming off a near victory in the VMRS 80 three weeks ago at Stafford where he finished second behind Rowan Pennink, Pitkat is looking to take home another Stafford trophy in the Twisted Tea Open Modified 80.

“I think we’ll have a good shot at winning the race,” said Pitkat. “We led a bunch of laps last time out at Stafford, if not for that late caution it might have been a different story and we would have been in victory lane. We’ve worked on the car since that race but we haven’t changed anything since it was so good. Since we got this Troyer car from Jerry Solomito, we ran it at Waterford and Stafford and we’ve led laps in both races and we were in contention to win both races. I’m looking forward to the race and trying to get another win at my home track.”

If his racer’s motivation wasn’t enough to help propel him to another Stafford win, Pitkat can look forward to the feeling of enjoying his favorite drink in victory lane as Twisted Tea will be providing 80 Twisted Teas for the victory lane ceremonies. 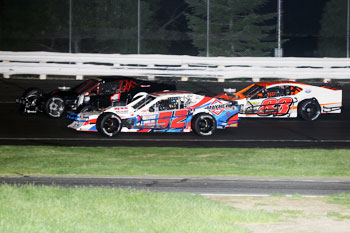 If Pitkat is going to enjoy Twisted Tea in victory lane, he will have to outrace a mix of veteran and new drivers alike to take the checkered flag. A mix of veteran drivers such as Rowan Pennink, Chase Dowling, Eric Goodale, and Keith Rocco along with newcomers like Mike Christopher, Jr., Andrew Molleur, Anthony Flannery, and Robert Bloxsom, III are all entered in the field.

“There’s going to be a good mix of drivers who have never driven a tour style modified like Mike Christopher, Jr. and Robert Bloxsom, III who have plenty of seat time at Stafford but they’ll have to get used to the bigger engines, and then obviously you have the veterans and guys who run weekly like Chase Dowling, Rowan Pennink, Tommy Barrett, Eric Goodale, it’s going to be a good field of cars.”

Pitkat is also looking forward to having the opportunity to be able to change 2 tires during the Twisted Tea Open Mod 80, something that he couldn’t do three weeks ago in the VMRS 80. With teams having the option of taking 2 tires during the race, there is a wide variety of strategy options that teams can utilize and Pitkat says that may lead to a surprise winner. 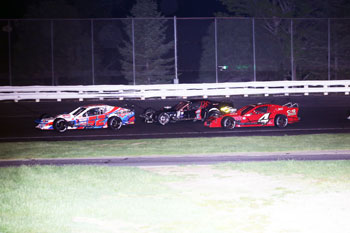 “I think it’s going to be a very exciting race with all the different strategy options,” said Pitkat. “You could see a 2 tire change or guys might swap tires. I could almost see a scenario where someone might come in early for tires and then stay out under a late caution while others come in for tires. You never know what’s going to happen. That’s why we put on a show for the fans to see how the game is going to play out. With the pit stop I think we can run hard right from the start, which is the mentality we get coming from the SK Modified® division where you go as hard as you can for 40 laps every week.”