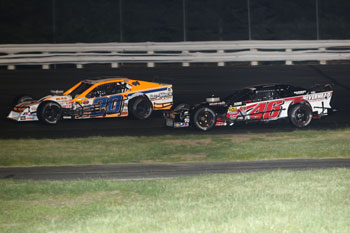 (Stafford Springs, CT)—As Stafford Motor Speedway gets set to host the NASCAR Whelen Modified Tour for the 46th Annual NAPA Auto Parts Spring Sizzler® on April 29-30, hometown driver Woody Pitkat is preparing to make his 9th start in “The Greatest Race in the History of Spring” for what will be his 6th different car owner. Pitkat has made starts driving for owners Don King, John Lukosavage, David Hill, Buzz Chew, Kevin Stuart, and now for the 2017 season he will be driving the #46 Riverhead Building Supply Chevrolet owned by Russell Goodale.

“We went down to Myrtle Beach in February to try to get acclimated with the team and they could see what I was looking for with the car and what they were looking for from me,” said Pitkat. “The Goodale team has been hard at work during the winter getting the cars ready and hopefully we can be competitive and run well right out of the gate so we can have a strong season. I’d like to be able to compete for a couple of wins and hopefully we can get in the top-5 or the top-3 to contend for the championship. I won the Sizzler a couple years ago and it would be nice if we could be contenders again for the Sizzler.” 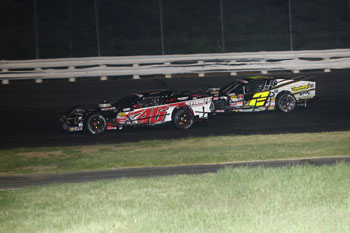 Despite the hodgepodge of owners Pitkat has driven for, he enjoyed success in the Sizzler with a win, 2 top-5 and 7 top-10 finishes in his 8 starts. Pitkat travelled with the #46 team to Myrtle Beach back in February and finished 9th to help kick start his acclimation to the new team. In the first NWMT of the season in March, also held at Myrtle Beach, he scored an 8th place finish after a subpar qualifying effort that saw them start 25th.

“Unfortunately at Myrtle Beach we went with a different setup from the February race and we probably changed too much with the car and never could get it back to where it was to my liking,” said Pitkat. “That showed during time trials and we ended up starting 25th but we were in fifth with three laps to go and I thought we were going to get a top-5 out of it. I screwed up a little bit on the restart and locked the brakes going into the corner and we lost a couple of spots. I was mad at myself because we could have gotten a top-5 finish but a top-10 was pretty good for our first time together. We’re all excited to build on the 8th place finish and get back to tracks that we’re familiar with. Obviously I’m excited for Stafford where I have plenty of racing experience. The Goodale’s have great equipment and a great crew, now we just have to put everything together.” 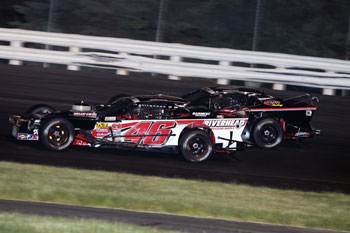 Pitkat is a three-time track champion at Stafford with two Late Model championships and an SK Modified® championship to his credit. He won the NAPA Spring Sizzler® in 2015 with Buzz Chew’s #88 team and he is no stranger to reaching NAPA Victory Lane at Stafford. Pitkat is currently second on Stafford’s All-Time Feature Winners List with 77 career wins. Pitkat has 30 SK Modified® feature wins, 40 Late Model wins, 3 DARE Stock wins, 2 Whelen Modified Tour wins, and 2 Modified Racing Series wins. Pitkat knows what it takes to win at Stafford and he will take an interesting tactic to help prepare for the 200-lap NAPA Spring Sizzler®.

“With the spec motor, I don’t think anyone can make all 200 laps with fuel unless you do some serious saving,” said Pitkat. “I was thinking about strategy for the Sizzler and I’ll probably rewatch the video of the Sizzler from 2 years ago when I won to relive what we did for strategy. A lot of it depends on when the cautions fall and what your track position is when the cautions do come out. If there’s an early caution, before lap-50, I’d say most guys will come in and top off the tank and then try to ride it out until around halfway and put new tires on. Hopefully at that point we can be in the top-10 and in position to go for the win.” 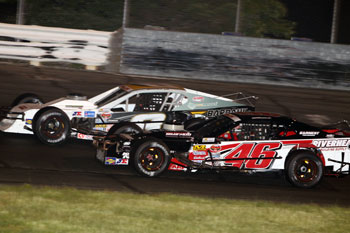 The 2017 season will see another milestone of sorts for Pitkat. Pitkat has been racing at Stafford on a weekly basis for over 20 years but with with the addition of his son Weston to his family along with other family obligations, Pitkat will take a step back from weekly competition this season, although he says that he would be open to driving if an opportunity were to present itself.

“I’m willing to look into running some events,” said Pitkat. “I’m possibly working on something for the SK 5k race. That’s my birthday so I’d like to run that race and try to win it. I have a lot on my plate right now, but I wouldn’t turn down the right opportunity to race.”