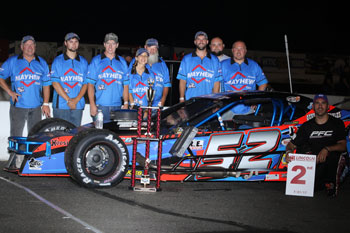 “We put together a team with Steve Greer, who I have a good relationship with from winning the SK championship at Stafford back in 2013, and he’s been a sponsor of mine ever since,” said Pitkat. “He owns one of the cars in the Danny Stebbins stable that I run on the MRS and MTS and he had been looking for a Troyer chassis car to run on the MTS. An opportunity came up where we could get a turn key car from Jerry Solomito that was ready to go and has only been raced two or three times. We bought the car for the MTS, but with my situation losing the 46 ride on the Tour, I wanted to try to stay up in the points if I can and with Stafford being my home track, what better place to try the new car and team combination out? I’m still looking for a Tour ride because this is a car that we’re going to focus on the MTS with. Danny Stebbins is going to help us out so I’ll have some of my MTS/MRS crew along with some of Steve’s guys and we’re looking for sponsors for tires, fuel, and travel costs. I think it’ll be a lot of fun to come to Stafford with some guys that I’ve worked with in the past couple of years and I’m really appreciative of Steve Greer’s continued support and Danny Stebbins helping us out. Instead of Gunsmoke Stables, which is Steve’s deal, we’re going to call it Gunsmoke Stebbins. We might run the two Stafford races and maybe Thompson if we come out of Stafford good and I’m still looking to see what else is out there for the remainder of the season.” 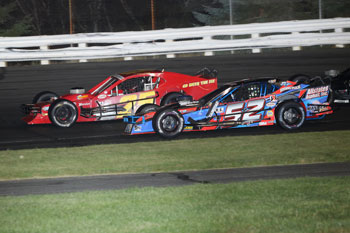 On paper, Stafford Motor Speedway would look to be the ideal spot for Pitkat to make his first appearance with a new team. Of Pitkat’s three career NWMT wins, two of them came at Stafford with his first career win coming in the 2014 Stafford 150 and then he won the 2015 NAPA Spring Sizzler® while driving for Buzz Chew. In addition to his 2 NWMT wins, Pitkat has scored 30 SK Modified® wins, 40 Late Model wins, 3 DARE Stock wins, and 2 Modified Racing Series wins at Stafford for a grand total of 77 wins to go along with his two Late Model track championships and his SK Modified® championship. Based on his past success at Stafford, Pitkat is looking for a solid top-10 effort in the NWMT Stafford 150. 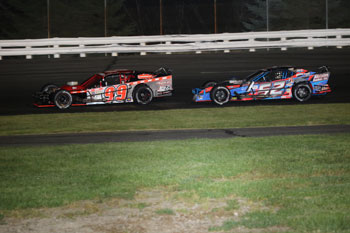 “I’m excited about it but we’re not going to come out and win our first race,” said Pitkat. “I think if we can get a good qualifying lap in the top-10 and then finish in the top-10, that would be like a win for us. We’re looking to have some fun in 2 or 3 races this season and for myself to get a little confidence because I haven’t really had a great showing on the Tour this year. I won’t be running an SK so I can focus completely on the Tour car and hopefully I can show everyone that with the right situation I can still run up front. We should have a pretty good notebook to work off of to be fast right out of the box and we can tweak here and there on the setup to be fast. I’ve been struggling a little with the group qualifying this year and only changing one tire per pit stop should help us out with only having a couple of guys to go over the wall instead of a full team. Hopefully we won’t have any issues with the car and my goal is to finish the race in tech inspection. If you can be in tech and have the car taken apart and looked at, that’s a good thing and we can move on to the next race.”