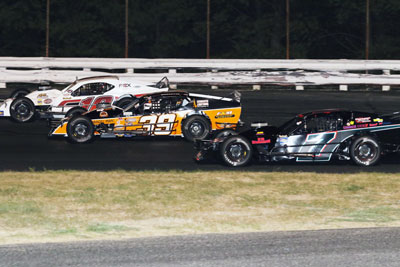 (Stafford Springs, CT)—The SK Light division at Stafford Speedway was created in 2006 with a mission statement to provide a budgeted open-wheel racing opportunity for participants seeking to pursue an open-wheeled racing career.  The SK Light division is also where the future stars of the SK Modified® and Whelen Modified Tour will emerge from and nothing illustrated this point more than the SK Light feature finish from August 14.  The race was won by 17-year-old Derek Debbis with Tyler Chapman, 15, Steven Chapman, 17, Alexander Pearl, 19, and George Bessette, Jr., 17, making up the top-5.  The average age of those top-5 finishers is 17 years of age.

Youth has been the dominant force in the SK Light division in 2020.  Through the first 6 races there has been only one driver over 20 years of age that has won a race and that was Brian Sullivan on July 17.  Debbis leads all drivers with 2 wins while Steven Chapman, Pearl, and Jonathan Puleo have each won a single race.  Pearl has been the most consistent driver, finishing all 6 races thus far in the top-6 to lead the points standings.  Puleo is second in the points with Debbis sixth in the points after not qualifying for the season opening event, Steven Chapman is eighth in points, Bessette is 10th in the points, and Tyler Chapman is 14th in the standings.

The majority of the SK Light young guns got started racing on Monday nights in the Wild Thing Kart Series run by Wade Gagner and his family, which has been instrumental in helping prepare drivers for making the move up to big time open wheel racing. 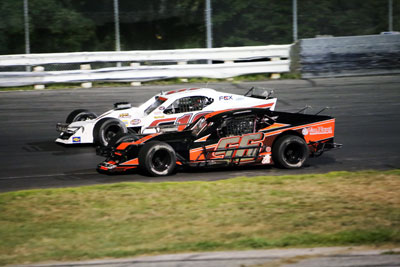 “Wild Thing Karts definitely helped give me some experience in open wheel cars and it helps prepare you to race open wheel cars,” said George Bessette, Jr.  “You learn pretty quick to not touch tires or else you’ll end up like I did five times upside down.  It’s a great tool for young kids to learn about open wheel racing.  We’re working on little things here and there and the SK Lights are the toughest division at Stafford along with the SK Modified® division.  The competition is so great and a lot of us young guns came from Wild Thing Karts.  We’ve got a fourth and a fifth in only 6 races this season and with a little more seat time, a win would be awesome.  With a 30-car field every week just making the field is a win for most people.  Maybe we can get a win before the end of the season but we’re just focused on getting some more podium finishes.  Being a younger driver, one of the first things I noticed was that a lot of the older guys like to pick on you but guys like Joey Ferrigno are all great guys and of course we want to beat each other on the track but after the races we’re all friends and we hang out together.  I think the older guys like supporting us because they once were young guns themselves.  I feel like our generation of racers is going to be one of the most competitive ever.”

Steven and Tyler Chapman are brothers who are not only racing for themselves, but for family pride as well.  Last Friday night at Stafford saw the two brothers racing head to head for the very first time battling for a top-2 finish and the brothers definitely keep track of who finishes in front of who each week.

“Wild thing karts was an amazing experience and Wade Gagner really puts on a great series for kids,” said Steven Chapman.  “I went from karts to legend cars to modifieds and with the karts being an open wheel car, you learn all about open wheel racing because you can’t touch tires when you’re racing for position against other drivers.  I learned a ton from Wild Thing Karts.  It’s been pretty cool being one of the young guys.  My first year at Stafford I was 15 and I think I was the youngest driver in the division.  It’s a lot of fun to race against guys who have been racing in the division for a long time and it was pretty cool racing with my brother last Friday night.  It was great to have our cars running wheel to wheel and being a contender for the win.  My brother Jason will be joining us shortly and hopefully we can one day all three be racing for a win.” 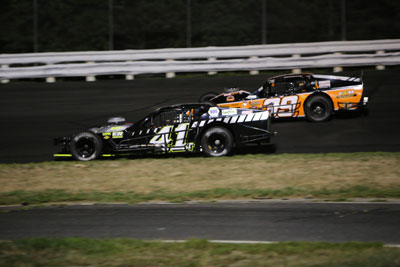 “If I didn’t run in the Wild Thing Karts, I don’t know that I’d be able to tell if the car was tight or loose,” said Tyler Chapman.  “Karts was a big help and it was a great experience to help prepare for the SK Lights.  It’s pretty cool to be the youngest driver out there.  Some of the drivers have been racing SK Lights for a long time and there’s a couple guys I know who have been racing SK Lights since I was 4 years old so it’s pretty cool for me to be able to not only race with those guys but to pass them on the track without hitting them.  It was pretty cool to be racing with Steven last Friday night and it was even better to come out on top.  We definitely keep track of who beats who each Friday night.  When he won his first race he left his trophy on top of the car all week so I would see it whenever I came into the shop and he let me know all week that he won.  Last Friday night showed me that we can be a contender to win and hopefully we can get a win.  I was hoping to maybe get a 10th or 12th place finish this season but now we have a fourth and a second so hopefully we can win one soon.”

The SK Lights return to feature action this Friday night, August 21st as part of the Lincoln Tech Open Modified 80 program.  Tickets for the Lincoln Tech Open Modified 80 are on sale now through the Stafford Speedway website with adult general admission priced at $30.00, $10.00 for kids ages 6-14, kids 5 and under are admitted free of charge when accompanied by an adult, and paddock passes are priced at $50.00.