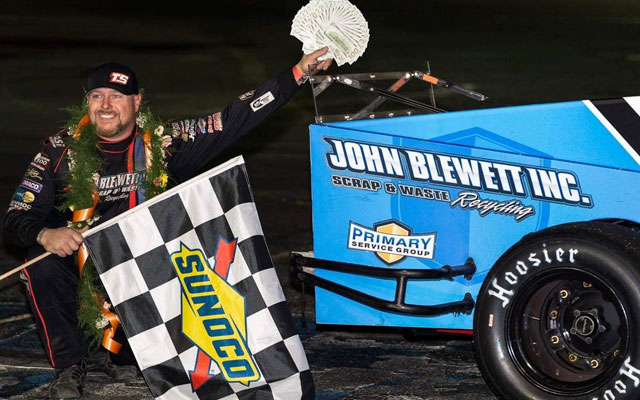 (Stafford Springs, CT)—The pride of Howell, NJ, “Showtime” Jimmy Blewett is set for a big weekend of racing at the NAPA Auto Parts Spring Sizzler April 23rd and 24th. Blewett has not only entered the 50th Annual NAPA Spring Sizzler® but will also get behind the wheel of a Keith Rocco owned SK Modified® and battle with Stafford’s best in the 40-lap SK Modified feature. Blewett partnered with Ryan Fisher and Primary Services Group to form a new open modified team for the 2021 Turkey Derby. After winning yet another Turkey Derby, Blewett is hopeful he can continue his winning ways at Stafford behind the wheel of the #02 PSG Motorsports / John Blewett, Inc. Chevrolet.

“A friend of mine from back home, Ryan Fisher, had always wanted to have a modified team so we put a team together for the Turkey Derby last year and we ended up winning the race,” said Blewett.  “We’re a new team and we’re still trying to figure out crew members and things like that but all in all it’s a great team with great equipment.  We have a newer Troyer chassis and a Mike Pettit engine so I’m looking forward to the race.  My realistic goal for the Turkey Derby was to go out and get a solid top-5.  I always want to win any race I enter but you also have to have realistic goals.  Going to the track with a new team, whether it’s your home track or not, it gave us a lot of comfort to be able to unload and have a fast car right off of the trailer with a new combination.  You’re racing against guys who all have great teams with great cars so you need to have good equipment behind you and Ryan Fisher from Primary Services Group has given me everything and anything that I’ve needed.  Stafford has always been one of my favorite if not my favorite track to go to so I’m really looking forward to it.  I think we’ll have as good of a shot as anyone going into the Sizzler®.” 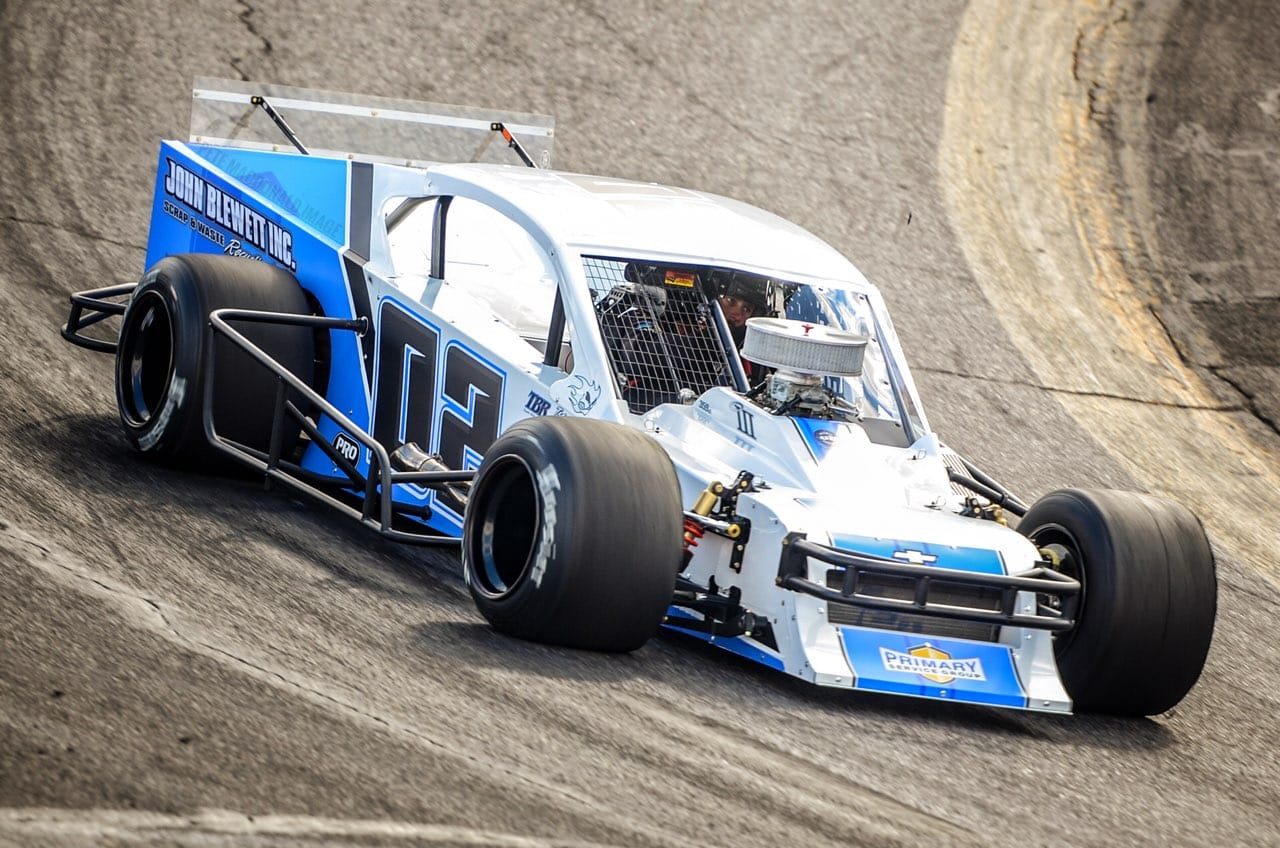 The Open Modified NAPA Spring Sizzler® won’t be the only race that Blewett competes in during the weekend.  Blewett has teamed with Keith Rocco to drive one of Rocco’s SK Modified® cars.  With a Fall Final SK Modified® victory to his credit back in 2005, Blewett likes his chances of running at the front of that race as well.

“I wouldn’t be able to do any of this without Tick Mike, Primary Services Group, and Extreme Wheel Repair as sponsors for both the open modified and the SK car,” said Blewett.  “Keith and I have always been good friends and we’ve been fierce competitors in the past.  There’s no one better to team up with than Keith to run an SK car.  I went to Keith’s shop the other day to see him working on my car and he was working harder on my car than he was working on his own car.  Keith gives you the best that he can possibly provide and I’m just looking forward to getting back to Stafford and doing some racing.  Hopefully this is something that I can do more races with Keith this season.  I’m hoping that I can do maybe 3 to 6 races in total with Keith.  It all depends on how the Sizzler goes and our sponsorship situation.  I love Stafford and I’m very comfortable getting around the track.  I’ve always loved racing SK type cars and I’m really excited.” 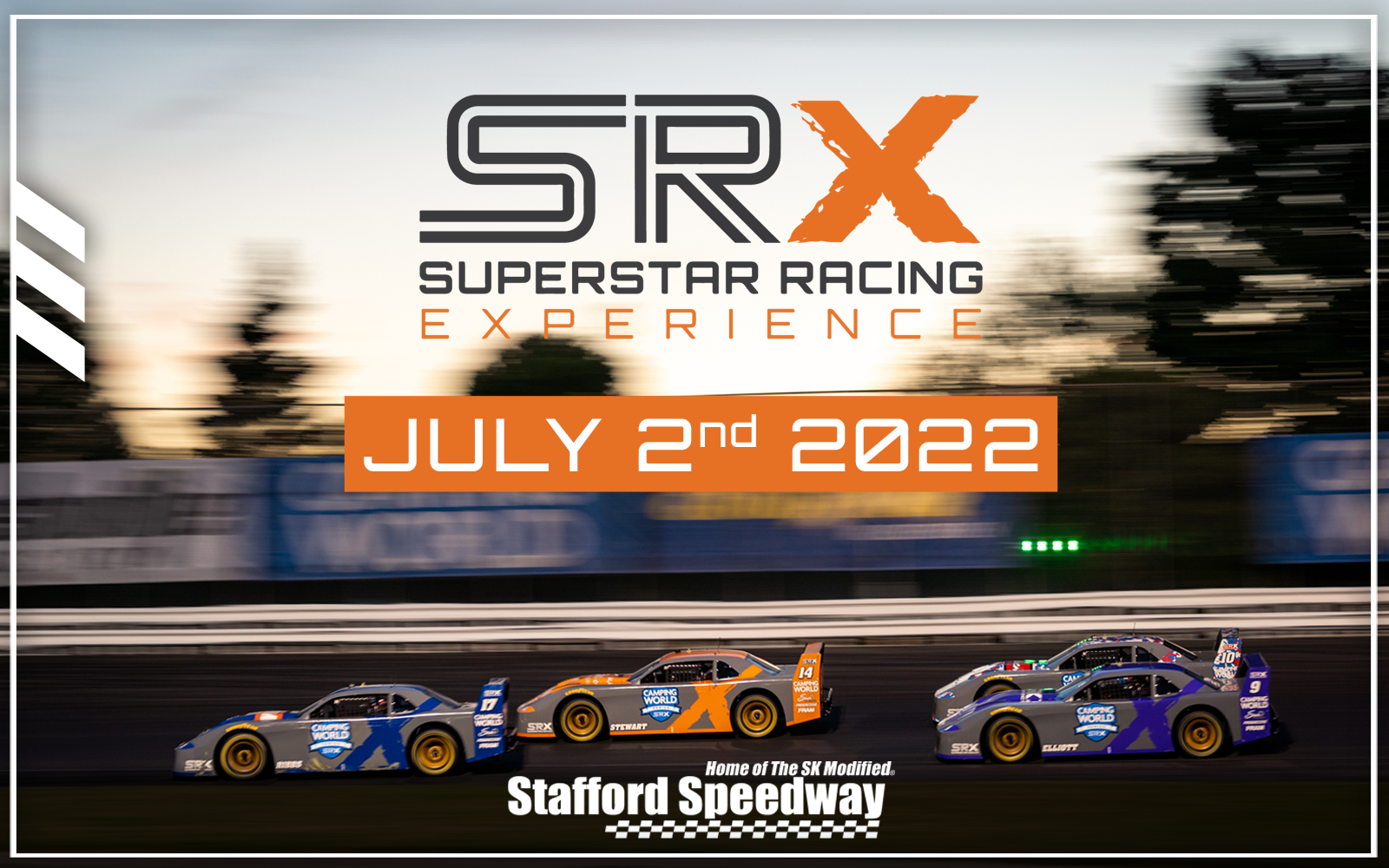 Another thing that has Blewett excited is the fact that the winner of the NAPA Spring Sizzler® will earn a starting position in the SRX event that is returning to Stafford on Saturday, July 2nd.  Last year’s SRX event saw Doug Coby outlast an all-star field that included the likes of 4-time Indianapolis 500 winner Helio Castroneves and NASCAR Cup Series champions Tony Stewart, Bobby Labonte, and Bill Elliott.

“I feel like that’s one of the main reasons why we’re all coming to Stafford,” said Blewett.  “Everyone wants to win the race and get that SRX slot so we can go out and show the world what modified racers are all about.  Doug Coby did a great job of showing that last year and if I should get that spot in the SRX race, I promise I won’t let anyone down.”

In order for Blewett to win the NAPA Spring Sizzler®, he first must qualify for the race.  Blewett and the nearly 50-car strong entry list will do battle in twin 40-lap heat races on Saturday, April 23 to set the top-20 drivers in the starting lineup.  The remainder of the 32-car field will be filled by twin 15-lap last chance qualifying races on Sunday, April 24 with the final 2 positions going to provisional starters.  Drivers will have to find a balance between racing hard enough in the qualifying races while trying to simultaneously save the car and the tires for the start of the 100-lap Sizzler®. 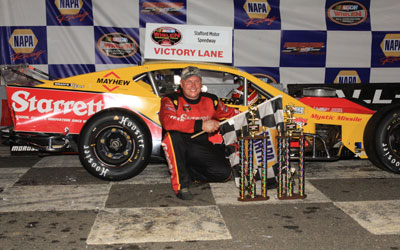 “The biggest thing for everyone is going to be making the race,” said Blewett.  “You’re going to have to play some strategy because we only get a certain number of tires for practice, qualifying, and the race.  I have an idea of what I want to do and Tommy Baldwin has been very helpful with how he thinks I should approach the qualifying races and how he’s going to approach them.  I have a lot of good people behind me and time will tell how things play out.  It’s pretty neat to see a return of the heat race format for qualifying.  I’ve been watching a lot of the older Sizzler videos on my Roku and YouTube and I think it will be better racing and the fans will really enjoy the heat races.”

The 50th running of the NAPA Auto Parts Spring Sizzler® kicks off on Saturday, April 23rd and Sunday, April 24th. The weekend will begin with the NAPA Auto Parts Duel qualifiers on Saturday the 23rd.  Also on hand Saturday, April 23rd will be the PASS Super Late Models, Street Stocks, Limited Late Models, and Vintage All-Stars.  Sunday, April 24th will be the headliner with the 100-lap NAPA Spring Sizzler® along with qualifying and feature races for the SK Modified®, Late Model, and SK Light Modified divisions.  Tickets can be ordered online at staffordspeedway.com/tickets.