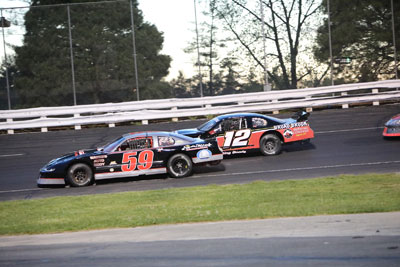 (Stafford Springs, CT)—With Stafford Speedway’s Limited Late Model division set for their extra distance feature of the 2022 season this Friday night, June 17, Matt Clement, driver of the #59 Utility Services of New England Chevrolet, is in search of his first win of the year.  Clement has been close to reaching NAPA Victory Lane this season with a second place finish on May 13 and two third place finishes.  A victory would mark Clement’s fourth consecutive season with a victory after he spent the first 4 seasons of his career winless.

“We’re definitely going in the right direction,” said Clement.  “We came pretty close to a win and we lost it in the last lap or two but I’m much happier with the car this year and much happier with how we’re functioning as a team.  I’m very excited about the progress my brother Jay has made in the 95 car and we’re ready for more success.  This race is almost like our Daytona 500.  It would be great if we could win this race because it would show the quality of the setup that we have in our car.  I have to give a big thank you to Utility Services of New England and Dave Miller, he’s been instrumental in allowing us to race 3 cars this season, Derek Marder from Aquatic Wildlife and Robert from Elmo’s Dockside Restaurant both came through in the clutch for us in trying to get our #18 car back together after a big wreck a couple weeks ago, and DMW Vinyl Graphics and Ron’s Automotive of Manchester.  Without all their support, we wouldn’t be able to be out on the track.” 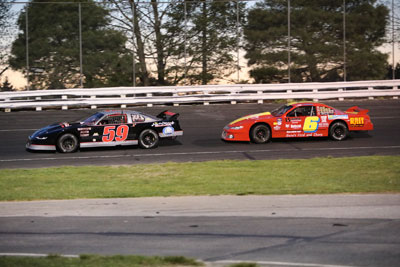 In addition to extending his winning streak, Clement has some extra motivation to be the first car to see the checkered flag this Friday night.

“I’d take a win any day of the week but this Friday would be a little more special because my Dad is retiring from RPI in Hartford after 24 years and it would be pretty great to be able to bring him home a trophy,” said Clement.  “We’ve been struggling the last couple weeks with the chassis seeming to go away towards the end of races.  We need to zero in on how to get the car to run as well in the feature as it does in practice because we’ve been consistently quick in every practice session this season.  The wins will come for us if we keep on taking things one week at a time”

Clement enters the Limited Late Model 25 this Friday night sitting in fourth place in the point standings, 34 points behind Rich Hammann.  If not for an early exit from the season opening NAPA Spring Sizzler® feature event that left him with a 16th place finish, Clement would be even higher in the standings.

“It was a very tiny thing that did us in that first race,” said Clement.  “We had a new hood on the car and it managed to unscrew the radiator cap.  With all the things that could happen to us on the racetrack, that was probably a best case scenario for a DNF.  It was disappointing but stuff like that happens and we’re just going to move on to the next race.  We just have to be consistent and finish up front for the rest of the season.  It’s almost like the pressure is off for us now.  The year we won 7 races we were leading the points for the majority of the year and I tried telling myself that I wasn’t worried about points but I was lying to myself.  We’re out here to have some fun this year between myself, my father, and my brothers.” 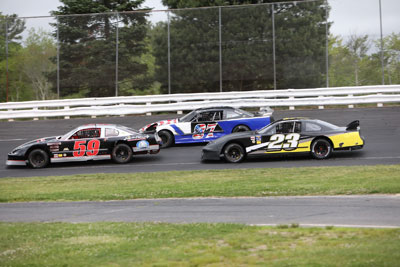 Clement will have his work cut out for himself and his #59 team as they try to get to NAPA Victory Lane for the first time in 2022.  Through the first 6 races, there have been 5 different Limited Late Model winners thus far in 2022 with Hammann the only repeat winner.

“It’s becoming exceedingly more difficult to win races in this division,” said Clement.  “Everybody seems to be picking up the pace and you see Damian Palardy won a couple weeks ago and Devon Jencik won last week and Ari Jencik seems to be picking up speed every week.  Drivers like Rich Hammann and Alexandra Fearn, they’re aggressive right from the start where a driver like Jeremy Lavoie takes a couple of laps to let things settle in.  We have to go out and be aggressive right from the start of the race to drive through the field in time to be there to have a shot at the win at the end of the race.”

With 5 extra laps on the Limited Late Model card this Friday night, Clement says that he won’t change much on the setup of his car but he’ll have to work on saving his car for those final 5 laps as the tendency is for cars to be slower at the end of the race. 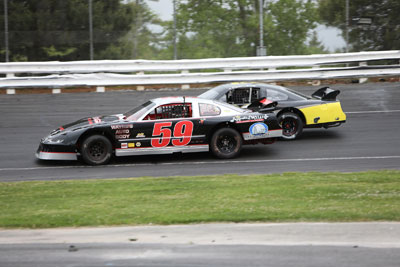 “I think our setup is going to be relatively similar to our 20-lap race setups,” said Clement.  “With the 5 extra laps, most everyone’s cars tend to slow down at the end of races because we hit the right rear tires especially hard so we have to go into this race and take things easy for the first couple laps and see what the car is capable of giving us.  We’re having a good time this season taking things one race at a time.  We’re in the garage more during the week this year than we were last year looking for any extra speed we can find.  My brother Jay is about to graduate from Central CT State University with an engineering degree so I’m always bouncing setup ideas off him because he has a great mind for thinking about how the car will react to certain situations.”

Stafford’s SK Modified®, Late Model, SK Light, and Street Stock divisions will join the Limited Late Models in feature action.  Tickets for the June 17 Weekly Racing program are available now online at StaffordSpeedway.com/tickets and tickets will also be available for purchase at the admission gates.  Tickets are $20.00 for adults, $5.00 for kids 6-14, and free for kids 5 & under.  Reserved seating is priced at $25.00 for all ages and pit passes are $35.00 with a valid 2022 Stafford Competition License and $40.00 without a Stafford license.  If you are unable to attend the event, tune into the live stream on FloRacing, the official streaming partner of Stafford Speedway.