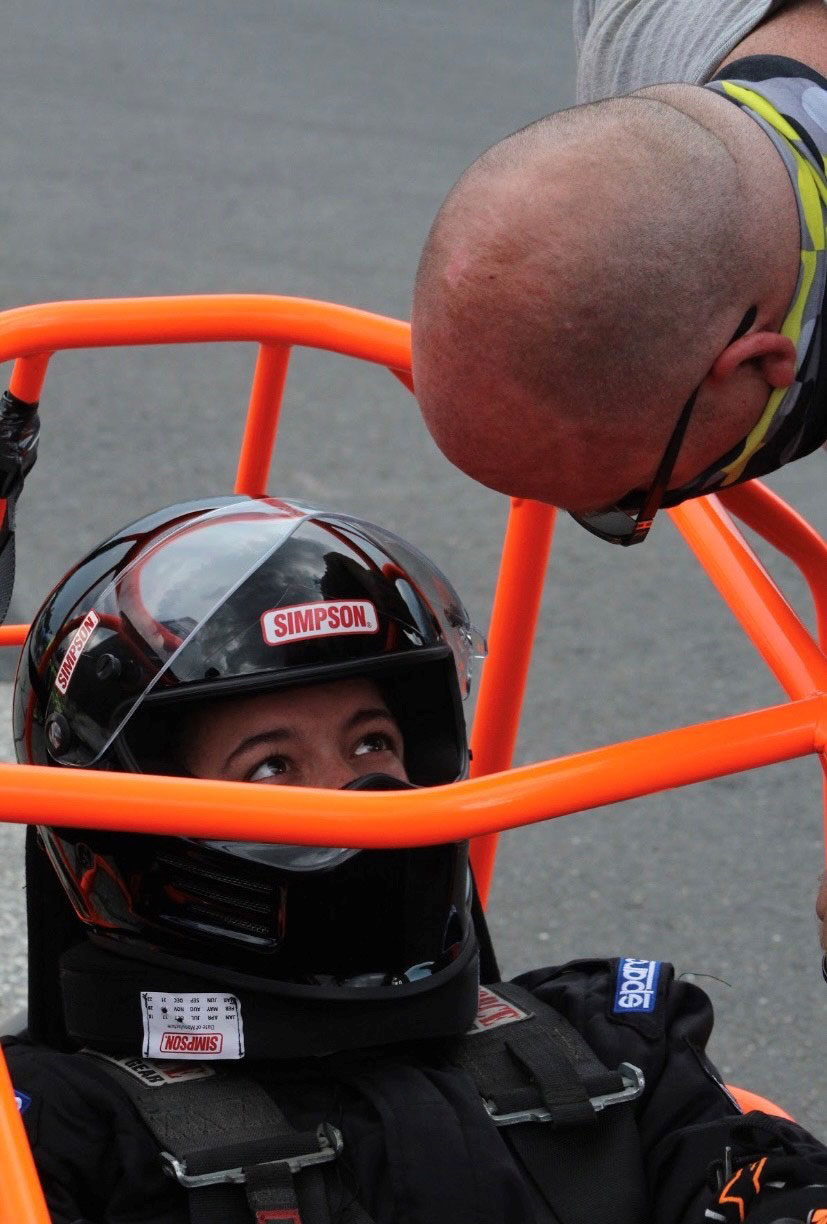 (Stafford Springs, CT)—Following 2 seasons driving in the Monday night Wild Thing Kart Series Senior Outlaw division, third generation driver Dana Wray will join the 2022 Limited Late Model rookie class.  Wray will follow in the footsteps of her Grandfather David, Uncle Dave, and Uncle Mike, who began his Stafford career in the Limited Late Model division after beginning his racing career in the quarter midget and go kart ranks.  Wray will carry the familiar #42 synonymous with Uncle’s Dave and Mike and will carry sponsorship from D’Addio Honey and DMW Graphics.

“I’m both nervous and excited,” said Wray.  “I’ve never driven a standard transmission car before so that’s going to be something new and it’s obviously going to be a big jump up from karts.  But I’m excited about getting to race on Friday nights because I’ve been going to the races at Stafford since before I could talk.  It’s definitely going to be an experience.”

While moving into the Limited Late Model division in 2022 might not have originally been in Wray’s plans, several circumstances, including a connection with a current Stafford Limited Late Model team, played out perfectly to make the 2022 season the right time.

“My dad was in the process of getting a new job that wouldn’t allow us to race on Mondays anymore and the Clement Family had a spare chassis that they decided to give us so we’re going to try out the Limited Late model division,” said Wray.  “I have to give a big thank you to my grandfather from Florida Doug D’Addio, my grandfather Dave Wray, my grandmother Melanie Cacace and my grandfather Mike Cacace, my Dad, Stepmom, my Mom, my Uncles, and all my step siblings, there’s a lot of them, as well as my sponsors DMW Graphics, and D’Addio Honey.”

While Wray has raced around the Stafford Mini-Mile in the WTK ranks, she will be a true rookie driver this season with no prior experience racing around the half-mile layout.  Despite her lack of experience, Wray won’t be starting totally from zero as she can always ask her father Dennis as well as her Uncles Dave and Mike for assistance as they have built up a wealth of knowledge from their years of racing experience at Stafford. 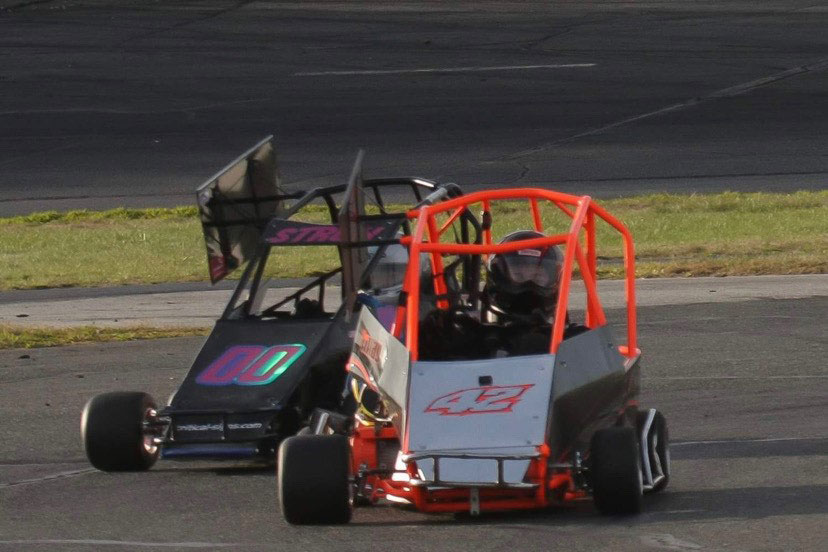 “Having them around is definitely going to help because they know the track more than I do,” said Wray.  “They can help me out with what lines to run and how the track changes going from day to night each week.  My Uncle Mikey started racing in the Limited division so he knows the cars although they’ve changed a bit since he raced but it’s a big help to have them there to show me the ropes.  My dad will also be a big help since he’s been the crew chief for both Mike and Dave.”

With no prior experience racing around the Stafford half-mile, Wray is keeping her goals for her rookie season simple and realistic.

“I’m hoping to just learn the car and the track and get some good finishes,” said Wray.  “If we don’t have any good finishes I guess that will just be part of racing but I’m hoping to finish races on the lead lap and not finish in last place.  The first couple of weeks are going to be very important for me to work with the car and learn how the car handles.  We’ve put this car together pretty much from scratch so we’ll work out any kinks we have and get used to the track.”

While Wray is not listing a race victory among her rookie year goals, that has not stopped the thought from crossing her mind.  Matt Scappini drove to a win last season as a rookie driver, so the feat can be accomplished. 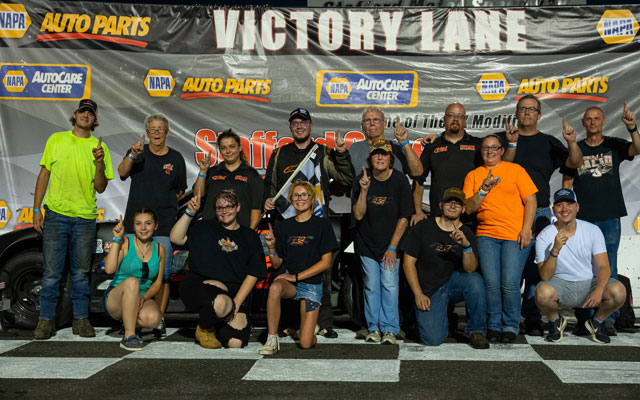 “I’ve thought about winning a race but I don’t know if that’s a possibility for me this year,” said Wray.  “It’s more of a dream for me right now.  I would be very excited to be able to get a top-5 finish this season.  I think that would be a huge step for me and even if it’s because of luck, it would still feel pretty good.  If we can get a top-5 because the car is fast, that would feel really good and it would show that I can compete with the faster cars.”

Wray will begin her rookie season on Saturday, April 23 on NAPA Opening Day as part of NAPA Spring Sizzler® Weekend.  Tickets for the 50th running of the NAPA Auto Parts Spring Sizzler® are now available at staffordspeedway.com/tickets. The two day event begins Saturday, April 23rd with the NAPA Auto Parts Duel, two 40-lap qualifying races that will set the field for the 50th NAPA Spring Sizzler scheduled for April 24th. The PASS Super Late Models and all 5 of Stafford’s weekly divisions as well as the Vintage All-Stars will also be on hand for the weekend.