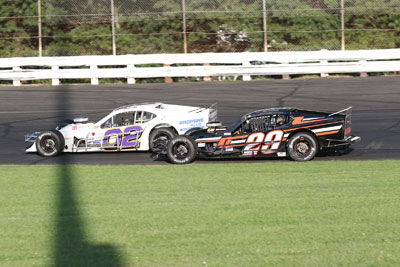 (Stafford Springs, CT)—When Stafford Speedway created the SK Light division back in 2006, hometown driver Chris Matthews quickly established himself as the standout of the division.  He racked up 17 wins over the first three years of the division, which is still the most wins by any driver to date, and claimed the 2007 SK Light championship.  Matthews moved up to the SK Modified® division in 2009 and raced there through the 2012 season before taking several seasons off and then returning to the SK Light division in 2017.  Since returning to the SK Light division, Matthews has yet to return to NAPA Victory Lane, but he is ready to end that drought behind the wheel of his #29 Vernon Chevrolet modified.

“We definitely want to win a race again and I think we’re ready,” said Matthews.  “This off-season we’ve been doing all the normal stuff, going over the car and checking everything to see if it’s right for the beginning of the season.  A win would be huge for us. The main thing is to have fun with my family and everyone on the team and enjoy the season.  Hopefully if we can do that, the wins will come.  We have great support this season from Vernon Chevrolet, Arcari Motor Sales, Chassis Pro, Somersville Auto Sales, and A-Plus Fire Protection, so we have everything we need to win a race, the driver just needs to make it happen.” 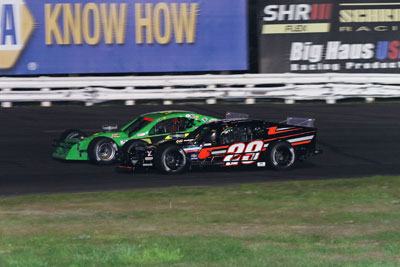 The 2021 season was statistically the best season that Matthews has enjoyed since returning to the SK Light division in 2017 with 5 top-5 and 14 top-10 finishes.  Prior to the 2021 season, Matthews had posted just 9 top-5 finishes total from 2017-2020 and he credits the addition of a new Chassis Pro car as the main catalyst to his resurgence.

“Switching over to Chassis Pro made a huge difference for us,” said Matthews.  “The car feels much better to drive and it made a world of difference for us.  The cars are very good and the guys from Chassis Pro are always eager to help us out if we need some help.  We’re coming back with the same hot rod we had from last year so I think we should be ok with that.”

As Matthews is the only remaining SK Light driver who participated in the inaugural season of 2006 at Stafford, he has seen the division grow over the years and he has a unique perspective on what has changed most since he started racing modifieds. 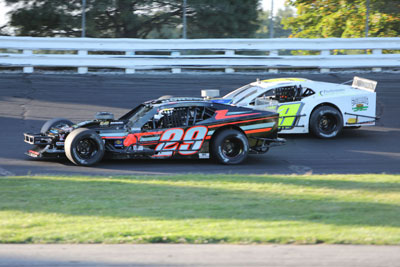 “I would say that everyone is real close with the caliber of their equipment now versus back then,” said Matthews.  “That definitely makes it harder to win a race, but then when you do win, it means that much more and you know you’ve accomplished something.  I’m sure the competition level is going to be top-notch once again.  It seems like every year it gets to be more and more of a challenge to run up front.  Everyone always gets something figured out with their cars and they carry that into the next season.”

While having fun on the racetrack remains his top priority for the 2022 season, Matthews would like to return to the top-5 of the SK Light standings at the end of the season, a position he hasn’t occupied since finishing second in the 2008 SK Light standings.  Matthews also says that his lack of wins hasn’t gotten frustrating but rather he has enjoyed the SK Light division. 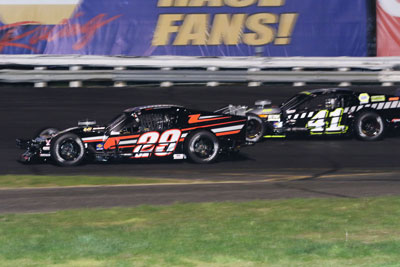 “I really haven’t thought much about the season yet but of course we’d like to be somewhere in the top-5 by the end of the year,” said Matthews.  “That would be great for us if we can do that.  I think it always helps to have previous experience because you know what to expect and you can work from there.  It is what it is with my last win coming in 2008 but it’s always fun going out there.  The SK Light division is plenty good and competitive, which makes it even more fun so it hasn’t been frustrating at all.  The caliber of SK Light teams have definitely stepped things way up and that makes things more exciting for us and for all the fans as well.”

Matthews’ first opportunity to win in 2022 will be on Sunday, April 24 as part of NAPA Spring Sizzler® Weekend.  Tickets for the 50th running of the NAPA Auto Parts Spring Sizzler® are now available at staffordspeedway.com/tickets. The two day event begins Saturday, April 23rd with the NAPA Auto Parts Duel, two 40-lap qualifying races that will set the field for the 50th NAPA Spring Sizzler scheduled for April 24th. The PASS Super Late Models and all 5 of Stafford’s weekly divisions as well as the Vintage All-Stars will also be on hand for the weekend.