(Stafford Springs, CT)—Friday night, June 24, will see Stafford Speedway’s Street Stock division take center stage with their biggest race of the 2022 season, the Midstate Site Development Street Stock Firecracker 30.  The JET Motorsports duo of Bert Ouellette in the #51 JET Electric Chevrolet and Tyler Trott in the #80 JHS Roofing Chevrolet have recorded top-10 finishes in all but one race thus far in the 2022 season and they both have their eyes set on winning the biggest Street Stock race of the season. 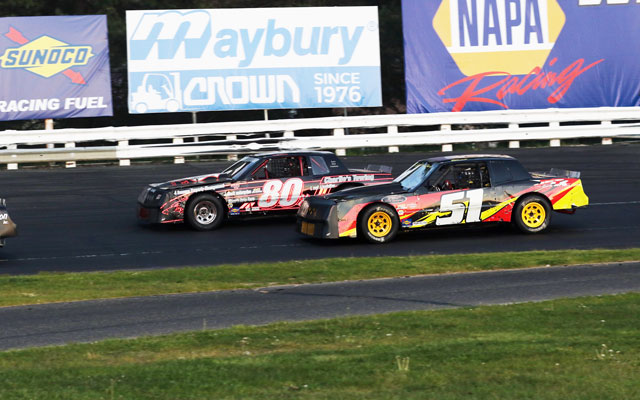 “It’s been a pretty solid season for us up to this point,” said Ouellette.  “We’ve been points racing and trying to be smart and knowing that if you’re there at the end every week you have a chance.  We’re getting after it and I’m feeling good about the 30 lapper.  Except for the rear end failing last Friday night, the best my car has been this year was last Friday night.  I’m looking forward to the race and having a good chance to win it.  Winning this race would be great and for our team’s first win of the 2022 season to be the 30 lapper, it’s the biggest race of the season and it’s always a race that you want to win.” 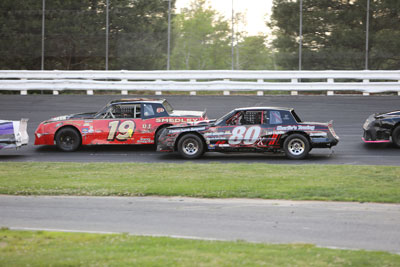 “The season has been pretty good for us so far,” said Trott.  “We’re just trying to stay consistent because there’s a long season still to go and we want to stay in the points race.  When I first came back to Stafford, one of the first races they had was the Firecracker 30 for the Street Stocks and I’ve been saying for the last couple years that I want to win that race.  The key will be to not use the car up early in the race and try to save something for the last 10 or 12 laps.  Usually the car is going to be what it is, it’s all going to come down to how you drive the car.  I think if we can get a good starting position this Friday night, count on seeing the #80 up there for sure.”

The JET Motorsports team began to flash some speed in their cars at the end of the 2021 season with Ouellette collecting his first Street Stock victory on Sept. 24.  Through the first 6 races of the 2022 season, Ouellette has 5 top-7 finishes with the lone blemish on his resume a 19th place finish last Friday night due to a rear end failure while Trott has recorded top-9 finishes in all 6 of his starts. 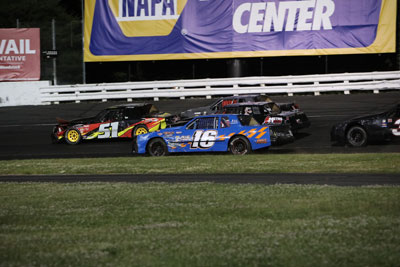 “With the way we finished last season we kind of expected to be a contender this season,” said Ouellette.  “Tyler had a lot of speed last season but didn’t have a lot of luck so we figured if we could be smart and kind of make our own luck to a certain extent, we’d be good.  We seemed to figure something out towards the end of last season that really kind of gave us stability as well as speed in our cars.”

“We’ve shown speed right from the jump this year,” said Trott.  “The cards will always fall where they may and to hit on a win we need to be just right.  Our ritual has stayed the same and we just have to keep on maintaining the cars and making sure they’re on the up and up and staying fast.  I’ve been running at Stafford for a while and I’ve had some up and down seasons but this is definitely one of my best years.  I’m trying to not get too ahead of myself because there’s still a long way to go.” 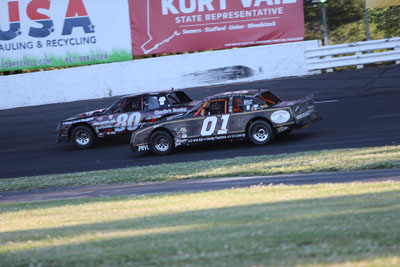 Both Ouellette and Trott have been close to reaching NAPA Victory Lane this season with Ouellette’s best finish a 2nd place on May 13 while Trott’s best finish has been a pair of 4th place finishes.  Both drivers feel like their first win of 2022 will be a matter of when and not if and Trott is looking for his first win since the 2016 season.

“We’ve made a couple of changes on my car and I think we’re real close to our first win,” said Ouellette.  “At the moment we’re not really worried about winning races, we’re more focused on just being there at the end of the races.  If you’re there every week, the wins will come at some point.  The biggest thing is we’ve been trying to keep our heads on our shoulders and not do anything that might put us in a hole because we know we have a good car underneath us and we have experience.  Before each race Tyler and I always say to each other to be smart and be there at the end of the race and that’s been working pretty well for us so far.” 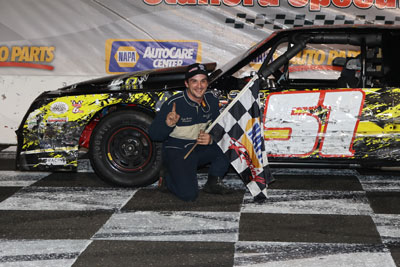 “I think that first win is right around the corner for us,” said Trott.  “Like I said, the cards have to fall just right for us and hopefully that will be this Friday night.  It would be an indescribable feeling to win a race again.  I’ve wanted to get back to victory lane now for the past few years but we haven’t had the car up to par.  I think joining forces with Bert has helped us put all the pieces of the puzzle together, we’ve just got to get there now.”

Trott and Ouellette head into the MSD Firecracker 30 sitting 3rd and 4th in the Street Stock points standings thanks to their strong starts to the season.  While both drivers know they have to keep on finishing up front to stay in the thick of the points duel, they’re confident they have what it takes and can get the job done.

“We can’t have any more DNF’s and we just need to continue to have our eyes up and be smart about things,” said Ouellette.  “We’ve been having a blast being up front every week and we’re having a lot of fun racing and working together.  It’s great to be able to go back to the shop after the race and talk about the races and this season has been everything we’ve been hoping for.  We’d like to get some more podium finishes for sure and it’s always fun when we can bring the cars home clean.  Thanks to Ricky Breen Painting, American Signs, Top Level Detailing, JET Electric, and Back Roads BBQ.” 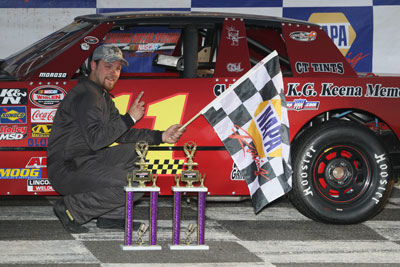 “It’s just a matter of making sure everything is nutted and bolted on the cars so we don’t have any failures,” said Trott.  “Unfortunately we did have a failure on Bert’s car last week but I don’t think that’s because of anything we did, it was just a part failure and that kind of stuff happens in racing.  This season has been a blast.  You don’t realize it when you’re actually in the car, but there’s a whole group of people in the stands who wish they could be where we are at right now and that’s a good feeling for sure.  As my Dad has been saying every week, the key is to finish every lap of every race so that’s been our goal.  It’s a little too early in the year to put yourself in a situation that might kick you out of the points race so we’re just trying to finish every race.  Thanks to my father Jason Trott, Back Roads Smokin BBQ, Charlie’s Towing, Sue’s Shirt Creations, and JET Motorsports.”

Stafford’s SK Modified®, Late Model, SK Light, and Limited Late Model divisions will join the Street Stocks in feature action this Friday night with fireworks to follow the feature action at the end of the night.  Tickets for the June 24 MSD Street Stock 30 are available now online at StaffordSpeedway.com/tickets and tickets will also be available for purchase at the admission gates.  Tickets are $23.00 for adults, $5.00 for kids 6-14, and free for kids 5 & under.  Reserved seating is priced at $28.00 for all ages and pit passes are $35.00 with a valid 2022 Stafford Competition License and $40.00 without a Stafford license.  If you are unable to attend the event, tune into the live stream on FloRacing, the official streaming partner of Stafford Speedway.