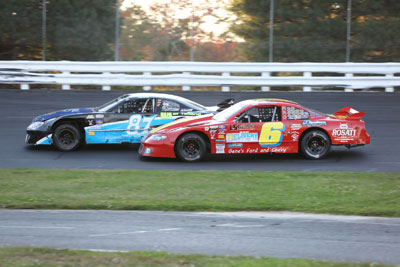 (Stafford Springs, CT)—As he prepares for his third full season of Limited Late Model competition at Stafford Motor Speedway, 17 year old Willington native Damian Palardy has a renewed sense of confidence.  Over the off-season, Palardy and his father R.J. Surdell have been busy outfitting his #87 Casagrande Builders / NAPA of Tolland Chevrolet, which Palardy feels will give him a leg up in his quest to secure his very first career feature victory.

“We’ll be using the same chassis as the last 2 seasons but we have a new front and rear clip on the car,” said Palardy.  “We’ll have a new car and a new motor, so my plan is to push the car to its limits to figure the car out and try to get my first win this season.  I’m a little more confident this year having 2 years of experience.  I understand the track and my line around the track, I just have to get used to a car that will turn a lot better than what I used to have with the two new clips.  I have to thank NAPA of Tolland for supporting us for all these years as well as Casagrande Builders, Standard Welding, and Surdell Motorsports.”

The new chassis components and engine aren’t the only things that has Palardy feeling confident about notching his first victory in 2022.  Towards the end of the 2021 season, Palardy felt he was a little too hard on the brakes going into the corners.  He changed up his braking technique and managed to finish 7th, 6th, and 5th in the final three races of the 2021 season with the 5th place effort matching his career best finish set earlier in the season. 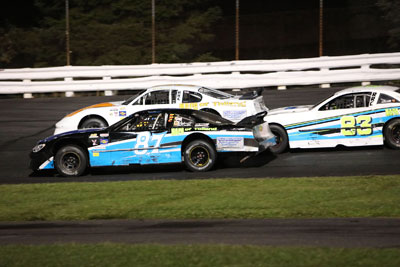 “I have a lot more confidence coming into this season because I really learned a lot about the car from that last race of the season,” said Palardy.  “My biggest fault last year was getting into the corners.  I would jab the brakes a little too hard because I didn’t think the car would turn in the corner so I picked up a lot of time when I realized I was braking way more than I should have been.”

Another resource that Palardy relied on during the 2021 season was racing alongside his father.  As a 2-car team, Palardy and Surdell were able to exchange setup notes in order to extract performance from their cars.

“Being able to work with my Dad helped a lot because we didn’t have to guess with my setup,” said Palardy.  “We took the setup from his car and put it in my car and they were very similar in how the car reacted.  Plus it was a lot of fun racing against my Dad, I would push him around some and then he would push me around as payback so we had a good family competition.  I’m not sure yet what his plans are going to be for 2022, he might do a few races in the Late Model division and a few races in the Limited Late Model division.” 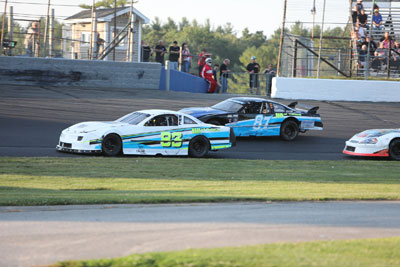 Palardy will get a good idea of how his 2022 season might shape out with the open practice session scheduled for Saturday, April 16, the final week before the 50th Annual NAPA Spring Sizzler® on April 23-24.  Palardy will adapt the same mindset he had while racing in Wild Thing Karts where he won the 2016 Tiger B championship.

“I’ve always loved going to open practice sessions, even when I was in karts,” said Palardy.  “After a couple seasons in karts, I was picking things up really well and I started to be very consistent on the track and I feel like I can do the same thing in the Limited division.  My mindset is always to go in with an open mind and try to not repeat what I did the previous season and then get into a rhythm.  Once I get into a rhythm, I stick with that for the rest of the season.”

If Palardy can extract the speed he needs from his car in order to be a front runner this season over the first few races of the season, he feels like the wins will follow. 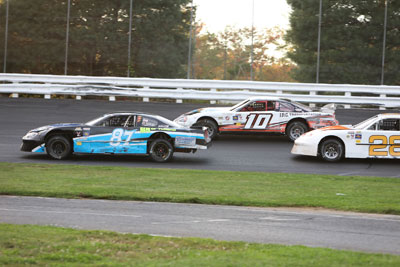 “If the year starts out great and we come out like a rocketship, a championship might be a possibility,” said Palardy.  “But if I’m still learning things at the start of the year then probably not.  I’d like to be a lot more consistent in the top-5 this season and a win would be a great accomplishment for me and I know my Dad would be very proud.  Once I get that first win, I’m not going to let up until I can win a championship.  Not winning a race the last couple of years has only made me want to win even more, but I can’t get greedy because the last time I did that in karts it didn’t end well for me.  But you have to learn things by doing.”

Palardy and the Limited Late Model cars will hit the track for the first time in 2022 on Saturday, April 23 on NAPA Opening Day as part of NAPA Spring Sizzler® Weekend.  Tickets for the 50th running of the NAPA Auto Parts Spring Sizzler® are now available at staffordspeedway.com/tickets. The two day event begins Saturday, April 23rd with the NAPA Auto Parts Duel, two 40-lap qualifying races that will set the field for the 50th NAPA Spring Sizzler scheduled for April 24th. The PASS Super Late Models and all 5 of Stafford’s weekly divisions as well as the Vintage All-Stars will also be on hand for the weekend.