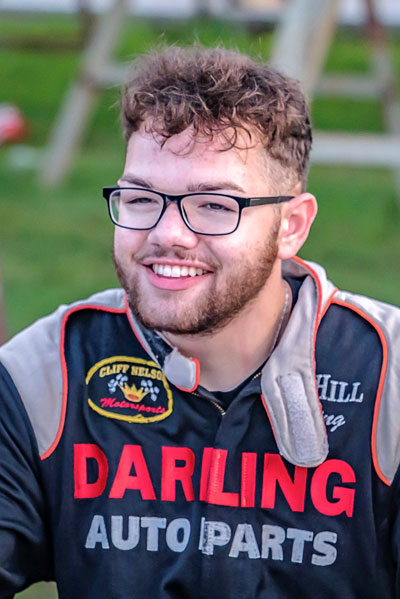 (Stafford Springs, CT)—So close and yet so far.  Those words sum up Alexander Pearl’s last three seasons in Stafford Speedway’s SK Light division.  Pearl finished third in the 2019 standings, 4th in the 2020 standings, and third in last year’s standings, only 4 points behind Derek Debbis and Brian Sullivan, who finished tied.  With the 2022 season ready to kick off in roughly a month’s time, Pearl has his eyes set squarely on taking his #7 Darling Auto Parts car to the top spot in the standings when it concludes in October.

“I’m really excited for the 2022 season,” said Pearl.  “After being down in Florida for Speedweeks, when I left I was ready to go racing at Stafford.  We have less than a month until the season starts, I think about it every day and I’m ready to go.  We’ve been so close the last couple years and with the experience we’ve gained by being in those situations you can only get better.  It’s definitely been frustrating at times, but I’m just going to keep on trying my best and I know one of these years we’ll get it.  I have to thank my entire crew for their help both during the season and the off-season, and I have so many sponsors to thank but I really have to thank Darling Auto Parts, E.B. Exterminating, The Wheel Shop, Steve and Wendy, and Mike V. for all their help.”

Pearl knows that in order to achieve his goal, it’s far more likely than not that he will need to win races during the season.  Pearl has 8 career SK Light feature wins and he has recorded at least one SK Light win in each of the past four seasons with a career best season of four wins coming back in 2020. 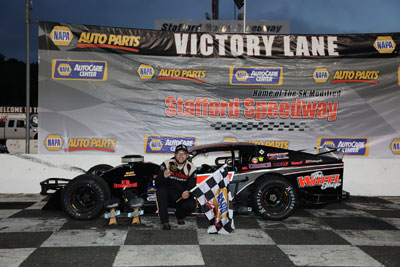 “Our number one goal this year is to win the championship and in order to do that, we’re going to have to win some races,” said Pearl.  “My goal for this season is to win at least four races.  Last year we were very consistent but I was a little disappointed because we only won one race, I think that’s what separated me from the guys I was racing against.  We were down a little on raw speed and that hurt us, but I was still very fortunate to be in the position I was in last season.  We won 4 races in the shortened 2020 season so I think that’s an attainable number for us.  We have the power to do that and it’s going to take at least that many wins for us to separate ourselves from the rest of the competition.”

Another hurdle for Pearl to leap if he wants to become champion will be finishing in front of defending SK Light champion Derek Debbis.  Debbis won 5 races as a rookie in 2020 and he won 7 races last season to win the championship by virtue of a tiebreaker with his 7 wins to Brian Sullivan’s 4 wins. 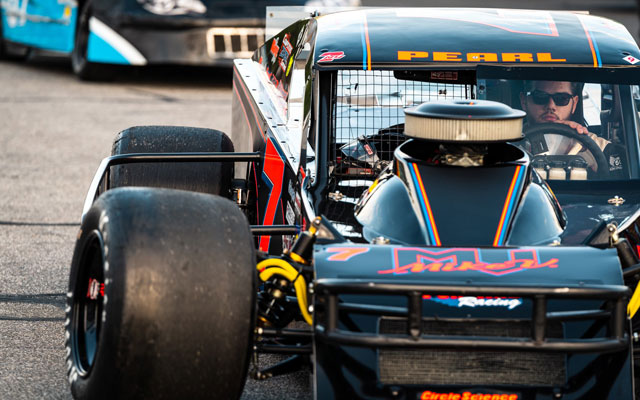 “I think the 56 [Debbis] is going to be the car to beat and be the favorite this year,” said Pearl.  “We’re two different types of drivers and I’m sure they’re going to get wins like they have the last 2 years so we’ll have to measure ourselves off of them a little.”

The 2022 season will mark Pearl’s fifth full season of SK Light competition at Stafford and after tinkering with his #7 machine throughout the 2021 season, he is looking to put his lessons learned to the test to help him reach his goal.

“I was just thinking the other day that this is going to be my fifth season at Stafford,” said Pearl.  “We tried a lot of different things last season with the car so we have some good ideas to work from.  Experience helps a lot and the special thing about the SK Light division is there’s a mix of people who have been doing this a long time, there’s new drivers who are fast, and then there’s guys in the middle like me that have been doing this for a couple years.  Everything changes throughout the season so we’re going to have to stay on top of things and our experience is going to be the biggest thing to help catapult us towards some wins this year.” 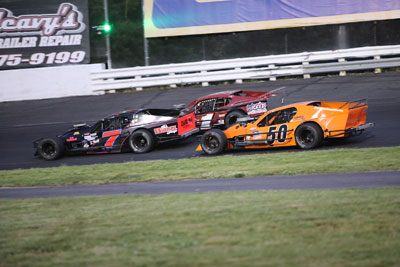 The key to winning any championship is to consistently finish up front and avoid any situations that might take a driver out of a race.  With the exception of the 40-lap Dunleavy’s Modifiedz Night set for July 8, SK Light drivers only have 20 laps every Friday night to find their way to the front.  Even though Pearl is heading into his fifth season, he is still coming to grips with having to charge to the front in a short amount of time.

“We have to figure some things out in order to be faster come feature time and minimizing our mistakes coming through traffic early in the races will be the keys for us to get to that 4 win number,” said Pearl.  “My driving style isn’t really for a 20-lap sprint so that’s taken some getting used to.  I’ve gotten better at it but there’s still a lot for me to improve on and I want to be the best driver there is whether it’s a 20-lap race or a longer race.  The SK Light division is crazy competitive.  Every year there’s drivers who leave the division but there’s always new drivers who come in and take their place as being fast drivers.  That’s what makes the SK Lights special and the fans like the division as well.”

Pearl’s first opportunity to add to his win total will be on Sunday, April 24 as part of NAPA Spring Sizzler® Weekend.  Tickets for the 50th running of the NAPA Auto Parts Spring Sizzler® are now available at staffordspeedway.com/tickets. The two day event begins Saturday, April 23rd with the NAPA Auto Parts Duel, two 40-lap qualifying races that will set the field for the 50th NAPA Spring Sizzler scheduled for April 24th. The PASS Super Late Models and all 5 of Stafford’s weekly divisions as well as the Vintage All-Stars will also be on hand for the weekend.