(Stafford Springs, CT)—For the 10th consecutive season, rookie drivers in Stafford Speedway’s SK Light, Limited Late Model, and Street Stock divisions will all be racing for a $500 end of season bonus that will be provided by R.A.D. Auto Machine of Ludlow, MA.  The highest finishing rookie drivers in each division will receive a $500 bonus and all drivers who have made less than 5 division starts in previous seasons are eligible to compete in the R.A.D. Rookie of the Year program. 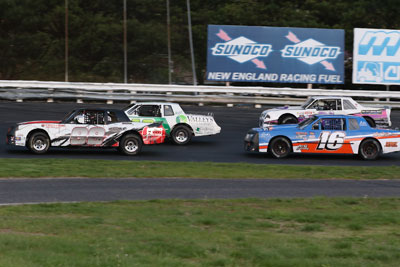 “Being that the Limited Late Models and Street Stocks are the beginner divisions at Stafford, those teams don’t usually have the funding that some of the larger teams you see in the SK Modified® or Late Model divisions,” said Don Wood, owner of R.A.D. Auto Machine.  “They’re also both crate engine divisions, which goes through us, so we like to be able to give something back to the drivers on a weekly basis.  We like helping smaller teams who might need some bonus money and rather than giving teams a tire or something like that, a monetary bonus lets the teams spend that money on whatever they might need for their car.  Both my son Josh and I have raced in the Street Stock and Limited Late Model divisions so we know what it takes to keep cars on the track.” 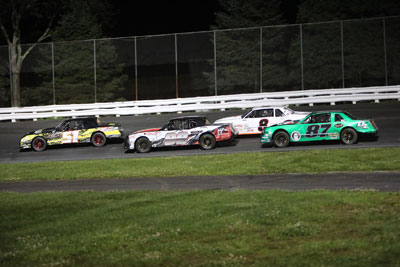 R.A.D. Auto Machine, owned and operated by Don Wood, is the exclusive engine supplier of the Limited Late Model and SK Light Modified divisions. With over 30 years of experience, R.A.D. is an engine rebuilding facility with full service machine shop capabilities.  For more information on R.A.D. Automachine visit their website www.radautomachine.com or call 413-583-4414.

“We rebuild circle track engines, all sorts of vintage muscle car engines and diesel engines, so we’re a complete engine shop,” said Wood.  “We have 2 dyno’s at our facility as well as CNC machines for blueprinting engine blocks, so we have top notch equipment in our shop and we do all of our work in house.”